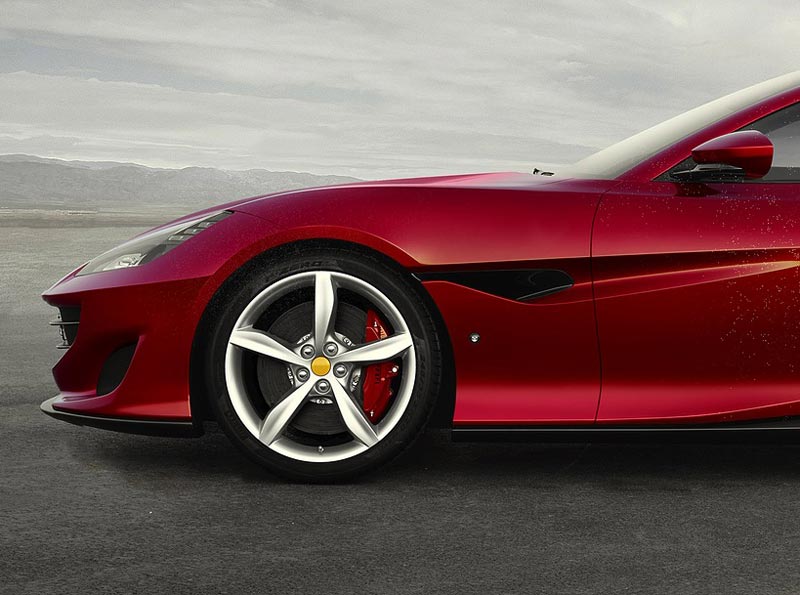 Luxury cars of the future were once the stuff of science fiction and museum-worthy displays. And the history of futuristic cars stretches back for decades. According to the Smithsonian, the Tucker was acclaimed as the 1940s car of the future. The Tucker Torpedo was unveiled in 1946 as a sedan featuring swooping lines, third centered headlights that swiveled to light the corners and fenders that pivoted. There were also disc brakes and a pop-out windshield to eject during a crash and protect its passengers. But the business model lagged and the Great Depression created a lag in the industry.

But what the Tucker was missing was that element of high-end luxury. Today’s futuristic cars are transforming the concept of luxury and are already on the roads making a splash. If you’re ready to catch a glimpse of sci-fi worthy vehicles that are on the road today, here are three of the most futuristic luxury cars on the road today.

The BMW i3 is reminiscent of the Batmobile with scissor doors that open upwards that are crafted from aluminum, carbon and thermoplastic to make them lightweight and easy to manage. Joyriders can go from zero to 60 mph in just over four seconds. But instead of actually opening your doors yourself, you can use your sleek water-resistant iPhone X with OLED screen to unlock the doors or crank up the AC before you ever step inside.

Actors Anne Hathaway and Mark Ruffalo are both fans of the BMW i3 and probably don’t have too much trouble affording its $45,445 price tag. Hopefully, they don’t show up at the same event with the same colored car or that might be embarrassing.

You can drive in bumper to bumper traffic in style with the Tesla Model X P100D on autopilot and still look amazing. Falcon-doors open upwards to envelop drivers in high-tech luxury. Drivers get through traffic jams smoothly where the car can see the lines on either side of your line and in front of it.

Of course, once you’re out of traffic it accelerates up to 60 mph in 2.9 seconds without interruption. It also has the ability to update its software remotely without a trip to the service center. The Tesla X retails for $138,800. But that’s just the base price. You might as well upgrade up to the $162,000 for more bells and whistles. We’ll see which celebrities decide to bring home the Tesla P100D for themselves, but actors like Ben Affleck, Cameron Diaz and Will Smith have been seen slipping into Tesla models.

For an ultra-aerodynamic look that conjures images of flying cars and alien spacecraft, the Alfa Romeo 4C accelerates from 0 to 60mph in 4.1 seconds. The 4C has two center-mounted tailpipes for a roaring acceleration effect, carbon fiber side vents for a sporty allure and a decked out sound system. Crystal clear sound is enhanced by two tweeters, two mid-woofers, an amplifier and subwoofer.

This car may be best suited for both the young and young at heart. Nineteen-year-old Australian singer and dancer Cody Simpson has been seen confidently jetting around in an Alfa Romeo 4C. You may have to be relatively wealthy for the $55,900 and up price tag, but that doesn’t mean you can’t embrace your youthful adventure and take a joy ride.

Futuristic shouldn’t mean tattered spacecraft and odd-ball inventions. It can also mean ultimate luxury with a twist. With these three luxury cars on the marketplace, you can find a place to combine your love for both.

Maserati Reveals A New Engine And A New Era Begins!

How Your Car Can Define Your Lifestyle

What Type of Luxury Vehicle Are You?

Here is what Ferrari showcased during the Zurich Auto Show 2018