Europe. It’s a familiar continent yet it offers a wide and varied number of cultures. Turn a corner and there’ll always be something new to discover. Whether it’s castles or cathedrals, scenic beauty or gritty realism, Europe offers something for everyone. Travelling by road is by far the best way to see all these European treasures be it in your own car or a classic car or even from behind the wheel of a supercar rental. Driving gives us the option to stop where we please thanks to a wealth of hotels, gîtes and pensions. Driving for pleasure is a wonderful way to spend a holiday and it’s always good to seek out those special routes. Some are very well known but there are others on the list that offers up new vistas and surprises. 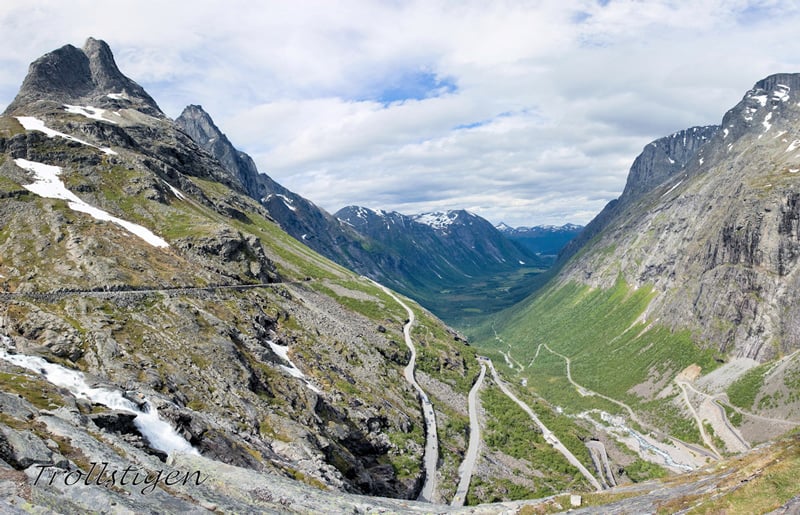 This historic drive was originally taken in 1815 by the eponymous French Emperor, although he probably did it on a horse. The beauty of this journey is thanks not only to the fabulous scenery and views but also because the current roads seem built especially for keen drivers, thanks to cambered corners and smooth surfaces.

The Road of Death

The ‘Ruta de la Muerte’ is also less evocatively known as the N340 on the south coast of Spain. This hair-raising road is now bypassed by a major highway for safety’s sake but where’s the fun in that? Depart from Malaga and end up on the coast road at which point the enthusiast driver will not only encounter huge trucks, sozzled Spaniards and boozy, beery Brits but also some magnificent coastal scenery as the road twists, turns and narrows. Fortunately, the new road has taken away a lot of the traffic but care is still needed. It’s a great drive all the way to Balanegra.

Many countries have their own favourite ‘road of death’, which is a bit harsh perhaps but does at least give fair warning to visiting motorists. In Norway for example, they have the Trollstigen (The Troll Ladder). This stretch of road climbing up through the mountains is not especially long, but this justifiably famous National Tourist Route from Geiranger to the bottom of the Romsdal Valley covers a route of some 100km. It takes drivers through the mighty nature of Fjord Norway and offers breathtaking views, steep mountain slopes and high waterfalls, but care is always needed in the Norwegian climate. Is it any wonder that trolls get such a bad press?

That this is possibly one of the most famous drives in the world should not distract from the fact that it deserves the accolade. In 1953, the writer John Steinbeck wrote, “we hit the coast, a road, high, high above the blue sea, that hooked and corkscrewed on the edge of nothing, a road carefully designed to be a little narrower than two cars side by side.”

Of course, since those golden days of Ferrari motoring, the modern world has intruded but it still remains one of the best routes, especially at the point when the passengers glimpse the Isle of Capri glistening in the Mediterranean.

There’s little wonder that sports car enthusiasts head to this high Alpine road which passes through the Hohe Tauern National Park in Austria. This one’s a bit of side trip being only about 48km in length yet it repays the driver with stunning views over the range of thirty-seven mountains as the road climbs to 2,504 metres, drawing drivers in with a series of no less than thirty-six challenging hairpin bends. Ideal territory for classic sports car hire.

Who said Europe was just about motoring rules and regulations?