London‘s claims as a capital of commerce and culture remains unchallenged and commercial properties in the UK capital are coveted. But investing in prime property here can be challenging — the best locations are snapped up super-fast and it’s hard to predict the next prime spot for investment. So here are London’s five hottest commercial locations — take a look to see which spot suits your project perfectly.

The Home of the UK Home Office was once criticised for its drab concrete architecture — but it’s now home to some of South London’s best shops and bars. The Westfield shopping centre is a mercantile mecca for bargain-hunters from across the city and the Gatwick Express makes it a stone’s throw train trip away from the centre. So East Croydon is particularly primed for property investment and is definitely worth consideration, depending on the nature of your business.

Property prices in Forest Gate have risen by 57 per cent since work began on Crossrail in 2009 — and the Olympic Games brought the bonus of further gentrification. The East London location is home to a host of brilliant bars and restaurants like The Corner Kitchen, The Golden Fleece, Pandas Kitchen and Pie Republic. So if you’re planning to carve out a succulent slice of culinary footfall, this could be a prime spot. 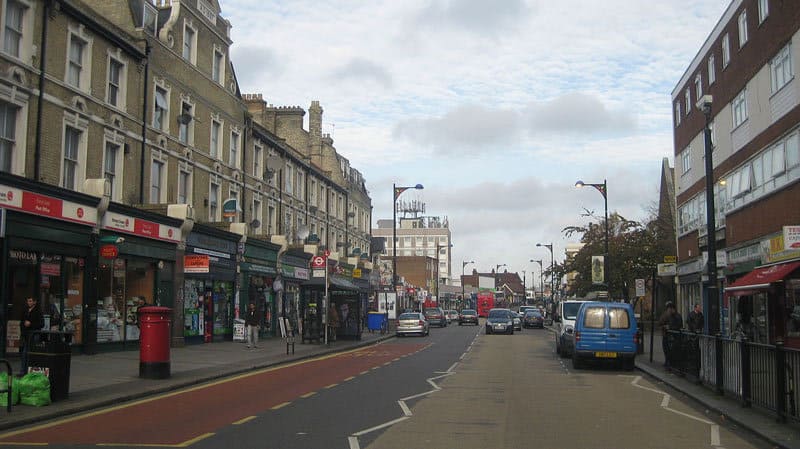 This part of central has become a commercial property hotspot thanks to hosting Silicon Roundabout — one of the UK’s fastest growing tech districts. And if you’re launching a tech startup you’d be in good company — it’s home to dynamic firms like Improbable, valued at US $1 billion just five years after it was founded. Farringdon will also benefit from Crossrail — when the Elizabeth line opens on 2018 it will be one of the busiest stations in the UK, connected to Thameslink, the London Underground and three of the capital’s five airports. Move fast if you want to secure the best locations, though — with this level of investment prices are sure to continue surging.

Shoreditch and Hoxton are home to some of London’s trendiest hotels and restaurants. The Curtain hotel has fast become a favourite thanks to its chic décor and in-house Red Rooster restaurant. Foodies rave about the artisan fare at The Brick Lane Beigel and the Queen Of Hoxton provides one of the best nights out in London — it’s an ‘adult youth club’ complete with ping-pong, retro games arcade, basement disco and rooftop restaurant. So if your business has a quirky edge, Shoreditch and Hoxton are the places to be.

Ealing is a magnet for film buffs keen to visit Ealing Studios, where movies like The Ladykillers and The Lavender Hill Mob were made. But the West London borough is also home to The Musical Museum, The Questors Theatre and the Ealing Jazz Festival — providing prime pickings for visiting culture vultures. It’s home to a fine selection of cool bars and restaurants and sports fans can take a short trip from Ealing Broadway station to Wembley Stadium to catch a match or take a tour. So this borough is certainly suited to a diverse range of shop properties. Finding a fantastic shop for rent in London can be frustrating — but an online registry like Shop Property can help separate the wheat from the chaff. And you’re sure of sizzling sales with a shop property in one of these hot London locations.