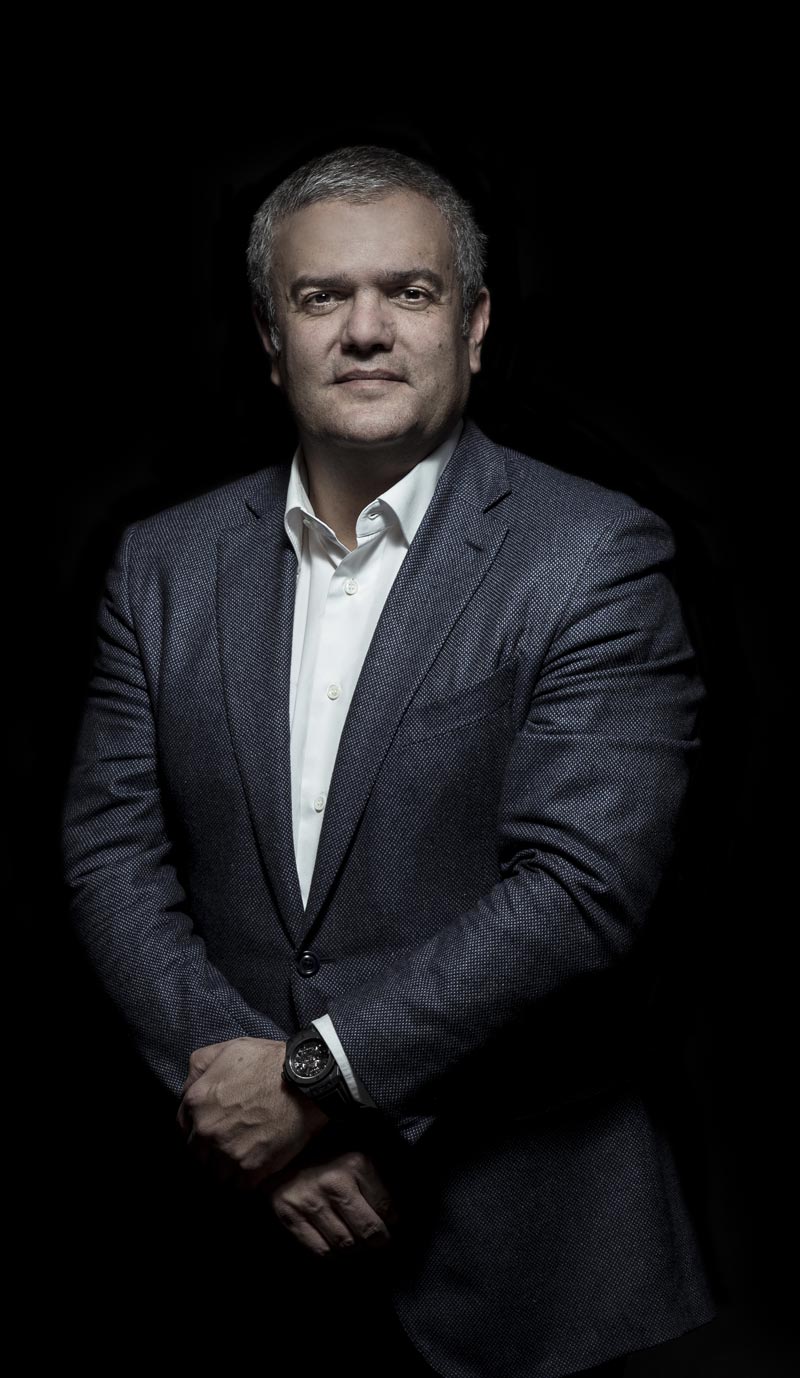 Pour la version française, cliquez ici. Behind great brands are great men. Hublot  is not an exception. This week, the LuxuryActivist team had the privilege to obtain an exclusive private interview with Mr Ricardo Guadalupe, Hublot’s CEO. We met a determined man, very passionate for what he does and definitely the engine of Hublot’s current success. His strong experience within the Swiss watchmaking industry gives him a clear vision on where he should lead Hublot and he has the entire… 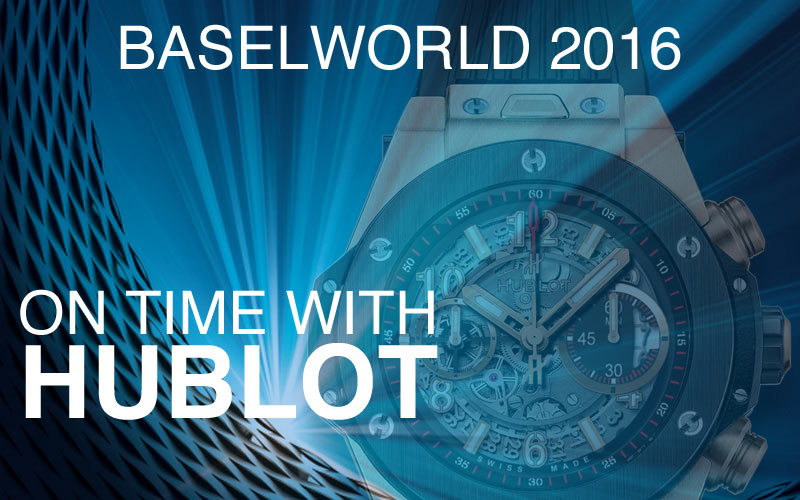 Check here the new watches by Hublot. With this new edition of Baselworld, Hublot successfully launched amazing new timepieces for the joy of some happy few. Discover here.

Hublot Palace, the place to be in Rio de Janeiro

While the heart of Football aficionados is beating faster than never, Hublot is celebrating the Brazil world football cup as we would expect: in a very unique way. For that, they revealed the Hublot Palace hotel ob Copacabana beach in Rio de Janeiro. Hublot loves football As you know, Hublot is the official timekeeper of FIFA event and as official timepiece ambassador, well Hublot loves football! This is actually the name of the current campaign that the Swiss watch-maker is…

This week it was announced the collaboration between the prestigious Swiss watchmaker Hublot and the Office des Vins Vaudois (The Office of Vaud wines). This  association starts with a 3 years collaboration and we could summarize it as a true Swiss story. The partnership started with a 30 years old friendship between Jean Claude Biver, head of LVMH Luxury Watches, and Pierre Keller, the President of the Vaud wine office. This news reflects what we could call the Swiss ingenuity….

Hublot revealed a new Limited edition called MP-05 LaFerrari. It was one of the highlights at Baselworld this year. And if you think Hublot is innovative, you do not realize how far they are ready to go in order to create outstanding timepieces. Check this out. Every year all great Watch manufacturers meet at Baselworld and their aim is to make their annual business and for sure to compete in terms of innovation and their capacity of being outstanding. And…

Audi in partnership with Nixynova Motoren Pvt. Ltd have moved into a bigger showroom in Ahmedabad, Gujarat, which will now display entire range of Audi cars that is on offer in the country.

The luxury brand has also opened its largest dealership in Dubai with local dealer Al Nabooda Automobiles, which will be display up to 57 new vehicles over three levels. The Audi Terminal Dubai features floor-to-ceiling screens displaying the complete Audi model range including all equipment options, features and technical details on a 1:1 scale.

Boucheron has debuted a new retail design concept in Hong Kong, a model that will be replicated across all the brand’s stores starting with an overhaul in Paris. The 80sqm space has been designed with luminosity in mind, harking back to the first atelier on Paris’ Place Vendome, where the workshop was flooded with light that highlighted the brilliance of the stones.

Breguet has unveiled its latest boutique in Abu Dhabi, located in the high standing commercial building “Etihad Towers”. The 32nd monobrand boutique worldwide showcases a mix of timepieces and gem-set Haute Joaillerie creations across 60sqm, in keeping with its global retail design concept launched in 2012.

Burberry has launched its second largest store in North America in Chicago, meshing digital, entertainment and fashion in one seamless experience across five-floors. The store houses the first beauty consultation counter in North America and will carry an exclusive, limited edition collection of outerwear and non-apparel for both men and women, created to celebrate Burberry in Chicago.

Chanel has opened its first dedicated watch store in Europe on the first floor of Paris department store Galeries Lafayette, to house its Premire and J12 lines in addition to the new Mademoiselle Priv collection. The 25sqm concession is decorated in the brand’s signature black, beige and gold.

Chopard has launched its latest boutique at Abu Dhabi’s Marina Mall, in partnership with Abu Dhabi distributor Al Manara International Jewellery. Created by architect Thierry Despont, the dcor reflects that of a welcoming living room boasting fine woods for the floors and leather for the wall panels, store fixtures and furniture fronts and luscious velvet for curtains and upholstery.

Christian Louboutin has unveiled its first store dedicated to men in the United Kingdom, to carry a range of shoes, sneakers, bags and accessories. The 170sqm Dover Street flagship has been realised by New York architects 212box, the same architects responsible for Christian Louboutin stores worldwide.

Dior Homme is the latest brand to launch in Miami’s new Design District, showcasing sleek architecture, minimalist decor, and luxe materials. To highlight the opening, Dior Homme collaborated with artist and photographer, Bruce Weber, to curate an exclusive film titled, “Can I Make the Music Fly,” that can be viewed here.

Elie Saab has opened a new 155sqm boutique overlooking Lake Leman in Geneva, Switzerland. Saab himself, in collaboration with architect Chakib Richani, has designed the dual-level space. The store will showcase the designer’s accessories and ready-to-wear items from both the autumn and winter 2012-2013 and pre-fall 2012 collections.

London-based boutique luxury carmaker, Eterniti Motors, has officially launched its first showroom with a 930sqm facility in Park Royal, northwest London. Eterniti-owned showrooms will open in Asia in 2013, beginning with Hong Kong, which will serve as the company’s Asia-Pacific hub.

Gucci has opened its fifth and largest store in India at The Oberoi in Gurgaon, New Delhi, in keeping with the new design concept by Creative Director Frida Giannini. The near-400sqm space has been realised in ribbed glass, warm polished gold, smoked mirror and smoked bronze glass, recalling the elegance and richness of the Art Deco era.

IWC has unveiled flagship boutiques in Beijing, Miami & Sao Paulo. The Beijing store features a 300sqm bi-level glass cube facade, a brainchild of in-house designers and architects. Each boutique is fitted out with sumptuous dark woods and exquisite materials, inviting customers to explore the six fascinating watch families along with boutique-exclusive editions.

Jaguar Land Rover has inaugurated its100th retail space in China, with the Beijing Changjiushida 4S Center in the heart of the city. The state-of-the-art repair centre and showroom, operated in partnership with the Changjiu Group, will have a workforce of around 110 people.

In partnership with Keyijili Ltd, Jean-Claude Jitrois has opened a flagship store in Beijing, marking the brands first boutique in Asia. The 250sqm space has been designed by Christophe Pillet, the architect responsible for all of the brands stores, in a luxury shopping centre in the Chaoyang district of the Chinese capital.

Pucci creative director Peter Dundas has unveiled the world’s largest Pucci store in New York, designed in collaboration with French architect Joseph Dirand, modelled after the Palazzo Pucci in Florence. The 250sqm store will form the design basis for future retail locations and feature the entire collection of Pucci ready-to-wear and accessories.

TAG Heuer has opened its first boutique in Geneva, with a 100sqm space located on Rue Robert-Card. The store will house the brand’s Lifestyle collection of accessories, as well as a range of sunglasses and luxury communication devices, Meridiist, Link and Racer, specially conceived by TAG Heuer.

Vacheron Constantin has chosen Lucerne, in German-speaking Switzerland, for its latest boutique at 10 Kapellplatz. This warm and intimate setting is designed to offer a full immersion into the world of a company combining tradition with dynamic creativity.

For more in the series of The Latest Boutiques, please see our most recent editions as follows:

Hublot has a gold “cup”

To celebrate the great partnership Hublot and the Soccer world cup have, the famous swiss watch brand is launching a new limited edition called Classic Fusion Gold World Cup. Only 100 pieces will be available in the world. A great work and usage of Gold. Here are the technical aspects, for the connaisseurs

he famous swiss brand Hublot became the official Timekeeper for the next 2 soccer worldcups in South Africa and in Brazil. This is a very important deal because the Hublot logo will be placed in referees time boards.

Welcome To The New Gods of Fashion

Exit Yves, Christian, Karl, Raf, Albert… Welcome to Cristiano, Robyn or Gwyneth. The fashion world has dramatically changed. The old gods were replaced by new ones. New idols replace previous icons. Fashionistas replace Couturiers and Fashion labels erase Fashion houses. That is the way the world goes and it seems this change is here to stay. The Old Gods Of Fashion Gone Bad Every chain reaction has a starting point. In our case here it all started back in 2007… 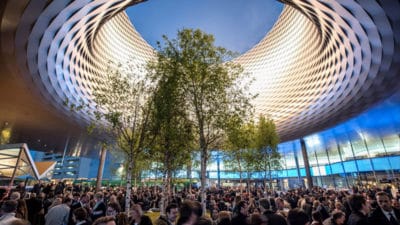 Baselworld 2019: What should you expect from this year’s edition?

Baselworld 2019 is starting and after a chaotic year with the announcement of Swatch group exit among other brands, it is a new dawn for the Basel watch event. While there are high expectations from this year’s edition, everybody is talking about Baselworld 2020 and the joint forces with SIHH. It might be the starting point of a true “Swiss Watch week”. The fair wishes to introduce new concepts in order to allow: Building a strong global watch community reaching…

Friday Chronicle #23: Swiss Watchmaking says no to the crisis

Crisis, Crisis, Crisis… We hear this since 2008. It is now 8 years that China is not delivering the growth it was expected, that European countries are struggling with economic development and that the US has up and downs. India and Brazil? Indian poor distribution and Brazilian importation high taxes kills it. Nevertheless, the Swiss watch industry has never been better. Exports are currently at CHF 22billion, which is more than twice as we used to have back in 2008….

Baselworld 2016 – Here are 6 new watches that will be revealed this year.

Baselworld will start in less than one month and we got a sneak peak on 6 new watches that will be presented during the watch show this year. We can see this year brands are revealing strong skills in technic and sharp elegance.

At the end of October, The Grand Prix de l’Horlogerie de Genève rewarded the excellent work some watchmakers accomplished this year. The ceremony is always a moment of great expectation as since 2001, the Grand Prix is one of the most prestigious prize you could get as a watchmaker. It is the equivalent of the Oscars for the movie industry.  LuxuryActivist wished to highlight 3 major creations among all the laureates. Grand Prix de l’Horlogerie de Genève, the best of…