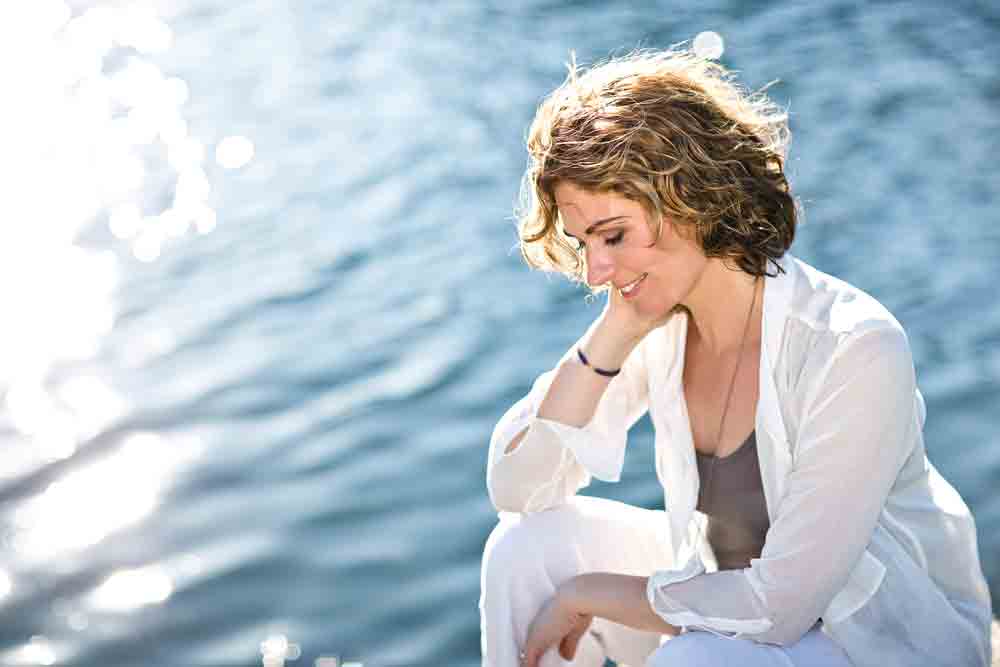 Music is about sharing and is about incredible encounters. When my ears met for the first time the voice of Sissel Kyrkjebø, I knew then that I would remember that moment for a very long time. Sissel is considered one of the world’s top crossover sopranos. Her musical style ranges from pop recordings and folk songs to classical vocals and operatic arias. She possesses a “crystalline” voice and wide vocal range, sweeping down from mezzo-soprano notes, in arias such as “Mon cœur à ta ” from Saint-Saëns’ opera Samson et Dalila, to the F natural above soprano C. She sings mainly in English and Norwegian but has also sung songs in Swedish, Danish, Irish, Italian, French, Russian, Icelandic, Faroese, German, Neapolitan, Māori, Japanese, and Latin.

Since her first solo album at 16, her musical journey has led to success both nationally and internationally. She has gained praise and recognition all over the world for her angelic and powerful voice. With varied collaborations from; opera legend Plácido Domingo, to the American rapper Warren G, there are few genres Sissel hasn’t done. One might also recognize her voice from movies such as The Titanic, and The Lord of the Rings. Sissel Kyrkjebø has a marvellous voice and a very interesting career. For LuxuryActivist (and we are all fans here) she kindly accepted the exercise of our exclusive interview that you can read here below.

Luxury Activist (LA): Dear Sissel, we read that your passion for music arrived at a very early stage of your life, 9 years old? What has inspired you to embrace such a career?
Sissel Kyrkjebø (SK): I have always had music around me. My parents loved music, and the radio was always playing. I grew up with all kinds of music; country, pop, rock, classical and folk. So the love for music came quite naturally.
At the age of 9, I started in a children’s choir where I got my very first musical training. We had a fantastic conductor, Felicity Laurence, from New Zealand. She has the philosophy that every child should have the opportunity to sing in a choir if they want to. No matter how they sing. The joy of singing and doing music together with others is essential. That is the inspiration of/for my career.

LA: You were born in Bergen, Norway. Do your origins have an influence on your work? If yes, in which sense?
SK: When born in Bergen it is hard not to be influenced by the beautiful nature and surroundings; the mountains, the ocean, the fjords…  the rain…and more rain… and then the sunny days where everybody just pops out happy and full of life. Nature has always been, and still is, an incredibly important part of my life.

LA: You are a big star in Norway. You sold a total of 10 million albums and singles in your country whereas the total population is 5.4 million. How do you explain such a massive success?
SK: I am probably the last one to know about that…. But a good portion of luck and perfect timing would be an educated guess. When I started at the age of 16, I sang a large variety of songs and music styles. Today it is called a crossover, but in the 80ties, they didn’t know where to put me. We only had one TV- channel at that time, so when I performed in the intermission at the Eurovision song contest in ‘86, well – it was like everybody had seen it.  I have been very privileged and lucky to have been able to have my singing career for a living for so many years.

LA: What advice would you give to a young Norwegian singer trying to start her/his career?
SK: Always believe in yourself, be true to yourself, and you know yourself best.  Be modest and grateful for the people that you meet along the way, and for what you achieve. Be curious and playful and always do your best. Enjoy what you do.

LA: All your fans are in love with your crystalline voice and your professional peers are impressed by your large notes palette. Sometimes certain singers see their voice to evolve in time. Do you have any special preparation to keep your voice at the top level?
SK: Rehearsing, staying fit and healthy is always important. But equally important is to relax and live a good life. The voice is these 2 small mussels. They are inside your body, and they get affected both by the physical state as well as the mental state. It is hard to sing when you are down, tense or too sad. But at the same time singing can relieve stress, tensions and be so uplifting for everybody. So, it is about finding the right music for the right moment.

LA: Following your career for a while now, it is amazing to see how many different music styles you have worked with. From R&B collaborations, Pop and opera. What motivates you to sing in so many different styles and universes?
SK: I love music that touches my heart, my soul, and of all kinds of different styles and colours. There is so much to learn from different music styles. It is so fascinating to work with people that have a totally different background and music style than myself. We have always something in common: The love of music and what it has given us.

LA: What was the project or moment in your career that made you the proudest so far?
SK: I have been so lucky to have been part of so many amazing projects: singing on the score of the movie Titanic, the opening and closing ceremonies at the Winter Olympics at Lillehammer in ’94, Christmas in Vienna with Placido Domingo and Charles Aznavour, Christmas in Moscow with Placido Domingo and Jose Carreras. But my latest is no doubt my most ambitious project; Reflections. I released 50 songs, 50 music videos, and 50 talk videos explaining why I chose the songs. It was released once a week for 50 weeks. So the listener had a new song each week for a year available on streaming sites and on my webpage Sisselmusic.com.

It is so great because people can watch it no matter where they live and what time zone. The Reflections project started in May 2019 and ended in May 2020. The songs are from the time frame 1920 till today. I picked the songs that had a special meaning to me. Reflections from life with all its emotions and happenings and stories. Music has a very special way of putting our emotions into words and can express our inner feelings.
During that period, July last year, I did a concert with the Mormon Tabernacle Choir and Orchestra at Temple Square for their Pioneer day concert. There was a special song that I had been waiting for 5 years to sing. I needed the right moment and the right setting.

This song means a lot to me, and it is called “Slow Down”.  We performed the song in the middle of the concert. After singing it, the audience started clapping and suddenly 19000 people stood up. None of us was prepared for that response. We performed at the concert twice, and it happened both evenings. “Slow Down” is such a powerful song. It goes straight into your heart. So many people wrote me emails and massages about; how much the song has meant to them and has helped them. And especially during this pandemic, I have understood the power of this special song. It has a religious message, but it really doesn’t matter what, or if, you believe at all. This song makes you slow down and breath. We all need that, now more than ever.

LA: Tell us something about yourself that not so many people know and it would be worth mentioning it?
SK: I can be very lazy, no matter how much I love my work. My dream has always been to live in the countryside. I grew up in a small flat with my family and my cat, right outside the city of Bergen. To have space, be in the fresh air of the countryside and have nature around me from I wake up till I go to bed, is now a dream come true.

LA: What can we wish you for the future?
SK: I hope my voice will keep on singing for many years to come. New projects are coming up. I have so many things I would like to do. That is why I started my webpage Sisselmusic.com where I invite you to come into my musical world. I post videos, behind the scenes, new songs and I tell you about my thoughts, my inspirations and much more. Because of the great response to the song “Slow Down”, I just stared a “Slow Down Movement”. People can share their ‘Slow Down’ moment to slowdown@sisselmusic.com, so I can repost some of them on my channels. In that way, we can inspire each other to slow down. No matter where you live in the world.

Sissel Kyrkjebø sounds like paradise. Her voice reaches everyone’s heart and soul and captivates your attention. She is a very passionate artist with a lot of generosity and talent. She will put happiness where there are any and will make you forget about those rainy days by putting some sunshine in your heart. Sissel Kyrkjebø deserves all the fans she has around the world and we are all lucky to be able to listen to her beautiful voice.

José Amorim
Information sourced by the author for luxuryactivist.com. All content is copyrighted with no reproduction rights available. Images are for illustration purposes only and courtesy of Sissel Kyrkjebø and Kristin Saastad.