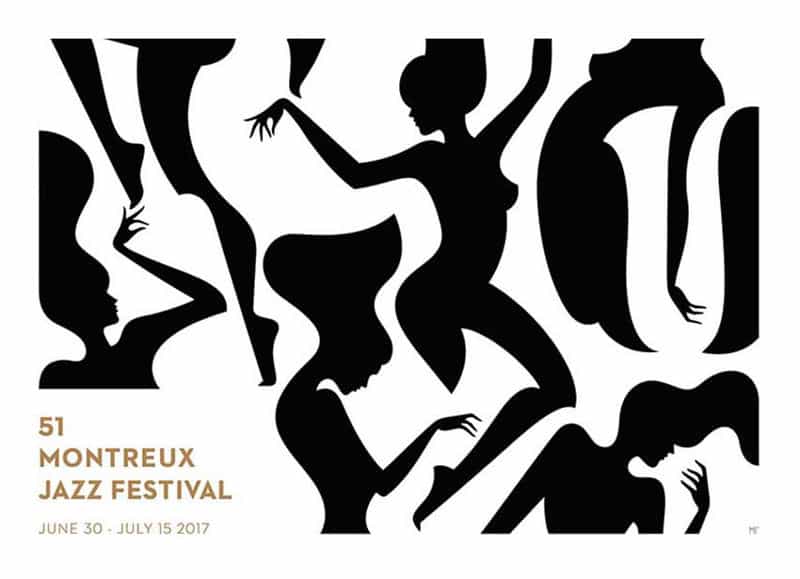 Every year summer is pulsing around Lake Geneva in Switzerland thanks to the Montreux Jazz Festival. This very special Festival was founded in 1967 by Claude Nobs, Géo Voumard and René Langel with considerable help from Ahmet and Nesuhi Ertegün of Atlantic Records. The festival was first held at Montreux Casino. It lasted for three days and featured almost exclusively jazz artists. The highlights of this era were Miles Davis, Keith Jarrett, Jack DeJohnette, Bill Evans, Soft Machine, Weather Report, The Fourth Way, Nina Simone, Jan Garbarek, and Ella Fitzgerald. Originally a pure jazz festival, it opened up in the 1970s and today presents artists of nearly every imaginable music style. Jazz remains an important part of the festival. Part of the festival’s expansion was due to coproduction by Quincy Jones who brought many international artists in the early 1990s. Here is a great video with Mr Quincy Jones talking about the early years.From its origins in Jazz, the Festival started its expansion to other music styles. This evolution started in the 80’s and continues since then. Basically, Montreux has transformed itself from a Jazz Festival to a World Music Festival. Here are some key numbers that shows why the Montreux Jazz Festival is one of the biggest and finest Music festival in the world.

The Montreux Jazz Festival is far more than the name of a unique event in the world of music. Since its beginnings in 1967, the Festival has developed its bouquet of activities considerably. The Festival universe now flourishes all year long: the Montreux Jazz Artists Foundation, dedicated to educational projects and training a new generation of artists; the Montreux Jazz Café restaurants, veritable ambassadors of the Festival spirit across the world; the Claude Nobs Foundation, whose mission is to preserve and valorize the world’s most extensive audiovisual concert archives. For more information visit the official website here:
https://www.montreuxjazzfestival.com
The Montreux Jazz festival is probably one of the most incredible music festivals in the world. From the edgy program, to the location, period of the year… everything is planned to deliver unique and exciting experiences. Created in 1967 by the visionary minds of Claude Nobs, Géo Voumard and René Langel. Originally a pure jazz festival, it welcomed concerts from Miles Davis to Keith Jarret, Nina Simone or Ella Fitzgerald. In 1970, the festival opened its doors to other music styles, gathering every year the very best: from Prince, to Lionel Ritchie, Portishead, Caetano Veloso, Toto or Tony Bennet and Lady Gaga!
Between the Montreux Palace and the Stravinski auditorium, artists and the public meet in a good spirit. They all come to Montreux, the time of a summer break and they hit the notes with all their passion. The spirit was completely established by the personality of Claude Nobs. His life was music and Montreux would be sleeping without the determination of one man and his team to rise the Swiss festival on top of the charts!

Info sourced at Inrocks, RollingStone Mag, Bilan, Wikipedia and Montreux Jazz Festival website. All content is copyrighted with no reproduction rights available. Images are for illustration purposes only.