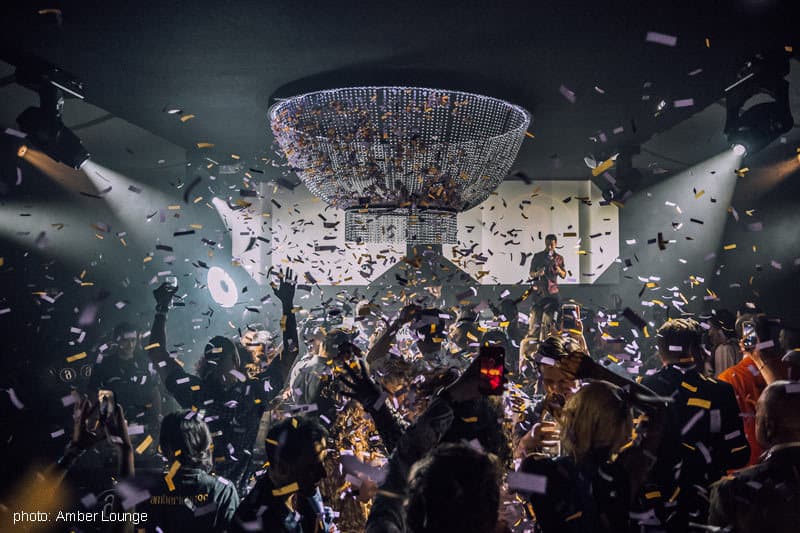 It’s many people’s idea of a dream job. Travelling the world from one glamorous party to another, playing set after set of pulsating music to a VIP audience of celebrities, sports stars and even royalty. For international man of music, DJ Micky, this life is his reality. The figure behind the turntables at the hottest party during the Monaco Grand Prix, Amber Lounge, has a job that takes him around the F1 circuit: from Monaco to Singapore’s iconic night race and the excitement of the season ending race in Abu Dhabi. We meet this lucky Frenchman to learn more.

How did you become the Amber Lounge’s resident DJ?
I met Sonia Irvine (Amber Lounge founder and sister of ex-Formula 1 driver Eddie) at one of my gigs. She liked what I was playing and asked if I wanted to be part of her team. That was over ten years ago but it still feels like yesterday. It is a definite career highlight; I was just thrilled!

Where else do you DJ?
Along with Amber Lounge and other international gigs, I am the resident DJ at the mythical InterContinental Carlton Hotel in Cannes. The concept is totally different from what I do at Amber Lounge but it is truly fascinating. I am so lucky to be able to DJ at this amazing and magical place.

How is Amber Lounge at Grand Prix different from any other gig of yours?
Amber Lounge is totally unique. Not only are the destinations so diverse but the guest list is one of the most exclusive on the planet. Celebrities, royals, successful entrepreneurs, athletes and, of course, Formula 1 drivers and their teams – it really adds to the pressure that I put on myself. A mistake is definitely not an option here!

Can you tell us about the atmosphere at Amber Lounge?
It’s luxurious, relaxed and adrenaline-pumping at the same time…

What was the best part of this year’s Amber Lounge party at the Monaco Grand Prix?
Friday evening’s U*NITE fashion show was, as always, stunning and really successful for Sir Jackie Stewart’s charity Race Against Dementia with H.S.H Prince Albert II of Monaco in attendance. It is always fun to see the stars of Formula 1 parade down the runway at the party during the Monaco Grand Prix. It’s obvious the drivers are happy to do it – and they are good at it too! The setting is spectacular, on the Larvotto waterfront surrounded by luxury Monaco property.

The performers this year, including international DJ/producer Sigala and his MC, were incredible. They kicked the party off on Friday night and continued all the way through Saturday. Then Justin Jesso performed his hit ‘Stargazing’ which he co-produced with Kygo on the Saturday and Sunday nights. It was a magnificent and truly memorable weekend, a fitting celebration of Amber Lounge’s 15th anniversary.

What have been your most memorable Amber Lounge moments?
There have been so many! If I had to pick one, it would be when Will.I.am and Taboo of the Black Eyed Peas took to the stage to perform their smash hit “I Got a Feeling” at Amber Lounge Singapore in 2013.

What is your signature style?
More than anything, my number one goal is to not only ensure the public has fun, but that they have a blast hearing quality music of any style. It could be R&B, House, Electro, Latino, Pop Rock. To adapt to your audience is to respect it. Personally, I’m lucky enough to like everything, as long as it is a quality production!