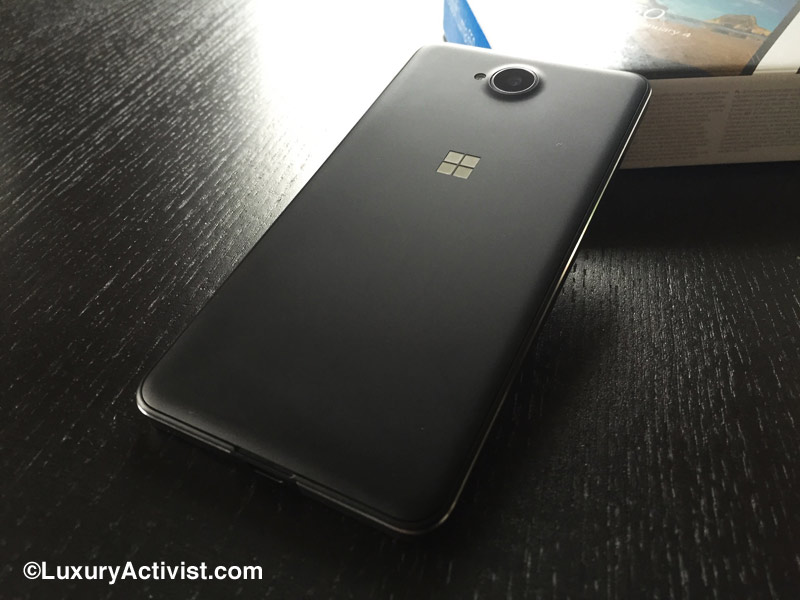 This month we got the new Microsoft Lumia 650 and we try to understand how good this phone is. The interesting fact with Microsoft is that they started adopting an all integrated approach thanks to Windows 10. No matter if it is on your desktop, tablet or phone, Windows 10 will extend your office everywhere.

From a Design point of view, Microsoft made a strong effort to make the new Lumia 650 a modern and edgy smartphone. Microsoft claims the device is its slimmest Lumia ever, and with a soft-touch matte plastic rear, 5-inch Gorilla Glass-strengthened screen and aluminium frame, it certainly feels lovely in the hand – to the extent that you can feel it at all. 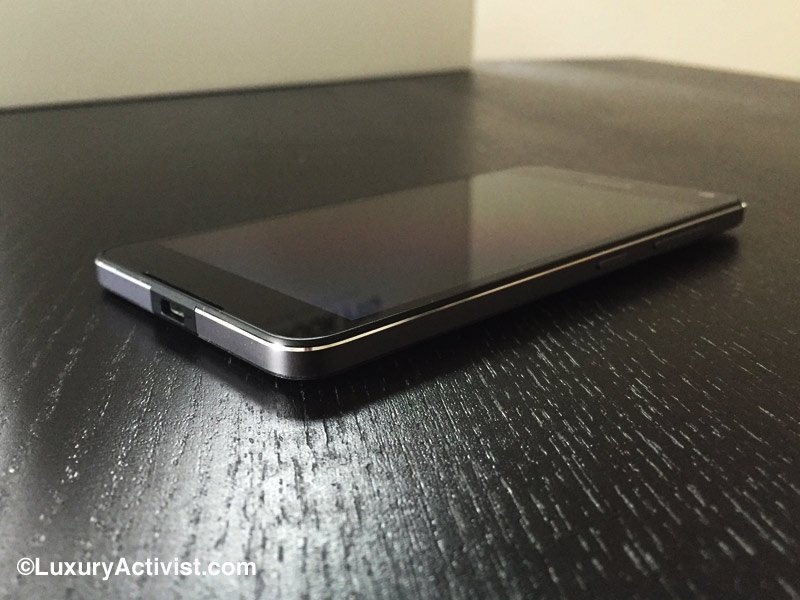 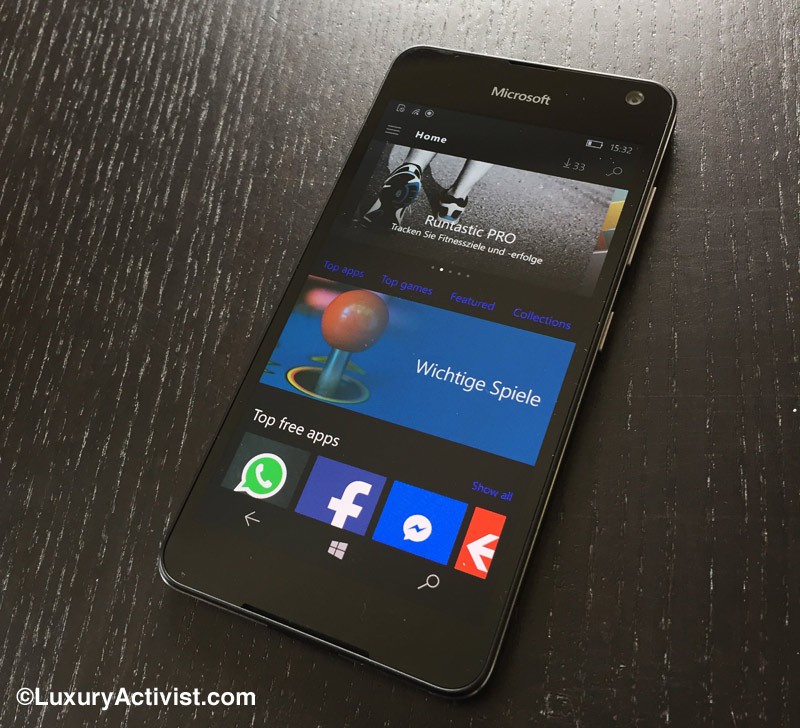 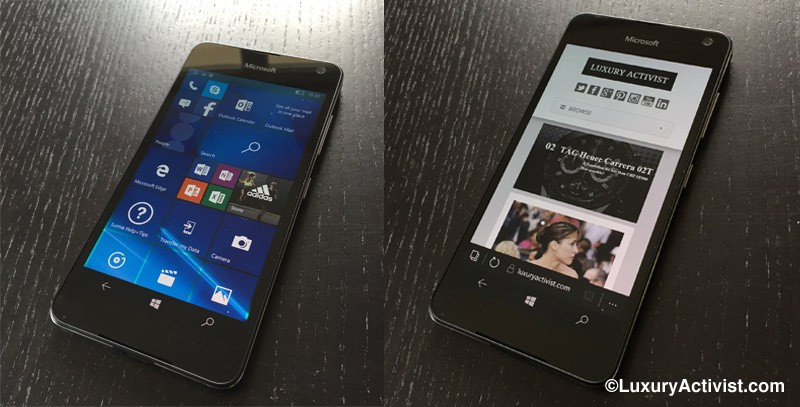 The Microsoft Lumia 650 is very thin, light and the construction is pretty compact. Probably one of the most important features is the screen. It is by far the best screen Microsoft released probably. The screen resolution is a HD720, meaning 1280×720 and a  297ppi. We are still far bellow the iPhone and its retina screen 1334×750 and its 326ppi. Nevertheless it is a fair resolution for a phone and the screen is slightly bigger. The screen is a 5″ whereas the iPhone 6s is 4.7″ only. You would need to take the 6Plus to obtain a 5.5″ screen. If you compare with the Samsung Galaxy A5, the screen of the Microsoft Lumia 650 is merely the same. Knowing how advanced Samsung is on smartphones, we can consider this as a compliment. The Lumia 650 has even 3 pixels more per inch than the Samsung one.

Microsoft is for sure more about Software than hardware. With the new Windows 10, Microsoft is taken a tremendous advantage on other competitors, especially in the business customers. We see that thanks to the great performance of the Surface tablet range and the virtuous connectivity within devices thanks to the OneDrive cloud system, Microsoft is basically replacing desktops and laptops for tablets. The phone is just another step. While Apple has tremendously forced its way in the business customer for phones, they did not convince IT managers about the iPad. MacBooks are still segmented into certain creative jobs and it is not tomorrow that Apple will take over Microsoft from a corporate business perspective.

Part of the appeal of Windows Phone, and now Windows 10 Mobile, has always lain in the promise of easy access to Office applications. For many people and businesses the likes of Word, Excel and Powerpoint are nigh-on essential. Having access to a powerful productivity suite on the go is a strong selling point, and Microsoft mostly delivers on the promise. Starting with perhaps the most popular offering, Word, it’s clear that a great deal of thought went into the features of this app. Via the ellipses menu at the bottom of the screen, users have easy access to formatting, fonts, word counts, tables, pictures, spellchecker – all the mod cons that make the modern Office suite so useful.

In terms of battery, which is probably the second most important thing on a phone just after the screen, the Microsoft Lumia 650 has a fair battery life. When we saw just 2000 mAh, nobody was sure about how good the battery is. Thanks to a fair still HD720 screen and a modest processor, the Lumia 650 keeps its promises. Naturally the down-side of this is the processor. When we use the phone, especially if the processor speed is requested we can sense a certain slow execution. Again, this feeling is because of the comparison with the Apple iPhone or with one of the latest Samsung. We could say that we cannot have everything for a phone which price tag is under 300 USD$ (with no subscription) which is twice cheaper than an Apple iPhone 6 or Samsung edge.

In summary, while Microsoft did an amazing job with the Surface tablet hardware, there is still some work to be done in the Phone line. Nevertheless, the Windows company has now a fair smartphone that can easily complete your usage of Windows 10, especially if you are a very mobile person. Naturally this becomes more interesting if you have already the Surface tablet and the OneDrive subscription and the new MS Office 360, 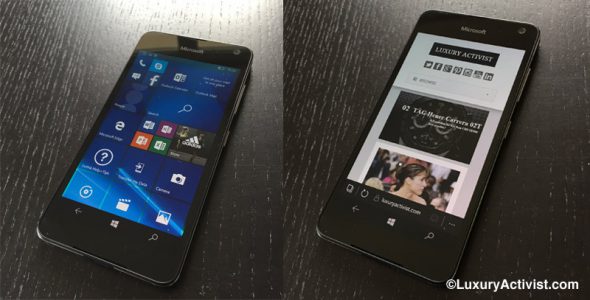 Info sourced at Microsoft official information, Swisscom website snd wikipedia. All content is copyrighted with no reproduction rights available. Images are for illustration purposes only.