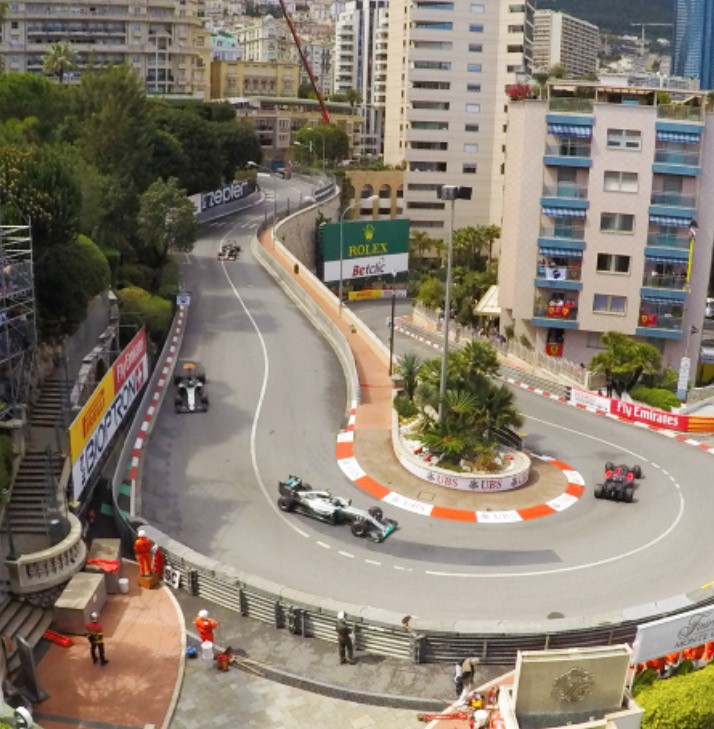 The last weekend of May 2016 saw the world’s rich and famous converging in the Principality of Monaco during one of the most exhilarating sporting events in the world. It was of course the 74th Monaco Grand Prix, where the action on the streets of Monaco remains one of the biggest talking points of the Formula One calendar. The Monaco circuit sees drivers clock the fastest lap speeds of all Grand Prix racetracks – approximately one minute and seventeen seconds. Avid spectators and revellers alike enjoyed the race, as Lewis Hamilton eventually dominated the circuit, winning by an impressive seven seconds and in a total time of just under two hours. While it was the race that captured the attention of the international media, the world’s second smallest country welcomed thousands of pleasure-seeking personalities, proving it’s not all about the gears but also about the glitz and glam. Here are some of the most luxurious venues and experiences that proved popular in 2016, and are sure to lure visitors in 2017 for the Monaco Grand Prix. 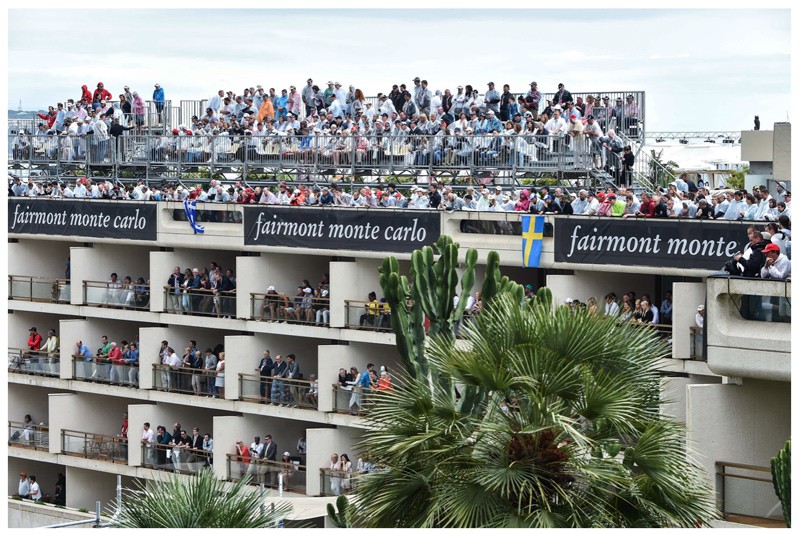 The Fairmont Monte Carlo hotel is a 4-star luxury resort, which overlooks the Mediterranean Sea, offering a spectacular setting for spectators to experiencethe best that the Principality has to offer. From its rich history and wondrous architecture – the resort is partly built upon pillars, which plunge into the ocean – it is certainly one of the most exclusive destinations in the world. The hotel is located alongside the famous Casino de Monte Carlo – a prime location within the Principality of Monaco. The hotel features a range of amenities, such as a shopping arcade, restaurants, an in-house Casino and sublime wellness facilities. 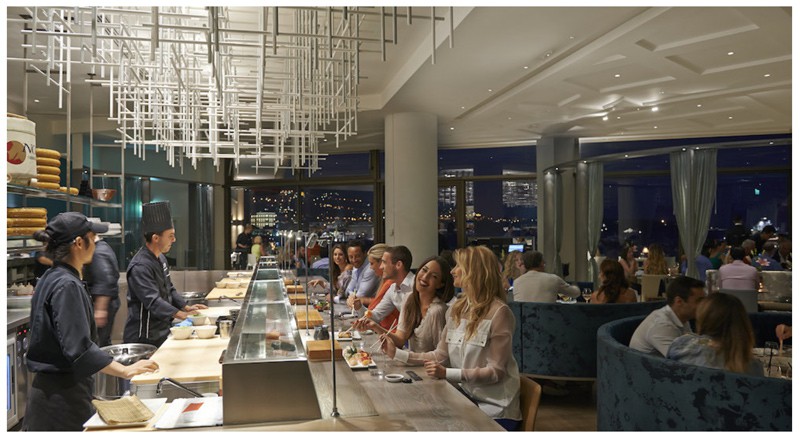 The influential celebrity Chef, Nobuyuki “Nobu” Matsihisa,delights visitors to the Nobu Monte Carlo with an array of legendary recipes, mixing Japanese and South American delicacies. The elegant atmosphere offers spectacular views over three countries – Monaco, France and Italy – while diners enjoy the legendary cuisine. The Horizon Deck restaurant and champagne bar features panoramic views over the Principality, allowing glimpsesof the Opera House, Prince’s Palace and the Casino, against the backdrop of the Mediterranean Sea. During the Grand Prix, spectators gain out-of-this-world views over the Fairmont hairpin, the world’s most famous bend. 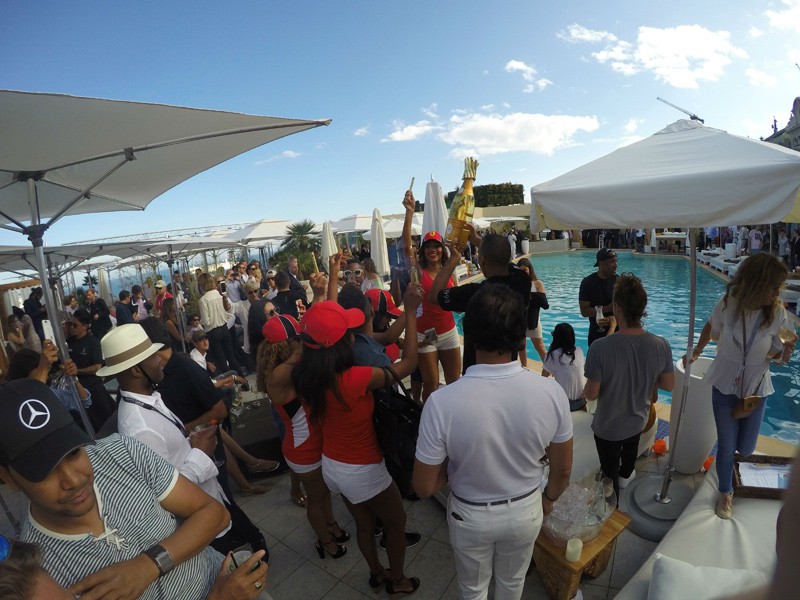 Chic and style are combined by the global luxury and hospitality brand,Nikki Beach. Nikki Beach Monte Carlo attracts celebrities and VIPs from around the world to its rooftop venue to soak up the sun, sea, music and champagne. World-renowned DJs spin vinyl facing the magnificent Riviera amid a beautiful pool setting. Love seats, double beds and opium beds can be reserved and include a bottle of wine or Champagne. This year, Nikki Beach was the only place to be once the race had finished; next year will be no different.

Amber Lounge is a client-focused hospitality event, dedicated to creating a uniquely glamorous F1 experience. Packages include not only personalised race viewing from a superyacht but also lifestyle event experiences, such as the exclusive after party held in Monaco. The after party includes performances from international superstars, as guests dance the night away in one of the most exclusive atmospheres of the Grand Prix weekend. The Formula One driver, Daniel Ricciardo, and celebrities, such as Akon, Jasmine Thompson and Liam Cunningham, were all seen at the venue this year. 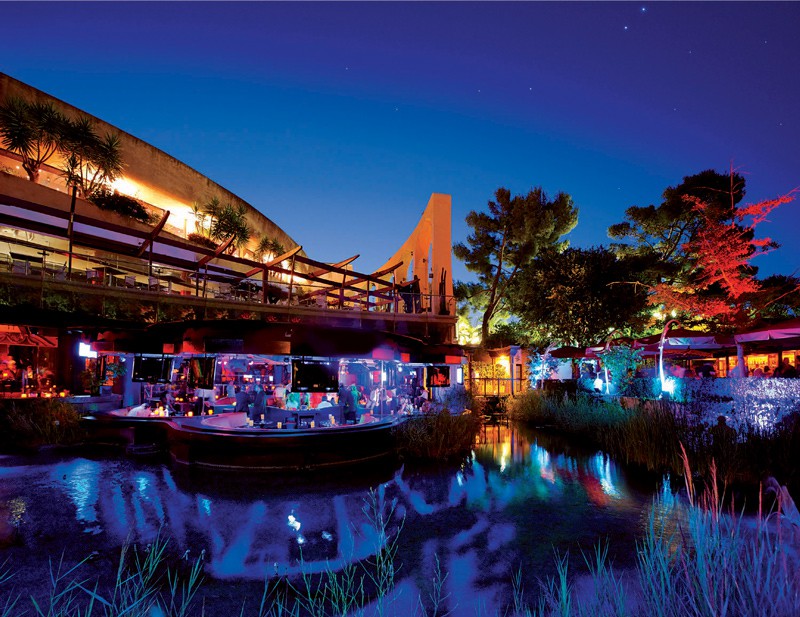 Guests always arrive in style to Jimmy’z – some in private chauffeured supercars, such as those offered by luxury car rental services in Monaco. Jimmy’z invited guests to enjoy its impeccable style and elegance, with its Japanese-style lagoon with mini waterfalls. A little footbridge leads you to a jetty over the water, where a summer cocktail bar with unforgettable views of the sparkling water awaits; the lights from the state-of-the-art visuals reflect in the water. The turntables at Jimmy’z attract the world’s hottest DJ’s, such as Martin Solveig, Benassi, Robin Schulz and Benny Benassi. During the Monaco Grand Prix 2016, 50cent performed at the venue, with hits such as “Candy Shop” and “In Da Club.”

Did you hear about Ruby Chocolate?

10 Questions About Whisky You Always Wanted to Ask (And Never Dared to).

The Luxury Holiday Experiences to Add to Your Bucket List

5 Luxury Items People Purchase the Most