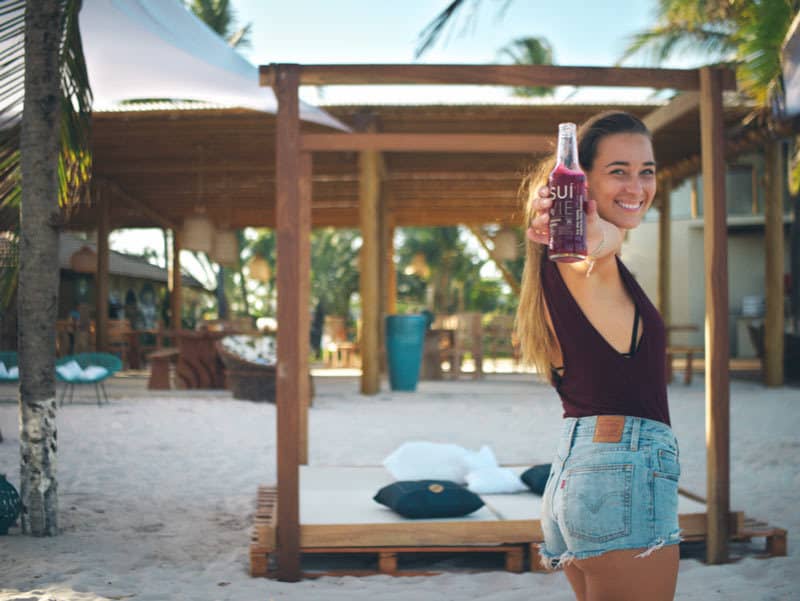 Suívie is a Swiss-Brazilian venture that stands for a healthy, balanced lifestyle, combining the best of two worlds: the vibrancy and “joie de vivre” from Brazil with the quality and purity from Switzerland. This month LuxuryActivist tried 2 main products from Suívie:

Suívie, It all start with Erva Mate…

Erva mate is used to make a tea beverage known as mate in Spanish and Portuguese. But the drink is called other names in Portuguese, such as chimarrão and tererê/tereré when served cold. In English, the tea is frequently just called yerba mate. It is traditionally consumed in central and southern regions of South America, primarily in Paraguay, as well as in Argentina, Uruguay, southern and central-western Brazil, the Chaco region of Bolivia and southern Chile. It is also popular in the Druze community in Syria and Lebanon, where it is imported from Argentina. Eva mate was first cultivated and used by the indigenous Guaraní people and in some Tupí communities in southern Brazil, prior to European colonization. 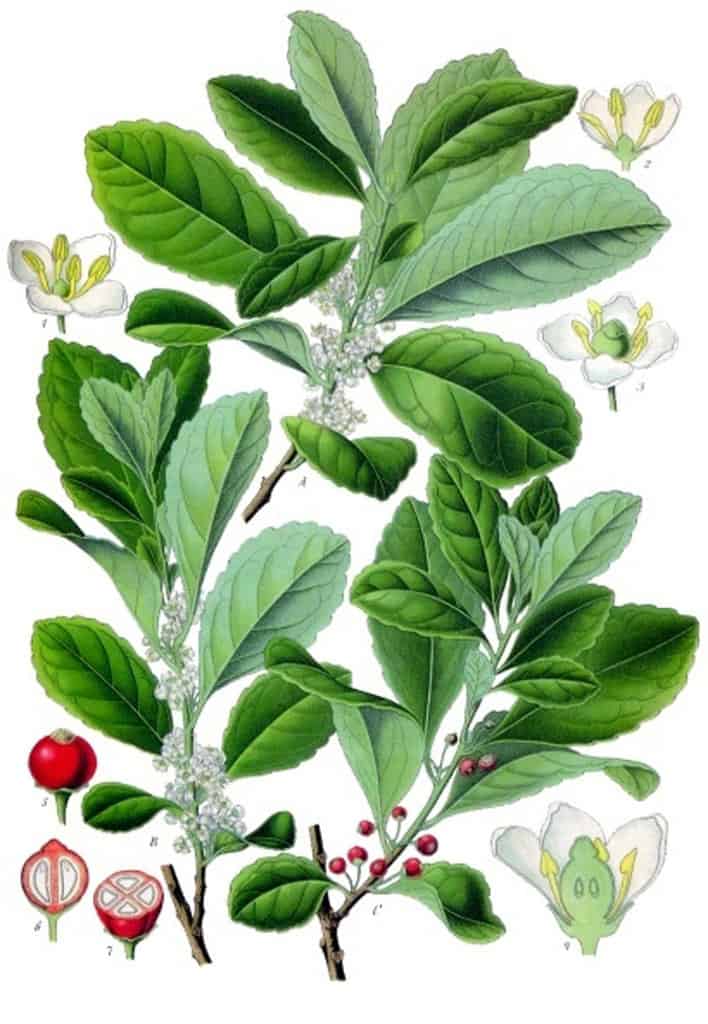 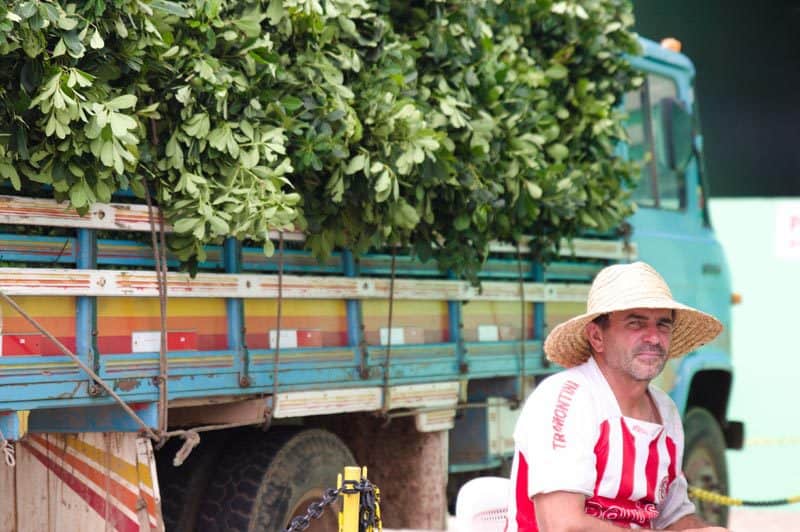 When Erva mate is harvested, the branches are often dried by a wood fire, imparting a smoky flavor. The plant Ilex paraguariensis can vary in strength of the flavor, caffeine levels and other nutrients depending on whether it is a male or female plant. Female plants tend to be milder in flavor and lower in caffeine. They are also relatively scarce in the areas where erva mate is planted and cultivated. Brazil is the biggest producer of mate in the world with 513,256 MT (58%), followed by Argentina with 290,000 MT (32%) and Paraguay with 85,490 MT (10%). 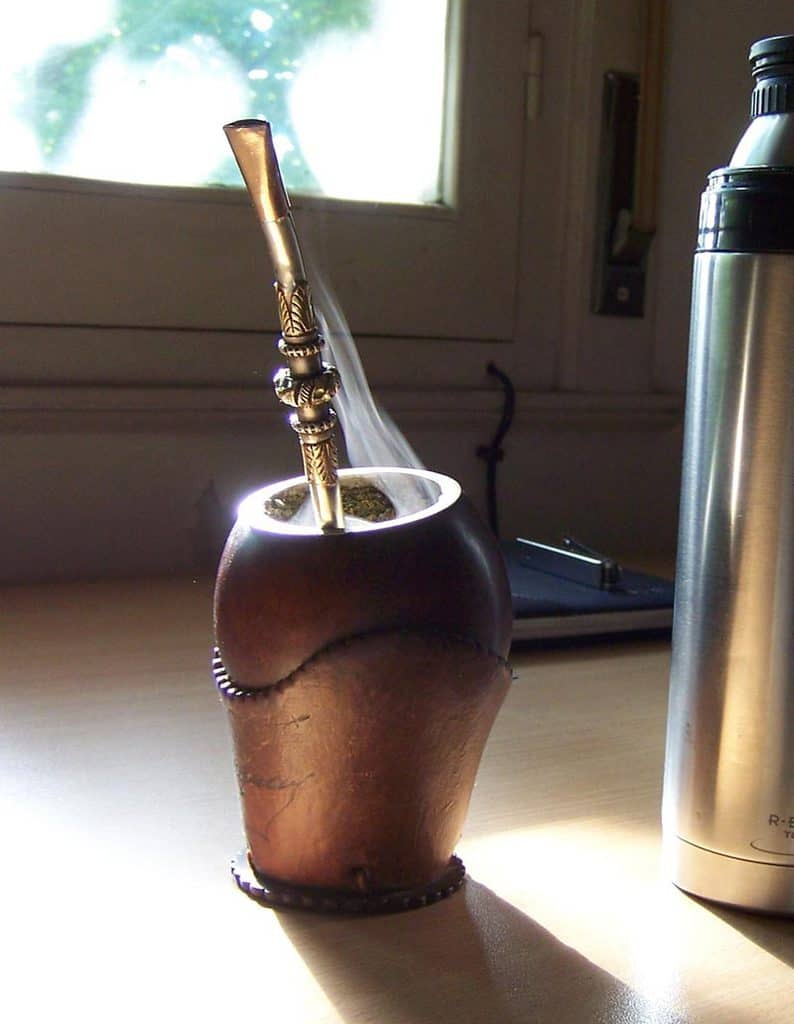 The infusion, called mate in Spanish-speaking countries or chimarrão in Brazil, is prepared by filling a container, typically a gourd, up to three-quarters full with dry leaves (and twigs) of the mate plant, and filling it up with water at a temperature of 70–80 °C (158–176 °F), hot but not boiling. Sugar may or may not be added; it may also be prepared with cold water (tereré).

Drinking mate with friends from a hollow gourd (also called a guampa, porongo or mate in Spanish, cabaça or cuia in Portuguese, or zucca in Italian) through a metal straw (a bombilla in Spanish, bomba in Portuguese), refilling and passing to the next person after finishing the few mouthfuls of beverage, is a common social practice in Paraguay, Uruguay, Argentina and southern Brazil among people of all ages. Eva mate is a symbol of health, natural energy and friendship. Suívie takes the best of this tradition and create an interesting future for this treasure of nature. All Suívie products are based on the Brazilian green tea Erva Mate, grown in the forests of Rio Grande do Sul, Brazil. Suívie also uses other ingredients such as hibiscus, cardamom or the noble fruit of Jabuticaba, originate from sustainable cultivation in small farms.

Erva Mate is on top of many people’s mind because today’s people preoccupation is a lot related to their wellbeing. Eva Mate is a natural source of energy as well as of many nutriments. Eva Mate is known for the following ingredients:

Suívie, The best of nature in modern beverages

The Swiss-Brazilian brand, Suívie, has a fantastic choice of products that will amaze you by the natural, healthy approach of tea and a modern usage of it. Taking the best of tradition and nature at the service of the modern world is just perfect. 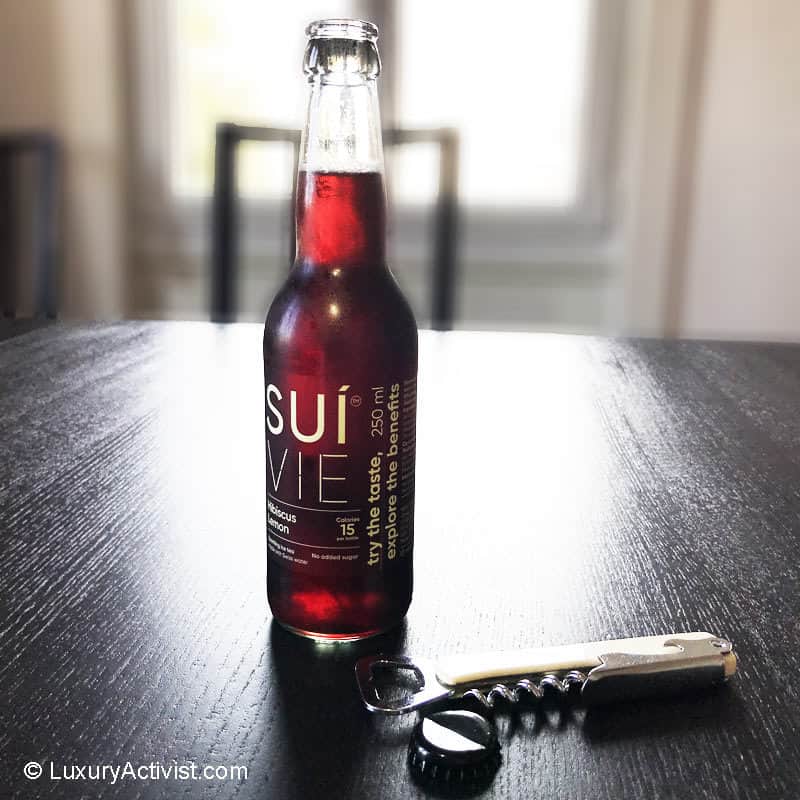 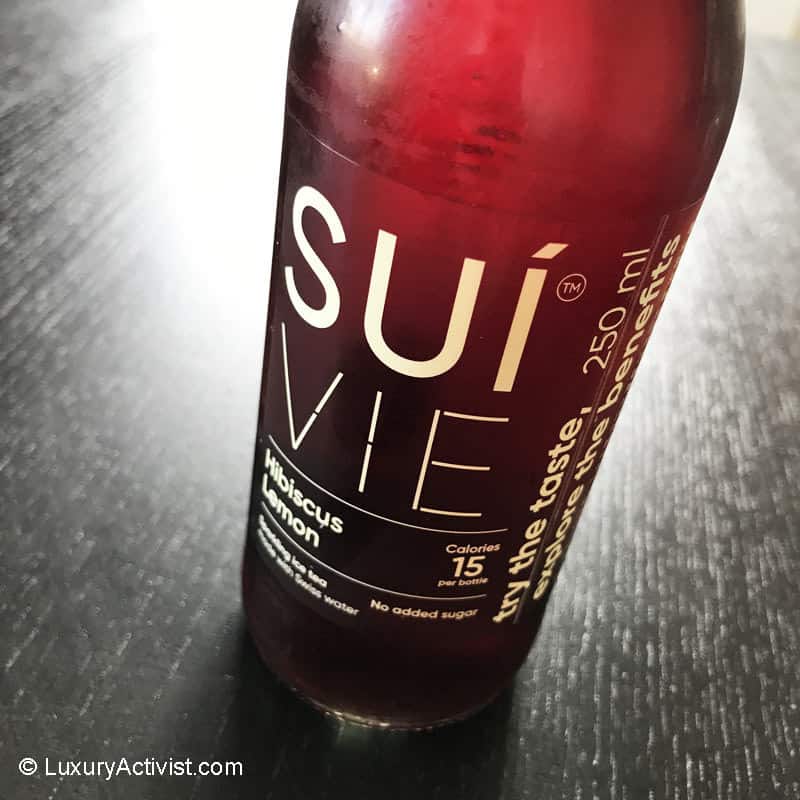 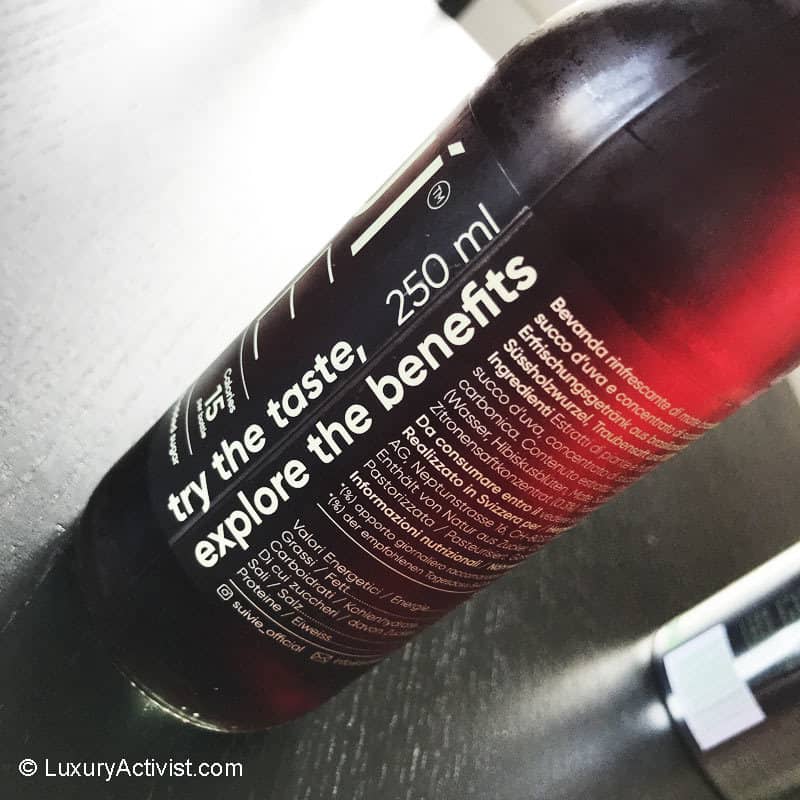 This 100% natural ice tea infusion is based on Brazilian Erva Mate -also know as the green tea from Brazil- and Hibiscus. Both ingredients are commonly known to be rich in vitamins, minerals and antioxidants.

I really enjoyed trying the Lemon and Hibiscus version. The sparkling freshness blends perfectly with the tasteful tea facet. Served very fresh, it  is  for sure a great healthy alternative to many other beverages. 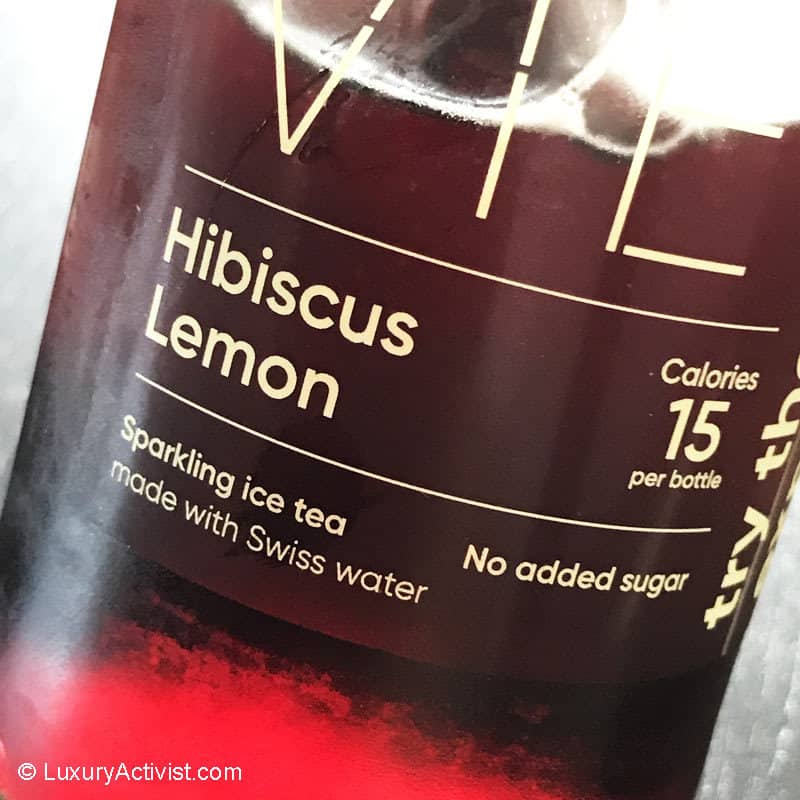 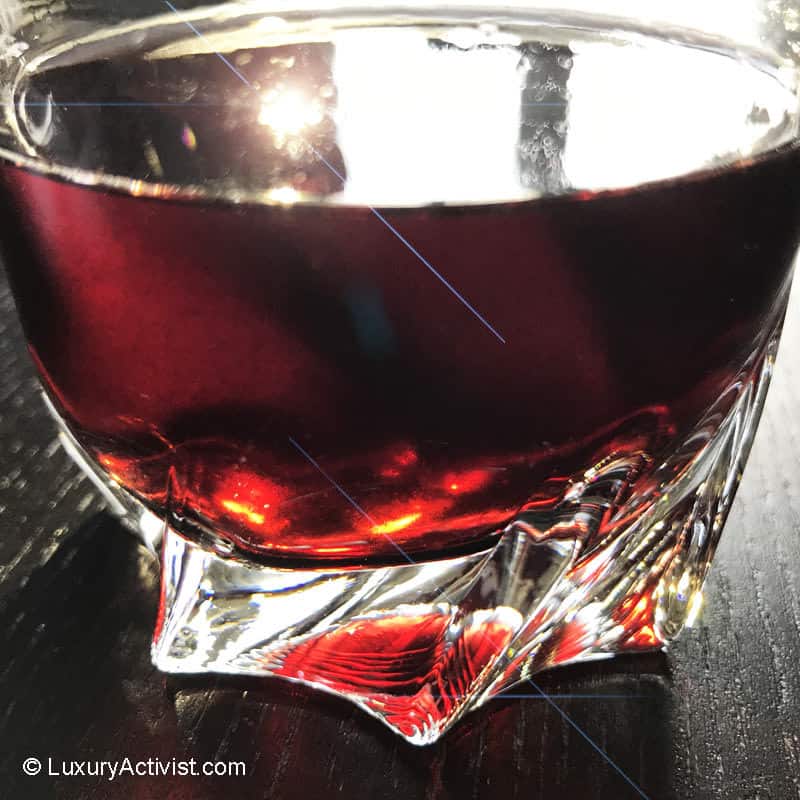 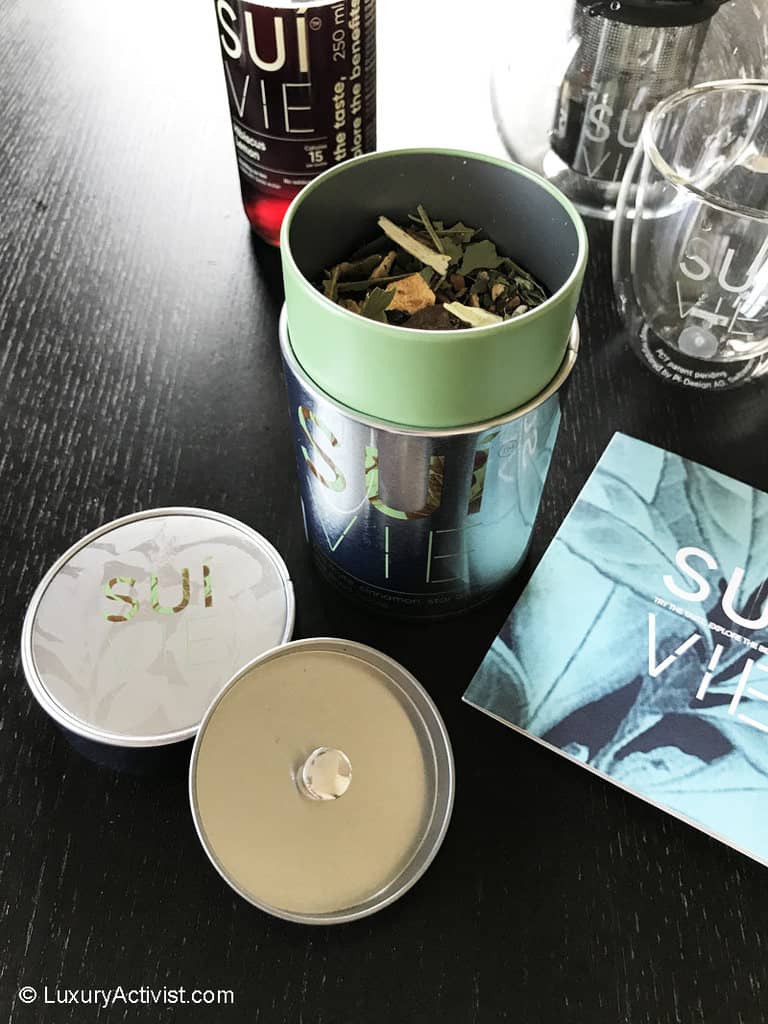 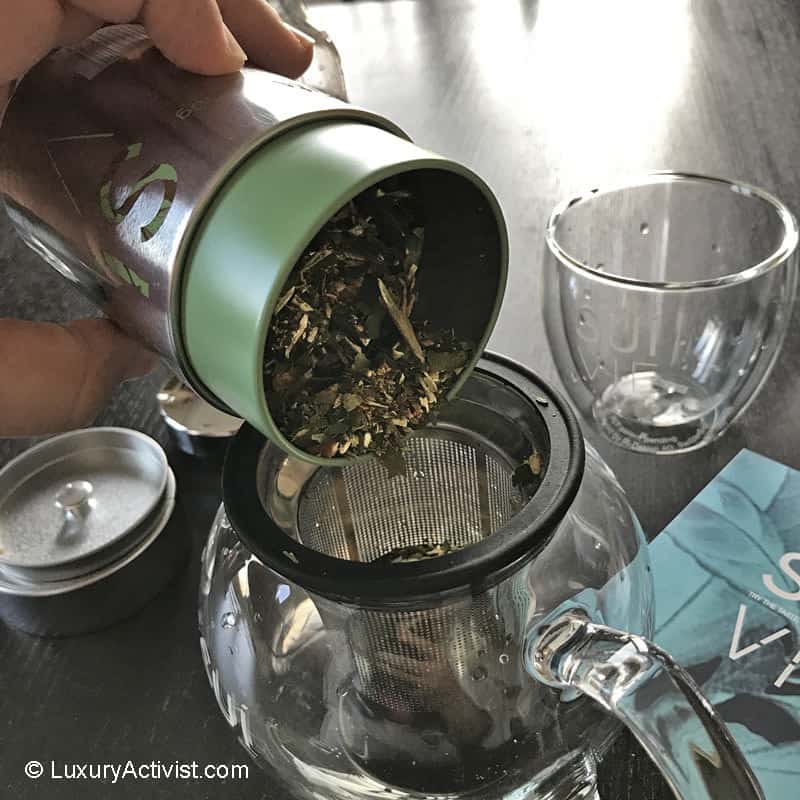 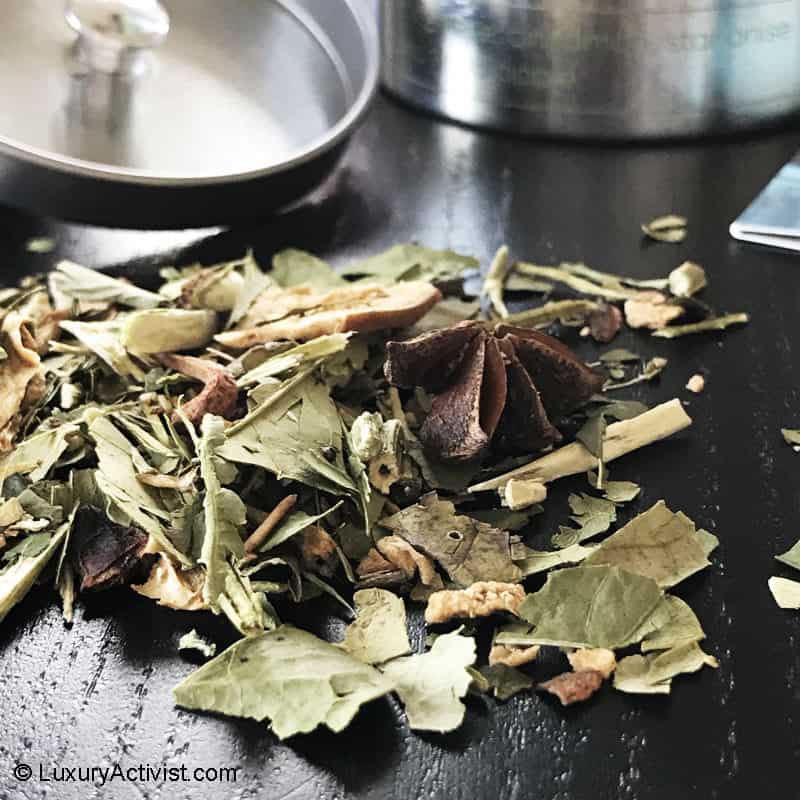 Of both intense and enjoyable perfume, and even with a fruity, slightly sweet flavor, the infusion has a gentle stimulating effect. This blend holds a strong digestive capacity due to the presence of malic acid of the dried apple, fortified through its combination with anise. The cinnamon on the other hand, exerts great thermogenic potential that assists in the well-functioning of our metabolism. this is perfect to enjoy prior or after meals. I find the blend of Star Anise, Mate and Cinnamon a true healthy bomb! With the arrival of cold days, our body seeks help to fight the cold, some illness going accros the streets and we find comfort in a hot beverage. 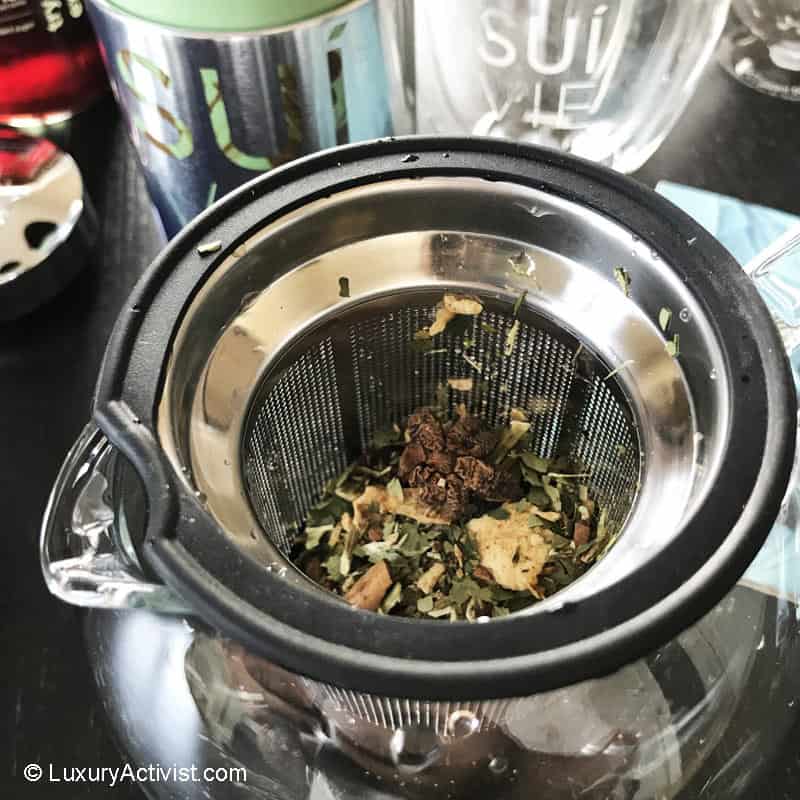 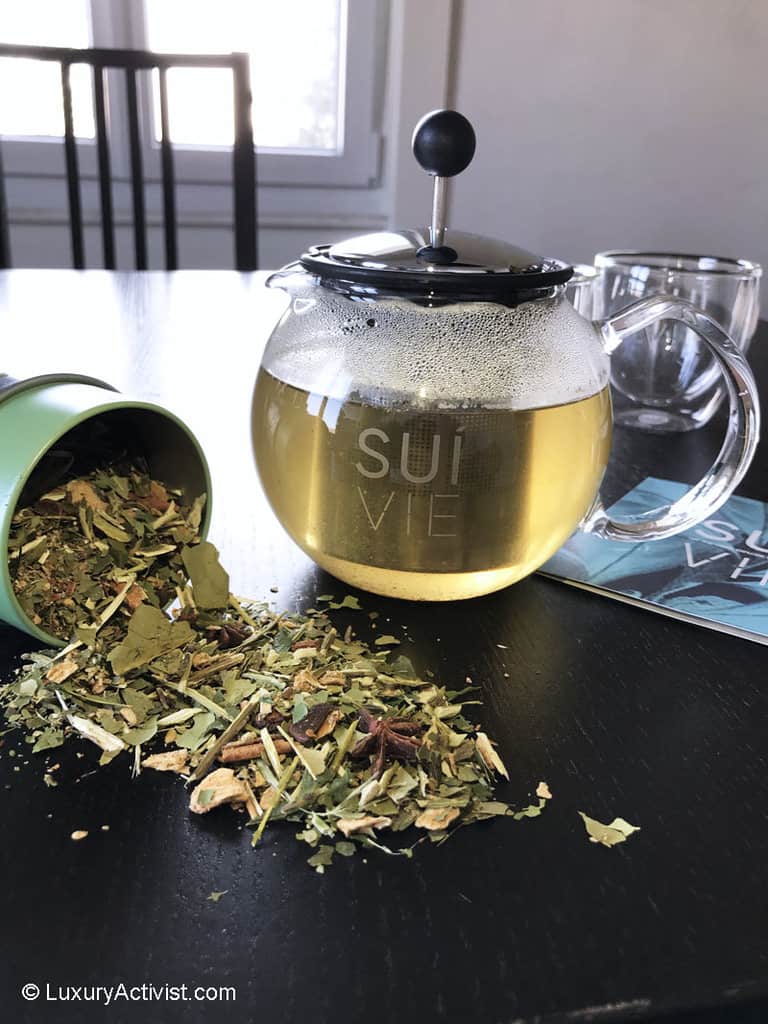 Suívie also has other products you might want to discover. They are all carefully prepared to deliver the best that nature has to offer. Everything is done properly in order to preserve the natural properties of erva mate. Here are some of their other products:

You can find many information about this new brand by visiting the official website here:
https://www.suivie.ch

When the best of the luxuriant Brazilian nature meets the purity of Swissness, you get the best of both countries. Suívie is simple, modern, tasteful and will be your perfect companion in cheerful moments, alone or in good company, at home as well as at the office.

Info sourced by the author for luxuryactivist.com. All content is copyrighted with no reproduction rights available. Image are for illustration purposes only.