The history of Cycling has encountered names that became legends of the sport. One of them is Bernard Hinault.  He is one of only six cyclists to have won all three Grand Tours, and one of two cyclists to have won each more than once (the other being Alberto Contador). He won the Tour de France in 1978, 1979, 1981, 1982 and 1985. He came second in 1984 and 1986 and won 28 stages, of which 13 were individual time trials. The other three to have achieved five Tour de France victories are Jacques Anquetil, Eddy Merckx and Miguel Indurain; of these, Hinault is the only one to have finished either first or second in each Tour de France he finished. He remains the last French winner of the Tour de France.

But what makes Bernard Hinault a legend is his dedication to the sport, the spirit of sacrifice and willingness to always exceed the limits for the beauty of sport. He was the inspiration for a whole generation and one of his biggest fans, makes him homage by publishing an art book: Bernard Hinault, La Légende Dessinée. 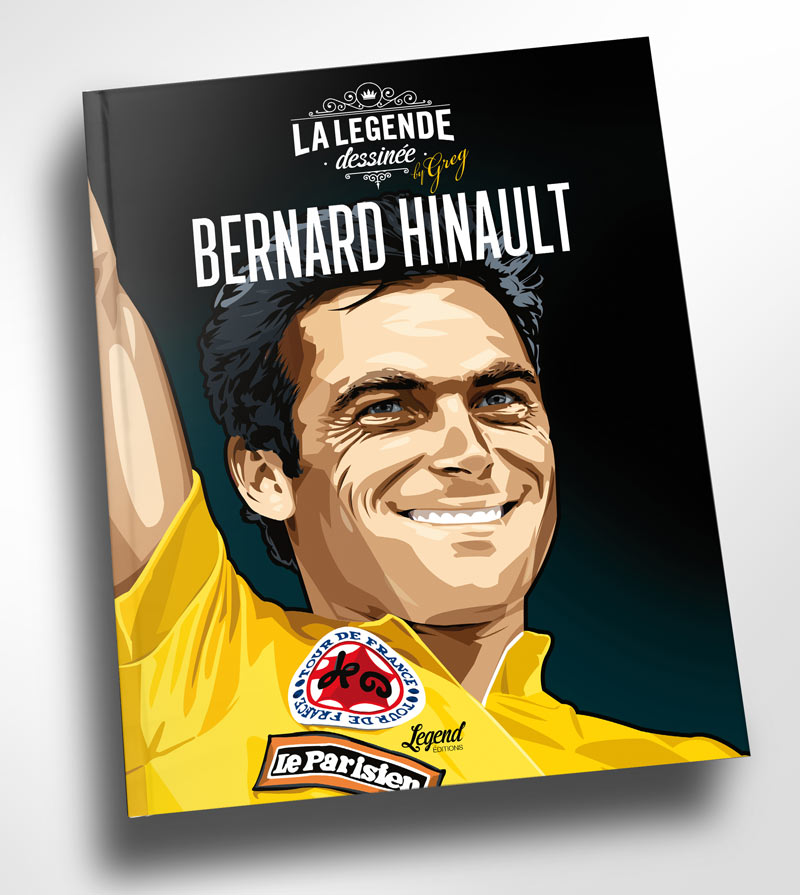 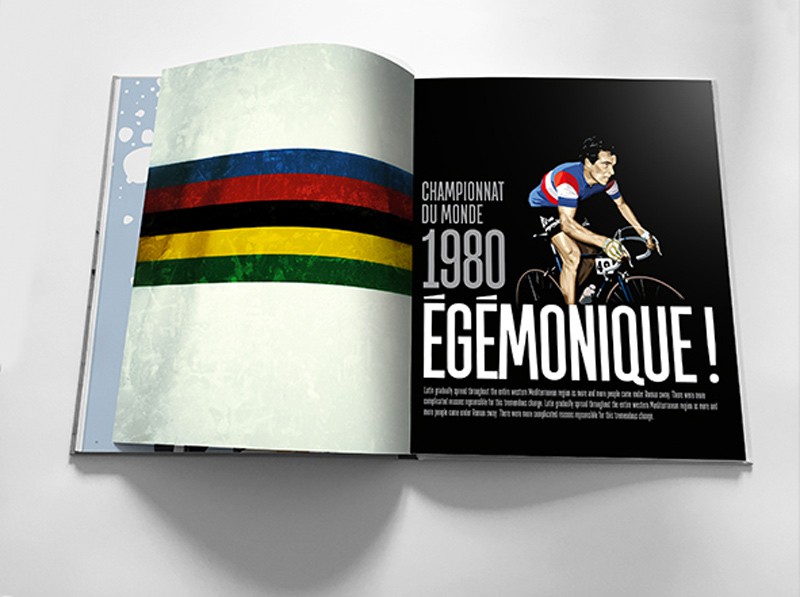 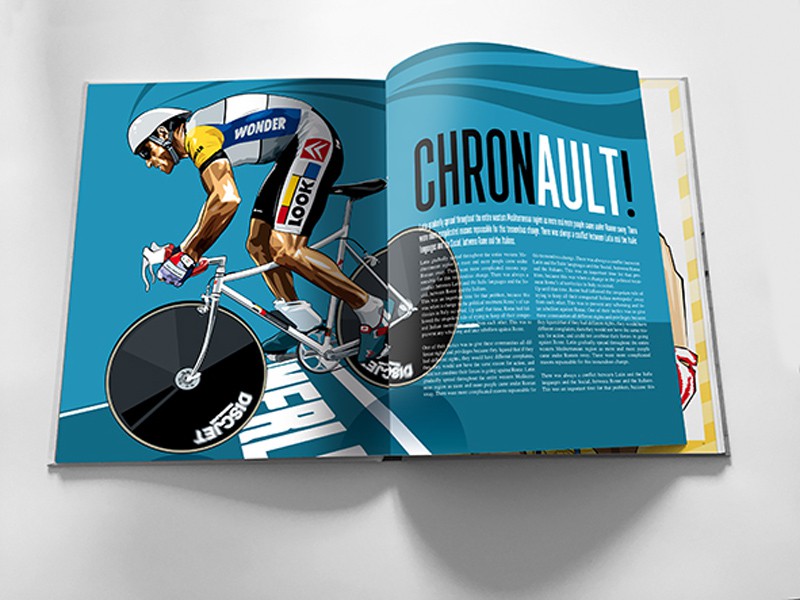 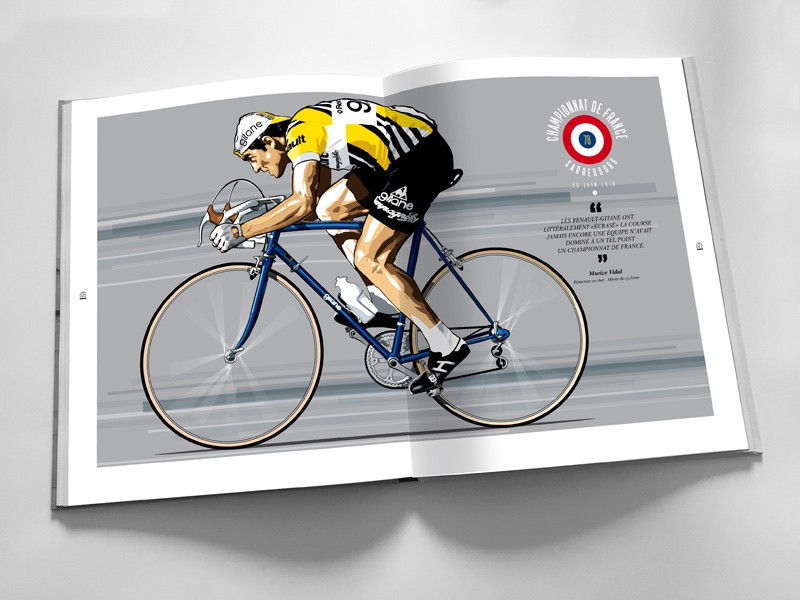 Hinault was nicknamed Le Blaireau (the shaving brush), as he would often don a hairband, thus resembling a shaving brush. In an interview in the French magazine Vélo, however, Hinault said the nickname had nothing to do with the animal. He said it was a local cyclists’ way of saying “mate” or “buddy” in his youth – “How’s it going, badger?” – and that it came to refer to him personally. According to Maurice Le Guilloux, a long-time team-mate of Hinault, he and Georges Talbourdet first used the nickname when the three riders trained together in their native Brittany in the early years of Hinault’s professional career.

This project was born of a passion, from the heart of a fan, and a fan only could manage such a project. Greg Podevin alias “Greg” is a Freelance artistic director, graphic designer, illustrator and digital artist. Born in 1971 in Boulogne-Billancourt, he graduated from the Charpentier Academy and started in advertising in 1991 as a story-boarder. In 2014, he founded Art Stadium, digital gallery to market his works on the Internet. In May 2016, following his meeting with his childhood idol Bernard Hinault, he embarked on the project of his life: a collection of illustrations with the biggest theme champions in the history of the sport. “La Légende Dessinée Bernard Hinault” is the first edition with a planned launch this fall.

The Bernard Hinault project is the first ART BOOK tracing the career of the greatest French champion cyclist of all time. THE BIGGEST WINS of the “shaving brush”is over 120 PAGES full color through over fifty drawings, and illustrations.

The Book is split in 3 main chapters:

4 main chronicles will enrich the book:

– BLAIRAULT : Focus on his personality and his force of character.

– CHRONAULT : Understanding of his dominance of the Chrono

– MAILLAULT : Retrospective in “vintage cards” of all team shirts and also distinctive shirts Bernard Hinault wore during his career.

You can read more about this amazing offer by clicking here in the official website:
www.lalegendedessinee.com 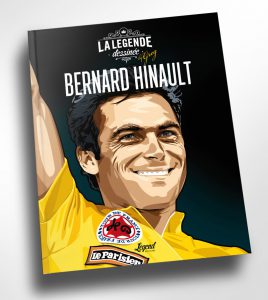 Info sourced at La Légende Dessinée official communication release. All content is copyrighted with no reproduction rights available. Images are for illustration purposes only.