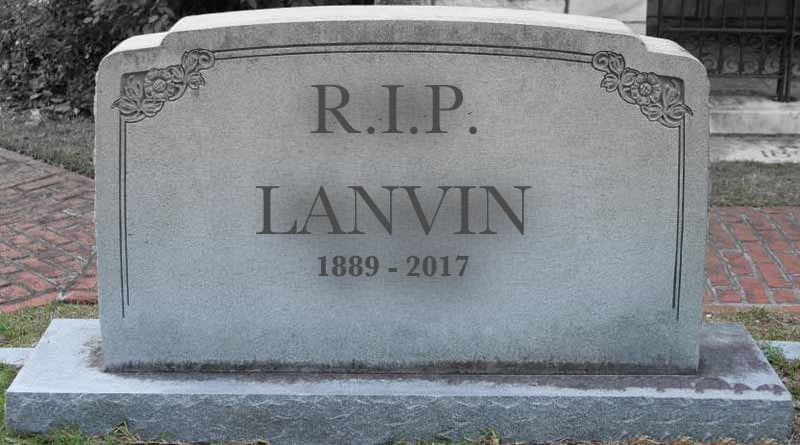 This summer when Lanvin announced the arrival of Olivier Lapidus as Artistic Director, first we thought it was a joke, like “happy Halloween”. Then, we realized it was true which suddenly made us feel dizzy and even worried. Unfortunately we could not call Fashion Police as Paris is out of their jurisdiction. As expected, the first collection was a disaster. At least the good news is that it cannot be worst (well, we never know). Flashback!

Jeanne Lanvin, inventor of the idea of modern luxury house

It all started in 1889 when Jeanne Lanvin founded her Fashion house. In 1909 she officially joins the Syndicat de la couture which marks her official career as Couturière. She started by doing dresses for her daughter and little by little she extended her know-how and her customer list to the most influencial and beautiful people in Europe and beyond. In 1895, Lanvin married Count Emilio di Pietro, an Italian nobleman, and two years later gave birth to a daughter, Marguerite (also known as Marie-Blanche).

In 1922, Jeanne Lanvin was joined by French designer Armand-Albert Rateau who helped her to organize her business. In 1924 Lanvin Parfums SA is founded to manage all fragrances and beauty launches. In 1927 Lanvin launched Arpège, the house signature fragrance which became an icon of elegance that crossed decades. Jeanne Lanvin’s only child, Marguerite di Pietro became an opera singer, married the Count Jean de Polignac, and became, on the death of her mother in 1946, the director of the Lanvin fashion house.
Jeanne Lanvin got a worldwide reputation with her unique fashion style. We tend to say she invented modern fashion. She imposed the idea of fashion even before fashion became conceptual. She understood l’air du temps and brought a perfect response. She directed her company wisely, letting nothing and nobody diminish her curiosity for contemporary arts, new forms, and the cultures of the world. Her vision and dedication have carried the House into its second century. One great specificity of the Lanvin fashion house is its hability to create unique colors. It started with the famous Quattrocento blue and followed with a Velazquez green or a Polignac pink.

Jeanne Lanvin always desired to create unique colours led her to set up her own dyeing workshop in Nanterre in 1923. Jeanne Lanvin was the first fashion creator to see fashion as a lifestyle. She quickly extended her activities to home design, sportswear, lingerie, furs and menswear. This approach was groundbreaking and set the rules for most of luxury houses. She was a discerning collector who appreciated the subtlety of Coptic and Chinese embroidery and the rich cultural heritage of Japan and Persia. And she poured it all back into contemporary fashion, adorning her creations with a magnificently artistic profusion of ribbons, velvet medallions, sequins and silk threaded embroideries. Jeanne Lanvin legacy survived 2 world wars and kept intact her philosophy. In 1990, the house was taken over by the Orcofi Group then sold to l’Oréal in 1996. In 2001, Shaw-Lan Wang, a Taiwanese media magnate woman took Lanvin private again. She hired Albert Elbaz in 2001 with one important mission: to celebrate the spirit of the luxury house and highlight Jeanne Lanvin’s fashion style.

Albert Elbaz and the genius at work

After the purchase of Lanvin by Shaw-Lan Wang, we thought it was the end of the French luxury house. Then the Taiwanese media magnate brought Albert Elbaz and suddenly we said: “ouauhh!”. Elbaz began designing for Lanvin in 2001. He was talented, respectful of traditions and not “polluted” by another strong fashion house. His work at Lanvin was beautiful, timeless elegant and he brought back to life the sassiness of Lanvin. He worked Jeanne Lanvin colors, he reintroduced amazing dresses and impressive outfits. Women were elegant again and the Lanvin quattrocento blue was once more the trendiest color. It was fourteen years of marvelous couturier work, more than a vocation, Albert Elba was completely dedicated to Lanvin and to the great cause of couture.

In October 2015, he announced that he had been let go from the fashion house since he disagreed with the company’s major shareholder, Shaw-Lan Wang. Elbaz also complained about the lack of strategy and targeted investement of the company. Albert Elbaz is an artist and Lanvin was his canvas. The announcement came at the same time that Raf Simmons resigned from Dior. Business and commercial are driving French fashion and true creators do not have the freedom to invent fashion and to outstand. The fashion industry is killing French fashion by transforming Houses into labels. Albert Elbaz departure from Lanvin was like waking up from a fantastic dream on a Monday morning. Following the announcement, Reuters relayed the information that Lanvin had a net loss of €18.3M by the end of 2016 and sales were down by 32% in the first 2 month of 2017. Unfortunately that was not the bad news. The worst was still to come.

Olivier Lapidus, and the titanic got hit by a cheap iceberg 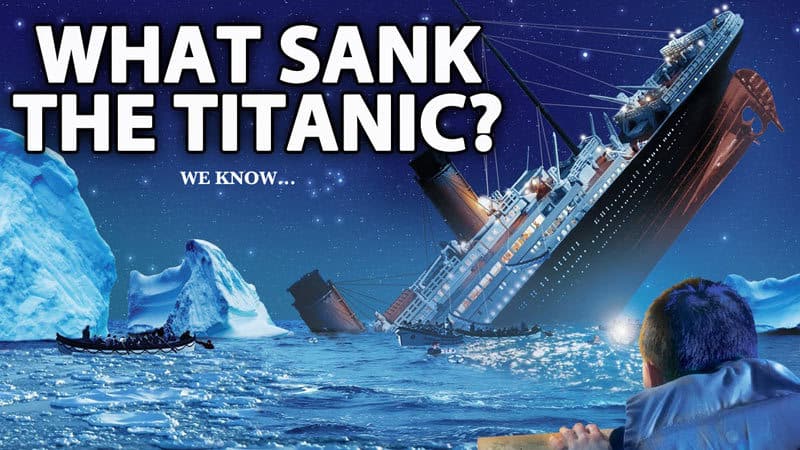 When Lanvin announced the arrival of Olivier Lapidus as Artistic Director, we almost took the phone and called fashion police. What an impossible choice. Why? Seriously, why? Olivier Lapidus has a long background in fashion. One of three children he is the son of Edmond (Ted) Lapidus. Ted Lapidus is widely considered as the originators of unisex fashion in Europe. He became very popular in the 60’s thanks to influencers of that time: Brigitte Bardot, Alain Delon, Twiggy and even John Lennon. In 1989, Olivier Lapidus takes over the fashion house. He continue haute couture until he realized he would not be able to handle it anymore and put a halt, so he could focused on accessories and fragrances. Before joining the family brand he worked for 2 years for Balmain. In the past 4 years, Olivier Lapidus concentrated on his own brand “Creations Olivier Lapidus”. He considered his brand as a “e-couture brand” mainly in the web. Actually we could say that unfortunately he does not have the talent of his father and his brand is basically no where. Obviously the name “Lapidus” still has an aura, especially in Asia, so probably that is why he was brought to the Lanvin story. The first collection of Olivier Lapidus for Lanvin was a complete disaster. How can we erase decades of creation, craftsmanship and good taste? Oliver Lapidus had the answer to that question. The fashion show displayed a series of looks we could consider to be a “teenage night-out”.

What a poor tableau for a contemporary femininity. He thought that by writing in big letters the word Lanvin on the fabric that people would then recognize the brand. Well rather than a luxury fashion house catwalk, we had the feeling to watch an H&M fashion show. Even the collection that Albert Elbaz signed with H&M had more interest than what Olivier Lapidus did with Lanvin the other day. Is the aim of the shareholder to transform Lanvin into a designer cheap label? The New York Times summarized well the situation: “How to wreck a brand in 3 years?”. From Olivier Lapidus delivery it was all wrong. How can he imagine that in just a couple of month he would understand one of the oldest fashion houses in history. When joining a house like Lanvin By trying to interprete the long and rich legacy of Lanvin, Lapidus drowned the elegant Titanic. Naughty, cheap and spiky iceberg. The scratch on the Lanvin boat is dramatic and all the Lanvin fans died this week. If the intention of the brand is to become the French Michael Kors, Lanvin is driving into a very disappointing situation. Going from a luxury house to a design label does not make sense. Let’s hope Shaw-Lan Wang will bring back Lanvin spirit and save the beautiful paquebot.

Info sourced at Vogue, The Guardian, The New York Times, WWD and wikipedia. All content is copyrighted with no reproduction rights available. Images are for illustration purposes only.