In 2005, Mugler launched Alien Eau de Parfum. More than a fragrance it was a powerful talisman, a strong message to all women and a protection at the same time. Thirteen years later, Mugler surprises everybody with a masculine version that should captivate all Mugler fans and beyond.

After The Goddess, Only A Man Could Do The Work!

As for the feminine version, Alien Man brings a strong message to those who will dare wearing it. Alien Man will bring self-confidence, optimism and allow you to have the energy and determination to fulfill your dreams. It is all about strength, confidence and positivism! The new fragrance for men will be launched in May 2018 and will extend the extraordinary world of Alien towards a more masculine scenery and olfactory signature.

The new fragrance brings together the origins of the world as well as a positive future. In a world where we do not know what is going to be the future, it is a great thing to bring a positive and optimistic vision of things. Alien invites you to explore the strange and the marvelous and to break through the impenetrable. It embodies the best masculine virtues and reveals them to others. The fragrance aura is  simply magnetic and all emotions are intense.

“Alien Man is a turning point in time when a male alter ego, a virtual deity yet unmistakably human, is on a quest for purity and light. Our leading man heralds an intoxicating escapade where power meets abundance.” – Thierry Mugler 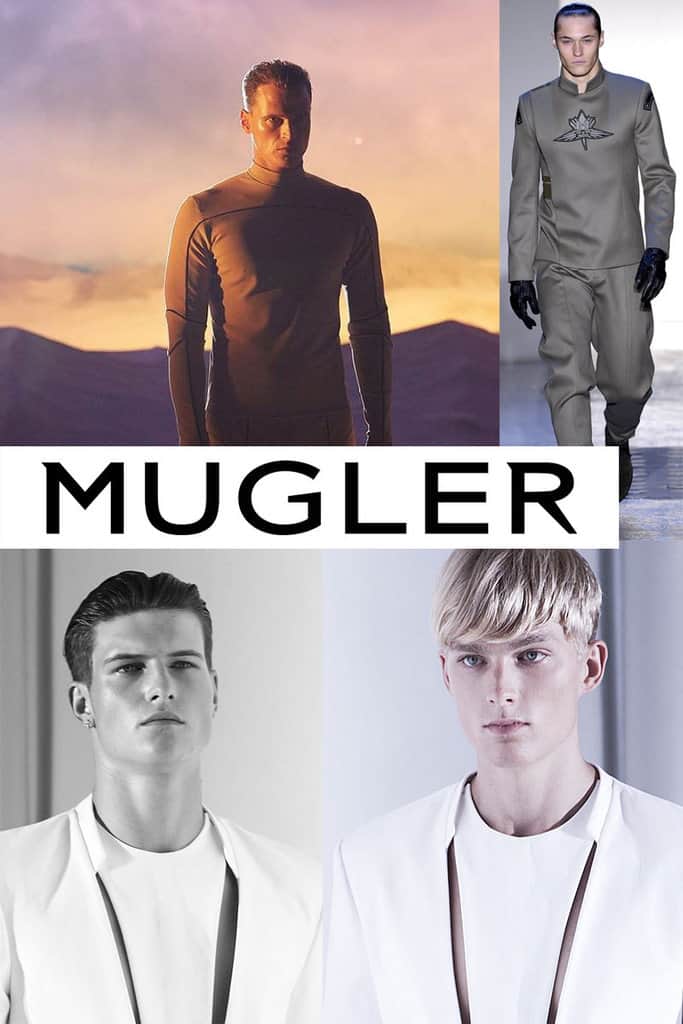 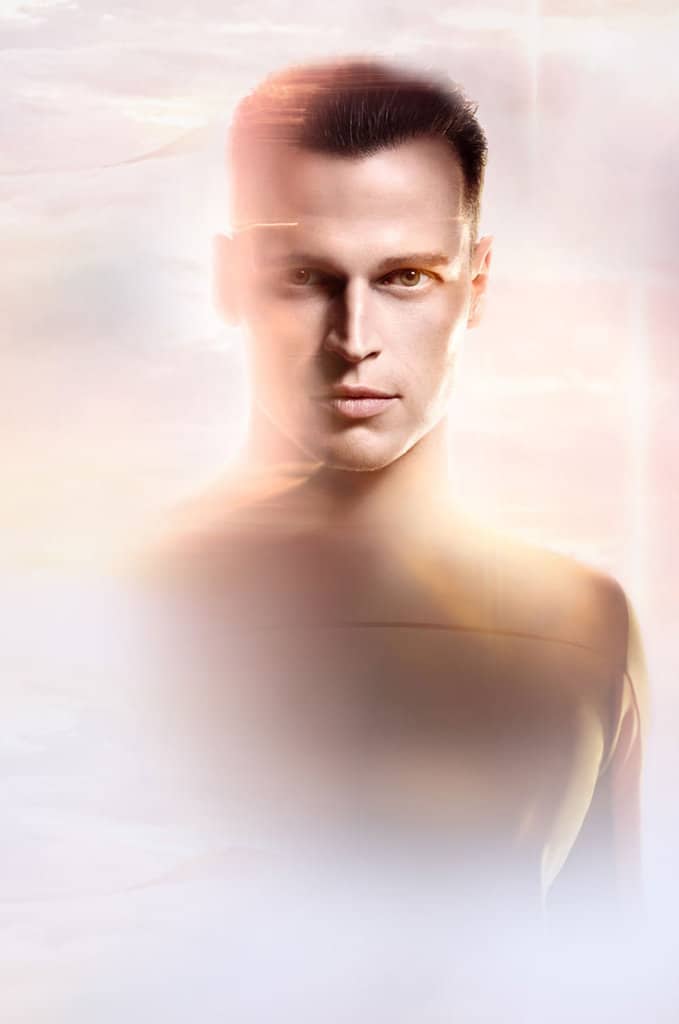 The Mugler man is multiple and yet, there are clear distinguishing characteristics that will always identify them. Mugler always presented a classical masculinity, giving it a definitively modern style. A clean, precise, structured cut which outlined a highly recognizable silhouette: prominent shoulders, both “anatomical and classic”, for a dynamically slender look. Mugler provides power and charisma to those who might not have enough, procuring a modern armor for the modern hero. With Alien Man, we see a more introspective man, always seeking something meaningful and into the future. He understands where he is coming from and look ahead with trust and determination. Mugler has always pictured a powerful man, often considered half-human, half-god. There is something about the Mugler Man that does not fit the ordinary. For Alien Man, there is a inner-light that guide him to his destiny and lead him despite of surrounding darkness.

When launching Alien EDP back in 2005, Mugler perpetuated its path with a distinctive signature. You do not choose a Mugler fragrance by chance or by default. You choose a Mugler fragrance because there is a strong feeling inside you that deserves to be expressed and highlighted. Alien EDP was built as any Mugler fragrance: with contrast and powerful ingredients. Alien Man takes inspiration in the Mugler man who causes confusion by his behavior and by the way he acts. As mentioned above, the Mugler vision of masculinity has a clean and sharp structure that highlights the body, its power and roundness. Full of contrasts, the new fragrance for men exudes a positive raw energy. The olfactory story starts with a tremendous and electrifying freshness of aromatic aniseed notes and reveals at the same time a backbone made of smoky woody notes. We can feel certain parallels with the Alien EDP, thanks to the addition of cashmeran wood and clean white ambers. These two ingredients provide a soft yet intense aura for this fragrance allowing a positive feeling of comfort and inner-confidence. Last but not least, there is a very original floral note, very leathery and fruity at the same time. The use of a Osmanthus note adds a disorientation, we loose our standard references that lead us towards an unprecedented experience. What I like in this fragrance is that you feel empowered with a new energy and at the same time it is comfortable and modern. Despite of the vibration of this fragrance, there is no olfactory violence. It is all done in a subtle way, yet we see a sharp approach where certain overdoses require a true mastery in terms of perfumery creation.

With such a strong message to all men, timeless and universal, the fragrance flacon should also be at the same level of execution as the rest. In the first seconds I saw the flacon, I immediately thought about one cinematographic reference: 2001 a Space Odyssey by Stanley Kubrick, filmed in 1968. In this film a strange monolith appears, true door to another time and space dimension. 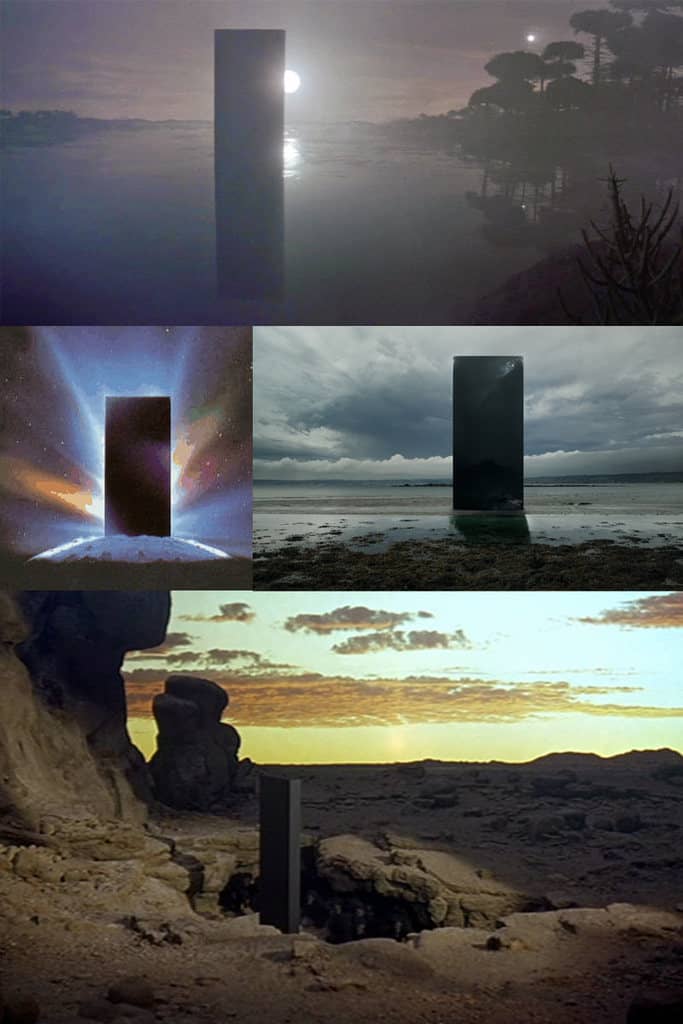 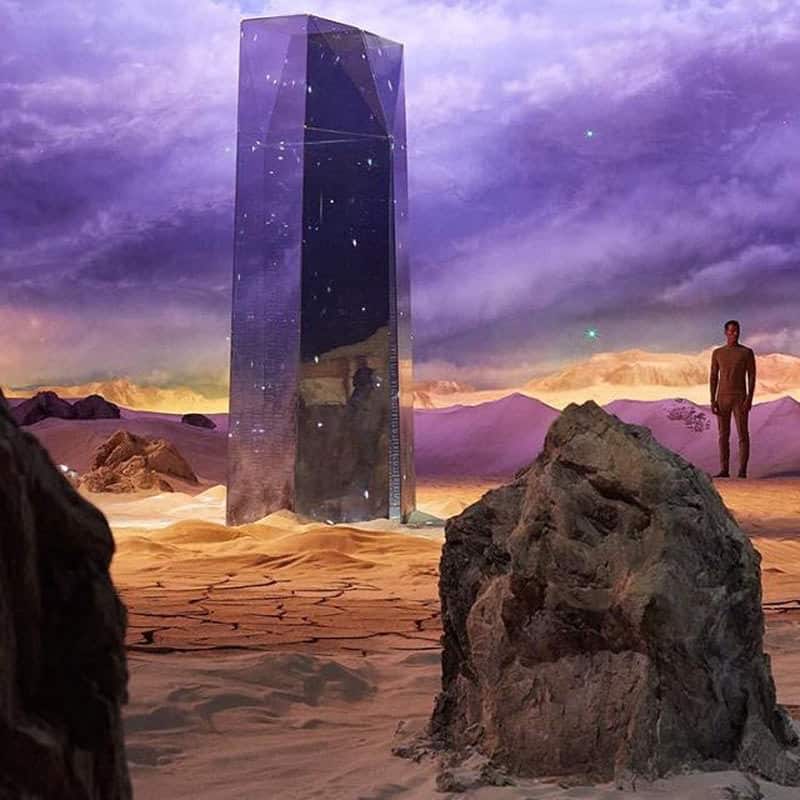 In the film, this strange monolith appears and provide to mankind the keys to evolve. Source of unlimited knowledge and power, the monolith is also a door to other worlds and a tool to help men to evolve towards a better future. In Arthur C. Clarke’s Space Odyssey, monoliths are machines built by an unseen extraterrestrial species. In the series of novels (and the films based on these), three monoliths are discovered in the solar system by humans. It also influences the fictional history of the series, particularly by encouraging humankind to progress with technological development and space travel. With Alien Man, the flacon monolith-like shaped is a symbol or a true witness of the power that lives within. 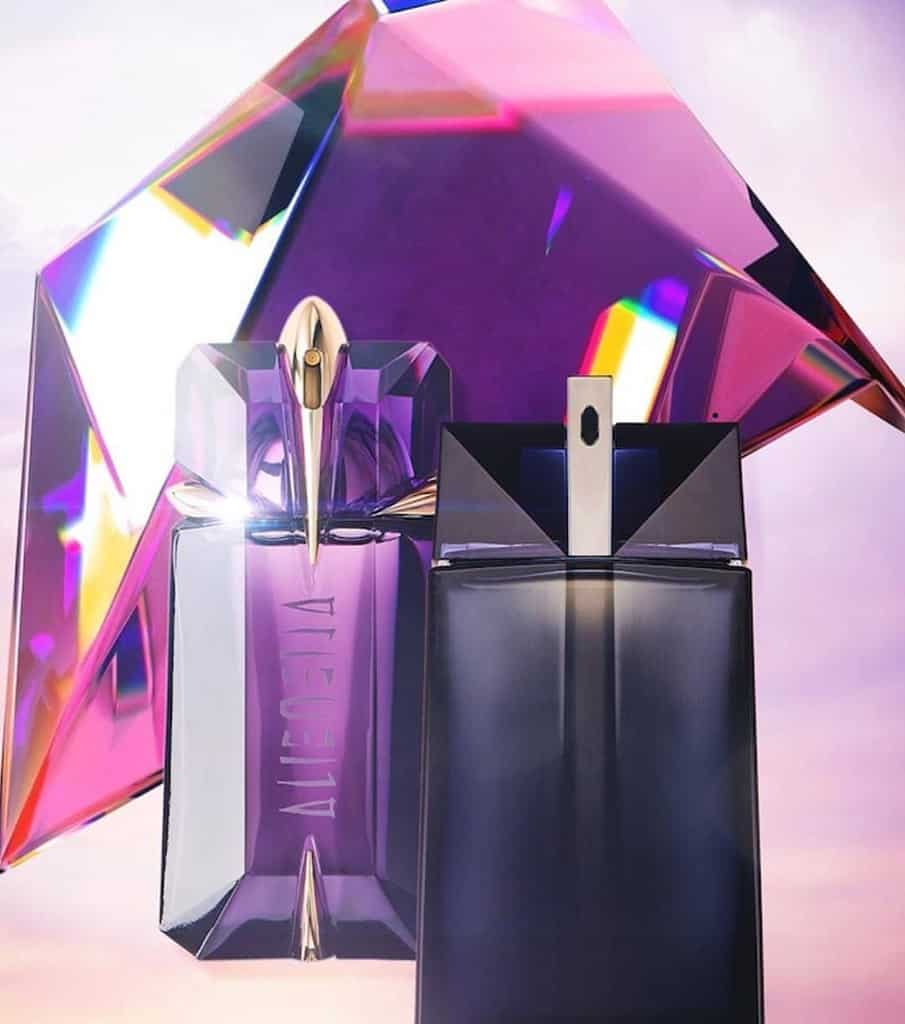 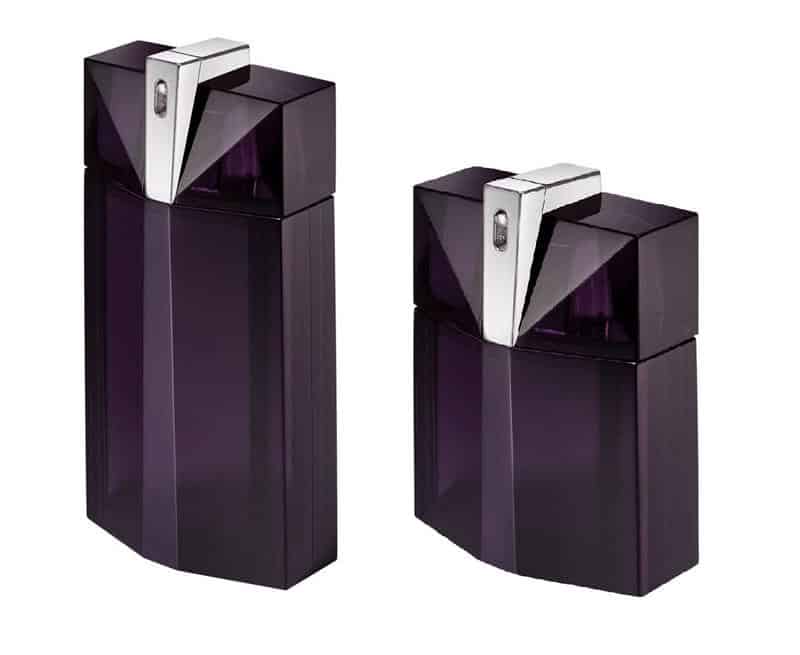 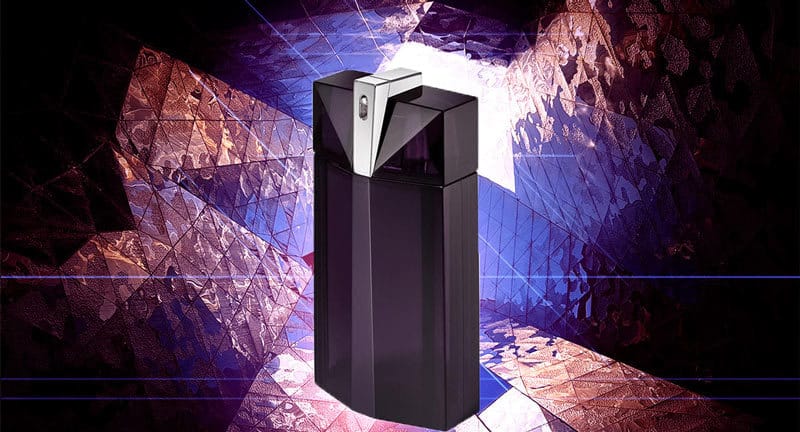 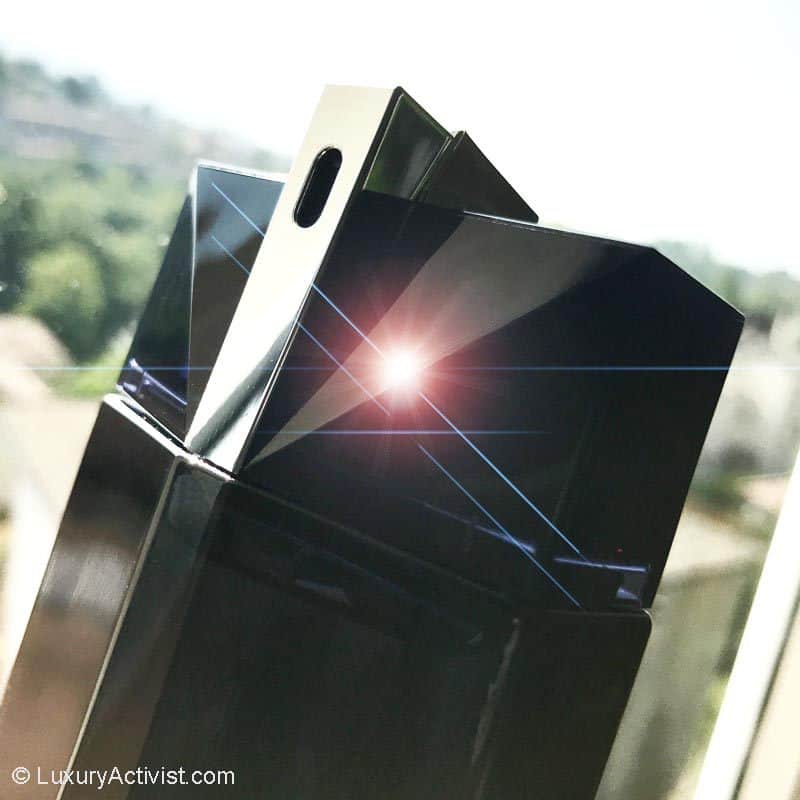 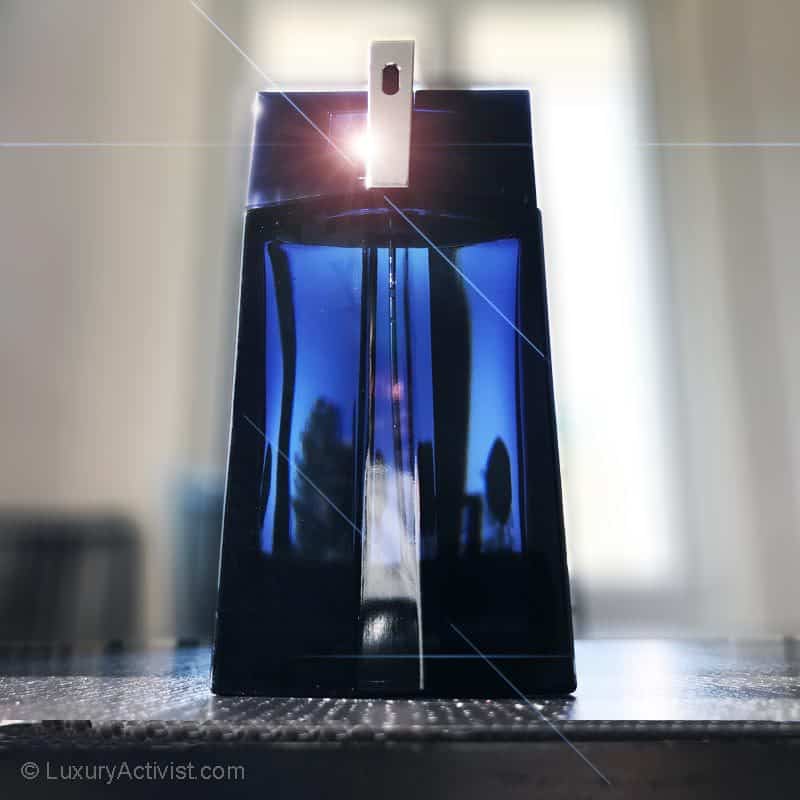 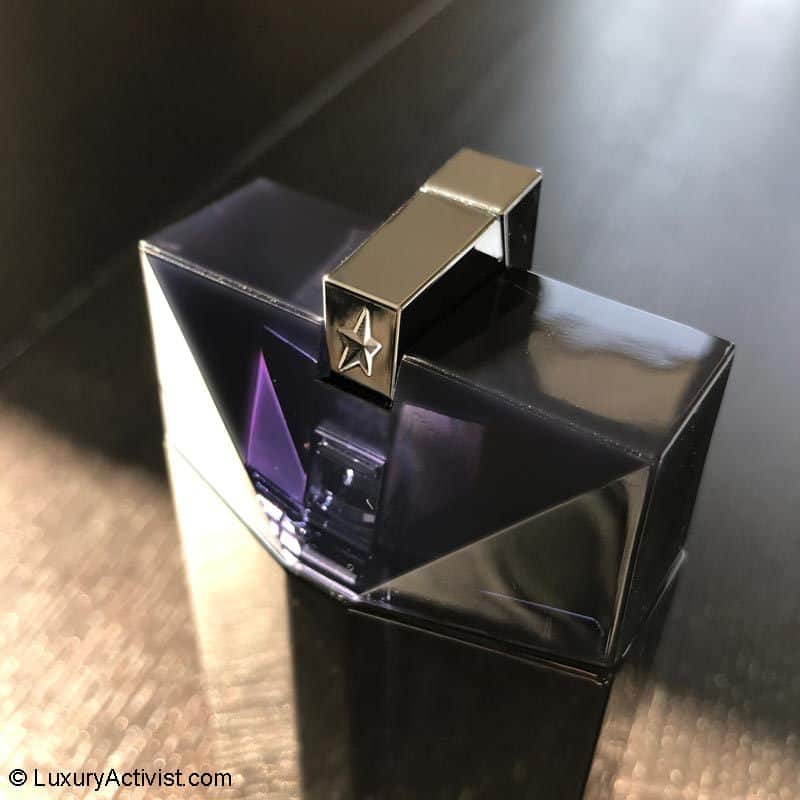 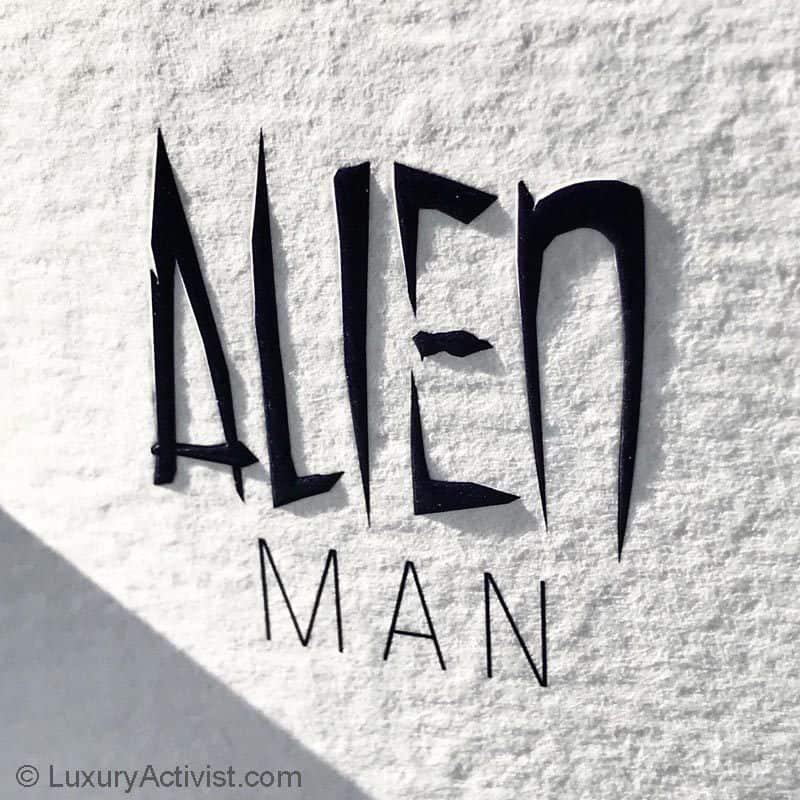 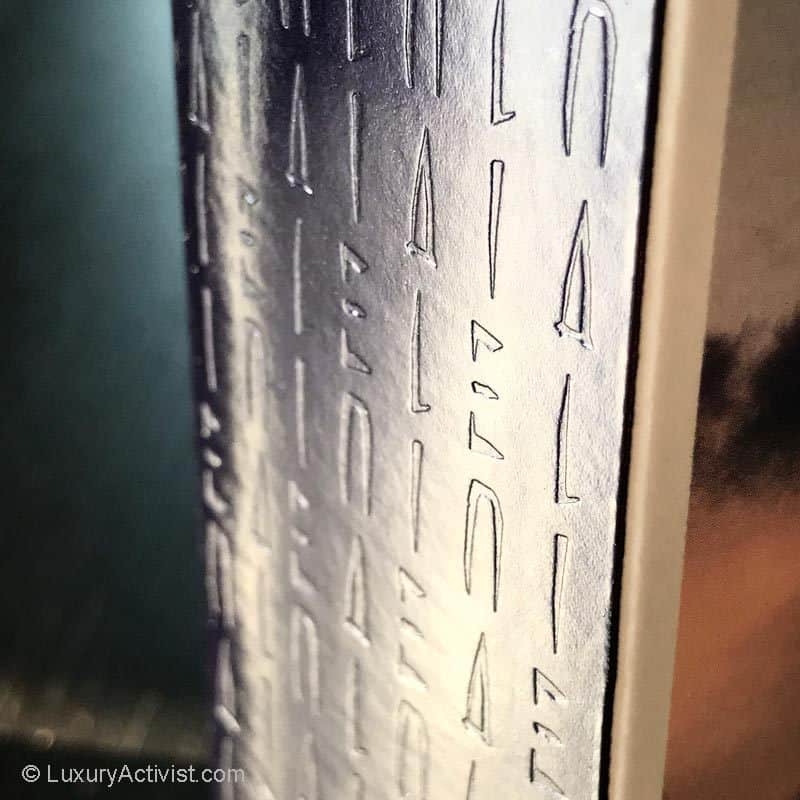 The new flacon does resonates with the existing feminine line, still bringing a more masculine aspect of this new talisman. As we say, the Mugler man has “shoulders” and his look is defined and sculpted as a true architecture piece. Metal and glass are combined to provide a precious feeling as well as the proof of a true mastery in glass making.

As most of masculine lines at Mugler, the product line is short yet essential. With the 100ML /3.4fl.Oz flacon you can enjoy a complementary experience with two version of the deodorant (stick and spray), as well as the body and hair shower gel. As you might know, Mugler belongs to the Clarins group, so it enjoys all the cosmetic and body care know how of the group, which is a tremendous advantage for the customer. You get best in class products with a true leading beauty company development capabilities. One strong specificity of Mugler is a certain eco-responsibility. All flacons being so sophisticated and beautiful, you might have a hard time to throw it to the garbage. At Mugler all lines have refillable flacons, so you can keep it endlessly and refill it whenever needed. For Alien Man it is the same. In the line you can find a 100ML/3.4fl.Oz eco-refill which also has an interesting entry price. See here below. 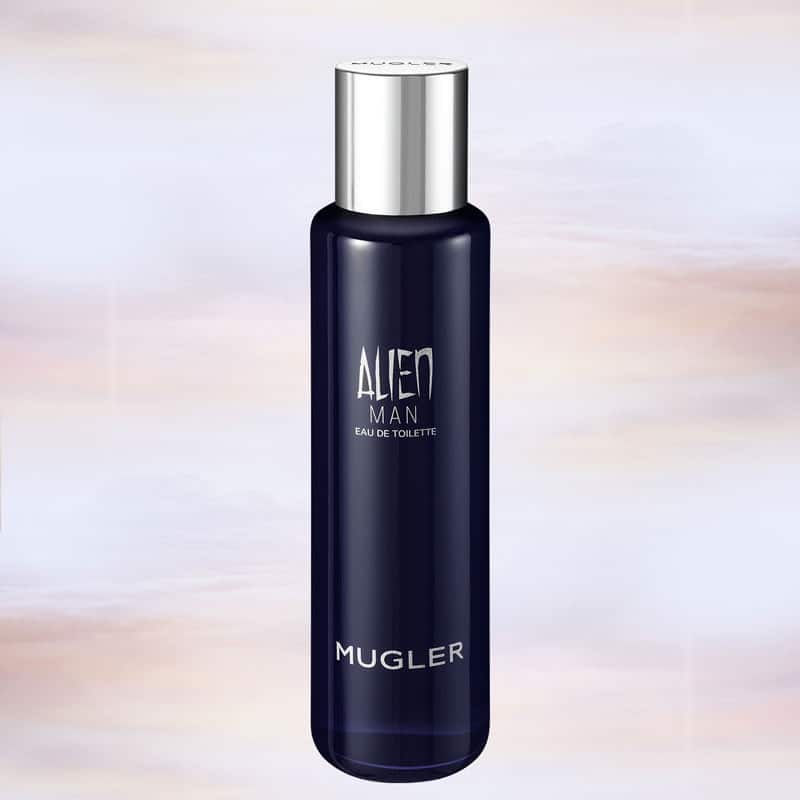 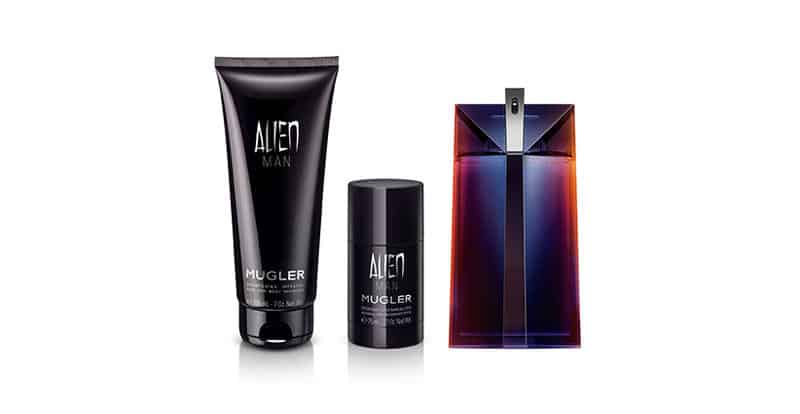 Alien Man is available in all Mugler selective point of sales from May onwards. More than just a “for her and for him” story, the Alien saga continues and evolves. You can see the full story by visiting the brand official website: https://inter.mugler.com/univers-alien-man

More than ten years later after the launch of Alien Eau de Parfum, the Alien story evolves and introduces a new character, a man. He was probably already part of the initial story somehow, it was just now the right moment for him to appear. Like a film director, Mugler puts on stage its creations and tell you a story that generally hooks you in… or not. There is no half-measure with a Mugler fragrance… et c’est tant mieux!

Info sourced at the brand official website and product testing. All content is copyrighted with no reproduction rights available. Images are illustration purposes only.