Friends from the 90’s and the early years 2000 be aware that MP3 is dead. In a world in which music streaming erased the “format” debate, it was just announced that the MP3 format is over by stopping its licensing. An entire chapter of digital freedom has concluded. What a ride ! 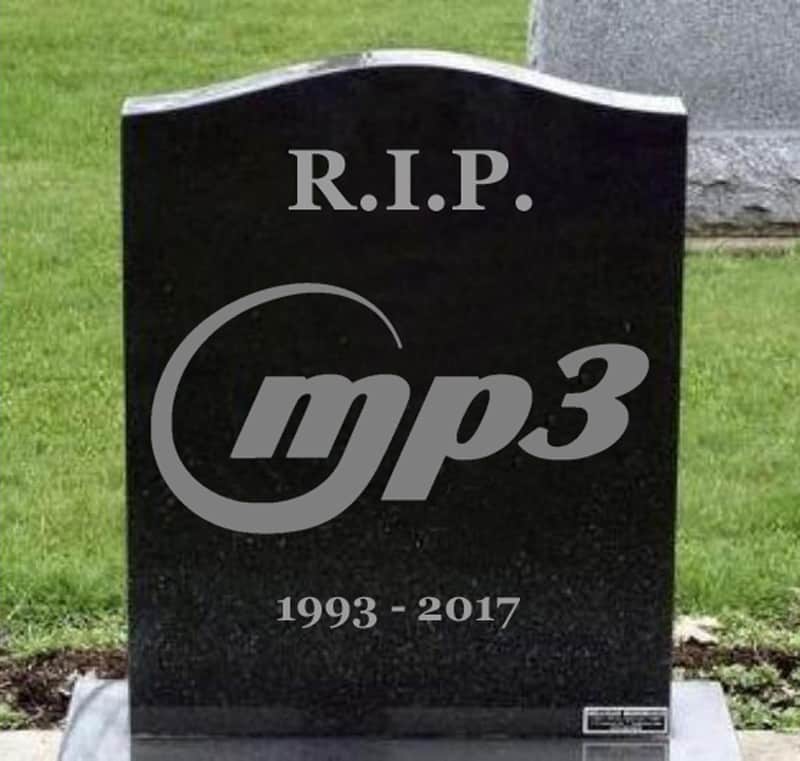 The explosion of digital and specifically the world wide web allowed the dissemination of MP3. It liberated the audio format and made easier the sharing. Multi-device, multi player, multi OS system, the MP3 was a true revolution supporting the development of several businesses and digital usages.

Before 1993, the MP3 had a scientific background

The interest of MP3 was based on the fact that the human hearing has a certain limitation. This is what is called Auditory masking. So the audio data compression could be applied without a perceived loss of quality because we can get rid of certain amount of unperceived data. In 1959, Richard Ehmer described a complete set of auditory curves regarding this phenomenon. Ernst Terhardt et al. created an algorithm describing auditory masking with high accuracy. This work added to a variety of reports from authors dating back to Fletcher, and to the work that initially determined critical ratios and critical bandwidths. By the end of the 70’s a lot of work around this phenomenon was done which ended by creating a codec that would help music compression without a perceived loss of quality. Ten years later, Hiroshi Yasuda and Leonardo Chiariglione founded The Moving Picture Exerts Group – MPEG – They were both leading technological initiatives in their respective countries. They met in May 1988 and started working on a global standard. MPEG needed almost a decade to put in place the MP3 format and to delivered to the public.

Mid-90’s: the year of globalization for MP3

In July 7th 1994, the first .Mp3 format is chosen as a file extension by a Germany organisation (Fraunhofer Society) to be applied to its encoder. During fall 1995, they release WinPlay3, the first massive distributed MP3 encoder that allowed millions of people to read their music in their PCs. Until the release of Winamp in 1997, WinPlay3 was the sole option for playing MP3-compressed music on Microsoft Windows. Unlike modern audio programs, such as Winamp or iTunes, it lacked advanced features such as equalizers, or playlists as a menu option, and concentrated mostly on playback. 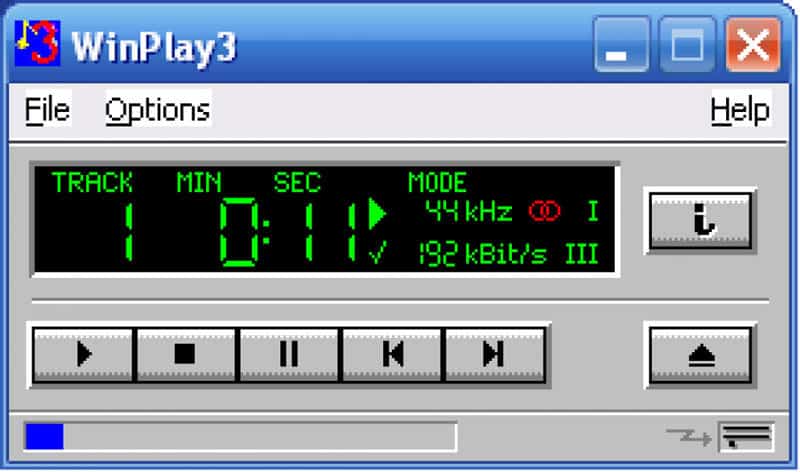 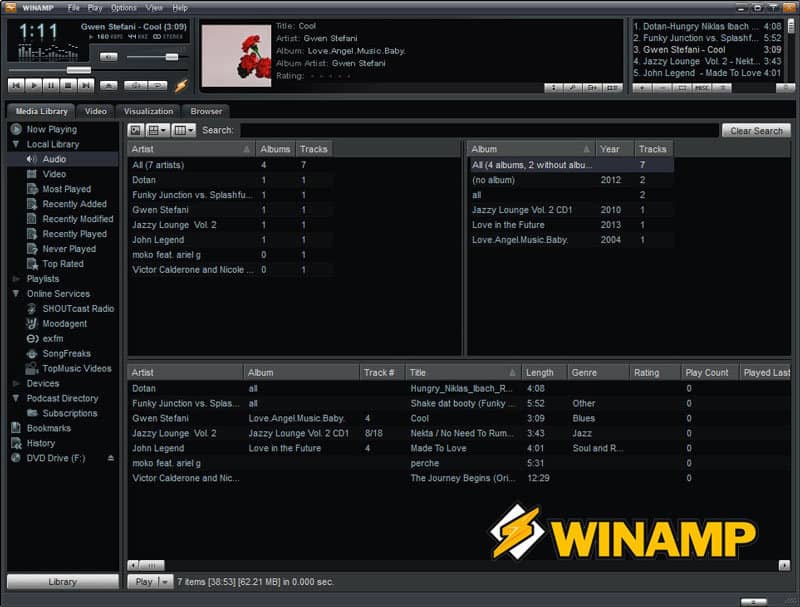 End of 90’s beginning of years 2000: MP3 was the best companion for digital freedom.

In the second half of the 1990s, MP3 files began to spread on the Internet, often via underground pirated song networks. The popularity of MP3s began to rise rapidly with the advent of Nullsoft’s audio player Winamp, released in 1997. In 1998, the first portable solid state digital audio player MPMan, developed by SaeHan Information Systems which is headquartered in Seoul, South Korea, was released and the Rio PMP300 was sold afterwards in 1998, despite legal suppression efforts by the RIAA.

In November 1997, the website mp3.com was offering thousands of MP3s created by independent artists for free.[49] The small size of MP3 files enabled widespread peer-to-peer file sharing of music ripped from CDs, which would have previously been nearly impossible. The first large peer-to-peer filesharing network, Napster, was launched in 1999. The ease of creating and sharing MP3s resulted in widespread copyright infringement. Major record companies argued that this free sharing of music reduced sales, and called it “music piracy”. They reacted by pursuing lawsuits against Napster (which was eventually shut down and later sold) and against individual users who engaged in file sharing. 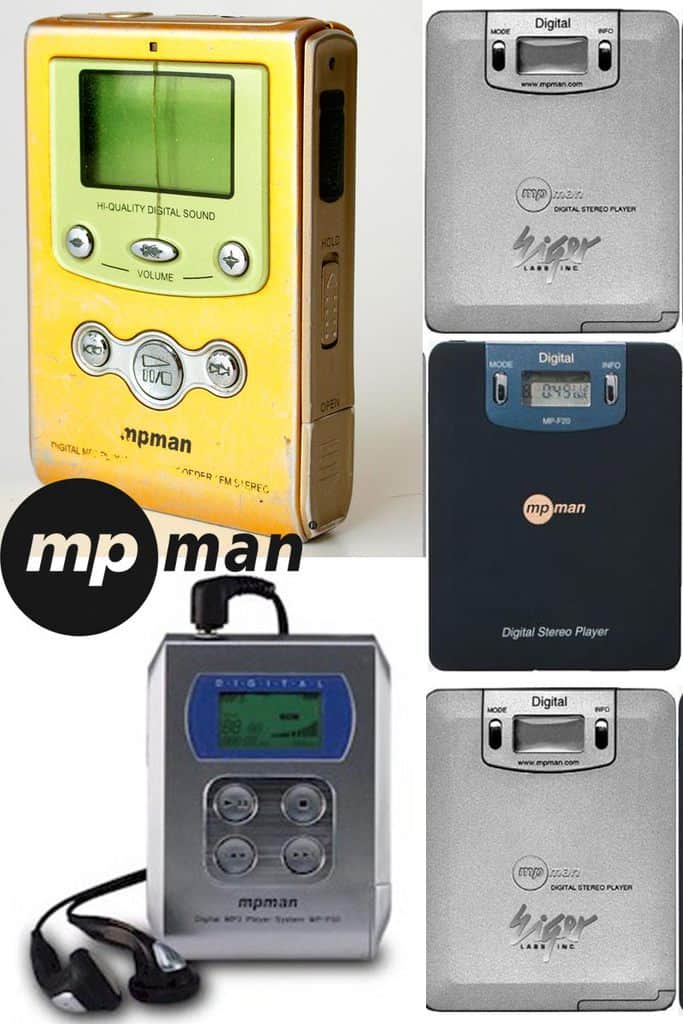 The Fraunhofer Institute for Integrated Circuits, part of the German research body which funded the technology, has terminated its licensing program for certain MP3-related patents after almost two decades. The institute said that while the MP3 is still popular with consumers, it has been outpaced by “more efficient audio codecs” with more advanced features.

Although there are more efficient audio codecs with advanced features available today, mp3 is still very popular amongst consumers. However, most state-of-the-art media services such as streaming or TV and radio broadcasting use modern ISO-MPEG codecs such as the AAC family or in the future MPEG-H. Those can deliver more features and a higher audio quality at much lower bitrates compared to mp3. – The Fraunhofer Institute

MP3 helped an entire generation to discover the interesting power of sharing information without any limits. It helped the web to improve and the data storage as well. The online music industry would not have been the same without the MP3 format. Today a chapter ends. Licensing is over which means there will be no new devices to fully integrate MP3. Of course your music is not lost. If you spent hours transferring your music from your old CDs to your computer, you will be able to still listen to it. You might need to pay attention that certain devices or music services might transform your .mp3 into a different format. Another important phenomenon is music streaming services. With the arrival of Spotify, Deezer and Apple Music, no need to transfert music from CDs to Digital. You do not even need to buy music. You can only buy the access to listen to it thanks to a 9.99$ monthly subscription. Technology is evolving and it is evolving very fast.

info sourced in the official communication release, Techcrunch, Wired, Mashable and Wikipedia. All content is copyrighted with no reproduction rights available. Images are for illustration purposes only.