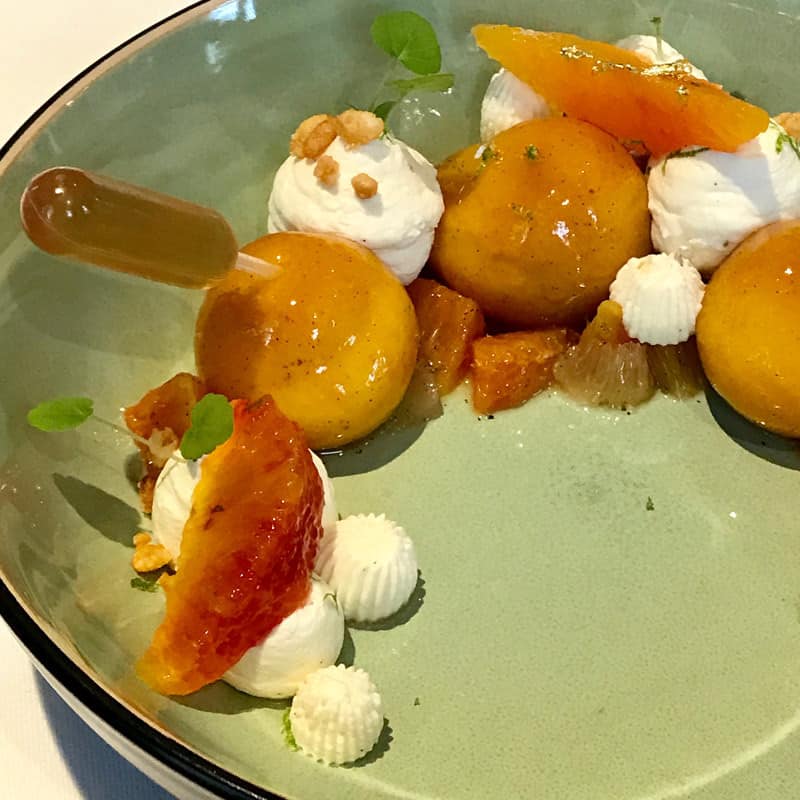 During a very inspiring morning at the Royal Savoy in Lausanne, we were able to discover 3 new desserts that will complete the new menu for this Spring. It was the opportunity to meet the talents behind this extraordinary cuisine like Julien Krauss (Executive Chef), Adam Bentalha (Brasserie Chef) or Marc Haeberlin (Signature Chef).

This morning was actually a “tasting session” in which we would discover and taste 3 new desserts. These new three creation will be part of the new menu to be launched in February 7th. The 3 desserts are revisits to great classics and the talented team at the Royal Savoy found a new way to review these amazing desserts. Between poetry and design, the Royal Savoy customers will be amazed. The following desserts were prepared by Charlotte Marchal operating in the Royal Savoy kitchen. 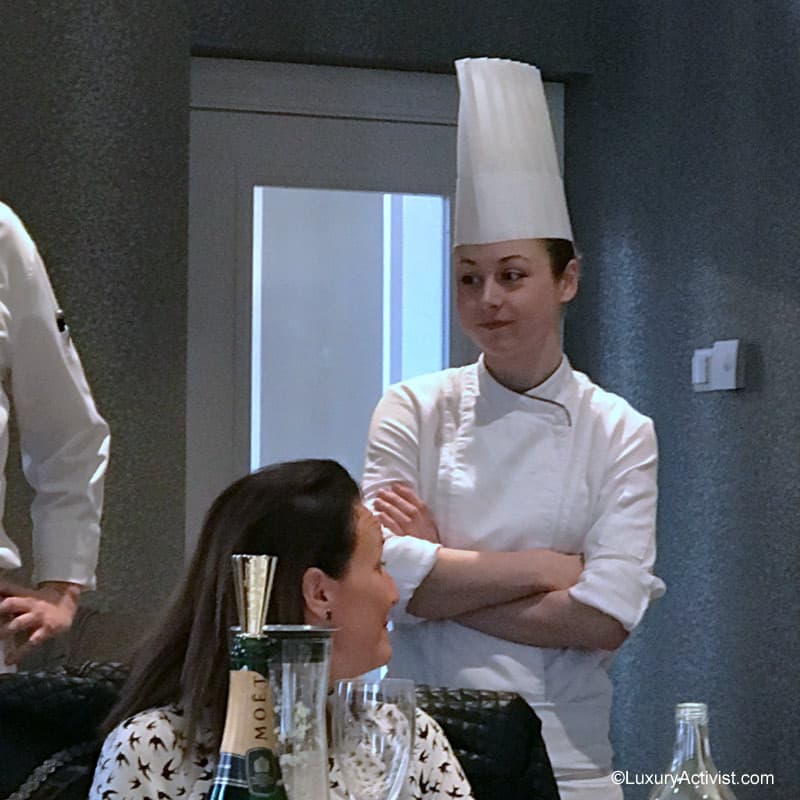 The three new desserts were chosen by being classics. Still, the Royal Savoy team decided to revisit these classics into something more contemporary and stylish. We have a great pleasure to rediscover these desserts in a very different way, they are almost too pretty to be eaten.

This is by far one of the most traditional French Brasserie dessert: Profiteroles – Cream puffs.  is a filled French choux pastry ball with a typically sweet and moist filling of whipped cream, custard, pastry cream, or (particularly in the US) ice cream. The puffs may be decorated or left plain or garnished with chocolate sauce, caramel, or a dusting of powdered sugar. The word profiterole (also spelled prophitrole, profitrolle, profiterolle) has existed in English since 1604, borrowed from French. The original meaning in both English and French is unclear, but later it came to mean a kind of roll ‘baked under the ashes’. A 17th-century French recipe for a Potage de profiteolles or profiterolles describes a soup of dried small breads (presumably the profiteroles) simmered in almond broth and garnished with coxscombs, truffles, and so on. The current meaning is only clearly attested in the 19th century. Although both the pastry and the name profiterole initially came from France, profiteroles are one of the main national dishes in Gibraltar.

In this version, The Lausanne Royal Savoy has reinvented the way a Profiterole dessert looks like. In the images above we sense almost a miniature landscape. It is clean, fresh and nice to look at. The tasting is fantastic. The cream inside the “choux” is light, not too sugary and blends perfect with the crusty side of the outside. Pecan nuts are caramelized and decorated with gold leaf. Pure poetry in a plate.

Here is the revisit of a Millefeuilles, again a great classic in gastronomy cuisine. Traditionally, a mille-feuille is made up of three layers of puff pastry (pâte feuilletée), alternating with two layers of pastry cream (crème pâtissière), but sometimes whipped cream or jam are substituted. The top pastry layer is dusted with confectioner’s sugar, and sometimes cocoa, pastry crumbs, or pulverized seeds (e.g. roasted almonds). All the elements of the recipe are present in numerous cookbooks since, at least, the 16th century but the exact origin of the mille-feuille is unknown. The earliest mention of the name Mille-feuille itself appears in 1733 in an English-language cookbook written by French chef Vincent La Chapelle. Unlike the modern cake, the 18th-century Mille-feuille is served stuffed with jam and marmalade instead of cream.

In the version of the Lausanne Royal Savoy, the Mille-feuille was built vertically (usually horizontal) and the hint of Caramel Beurre salée is wonderland!

The Baba au Rhum is a small yeast cake saturated in syrup made with hard liquor, usually rum, and sometimes filled with whipped cream or pastry cream. It is part of the great traditions of western gastronomy. The original form of the baba was similar to the babka, a tall, cylindrical yeast cake (babka is still cooked in Ukraine, Poland and in Ukrainian and Polish communities over the world). The name means “old woman” or “grandmother” in the Slavic languages; babka is a diminutive of baba. The modern baba au rhum (rum baba), with dried fruit and soaking in rum, was invented in the rue Montorgueil in Paris, France, in 1835 or before. Today, the word “baba” in France and almost everywhere else outside eastern Europe usually refers specifically to the rum baba.

The original baba was introduced into France in the 18th century via Lorraine. This is attributed to Stanislaus I, the exiled king of Poland. The Larousse Gastronomique has reported that Stanislaus had the idea of soaking a dried Gugelhupf (a cake roughly similar to the baba and common in Alsace-Lorraine when he arrived there) or a baba with alcoholic spirit.

The Lausanne Royal Savoy reinvented the Baba by adding a pipette dosage of Rhum as well as creating a citrus treat of Taroco oranges. Again this was done with love and caring which makes one of the most original presentations of the Baba au Rhum.

Cannot wait to try the new menu, still a week to go. The Royal Savoy Cuisine is fresh, contemporary and pleases the customers with the great quality of its products. Every detail is taken care of like if you get the best experience of your life each time you go there.

Info sourced at the Royal Savoy and Moet & Chandon presentation – #BubblyBreakfast, Wikipedia, Jamie Oliver’s book, Larousse. All content is copyrighted with no reproduction rights available. Images are for illustration purposes only.

“Bubbly Breakfast” at the Lausanne Royal Savoy. When talent and creativity meet.