Moet Hennessy has a strong heritage of innovation and respect of traditions. This year they are revealing one of their latest projects: AO YUN, wine from China. It is a multiple years project that has the ambition to become the best wine in China. Moet Hennessy put all the required means to make it happen.

The project is as it is a brand new winery creation: living the dream of any vigneron, it is the opportunity to discover a new region with, rich culture and breathtaking landscapes. After years of research to identify the best region for the project, Moet Hennessy has chosen one with a high-mountain identity: same maximum temperature, lower night temperature, stronger UV, drier end season. This means they do not need to bury the vines in winter and there is enough rain to help the vines grow.
The vineyards are situated in North Yunnan, at the edge of the Himalayas and just below the sacred Meili Mountain that culminates at 6’740m.The local farmers have lived on these lands and adapted to this steep mountain region by building millions of terraces. They breed cattle, collect mushrooms and medicinal plants from higher altitude in the mountains.

Yunnan, one the richest natural places in the planet

Yunnan is a province of the People’s Republic of China, located in the far southwest of the country. It spans approximately 394,000 square kilometres (152,000 sq mi) and has a population of 45.7 million (2009). The capital of the province is Kunming, formerly also known as Yunnan. The province borders Vietnam, Laos, and Burma. Yunnan is China’s most diverse province, biologically as well as culturally. The province contains snow-capped mountains and true tropical environments, thus supporting an unusually full spectrum of species and vegetation types. 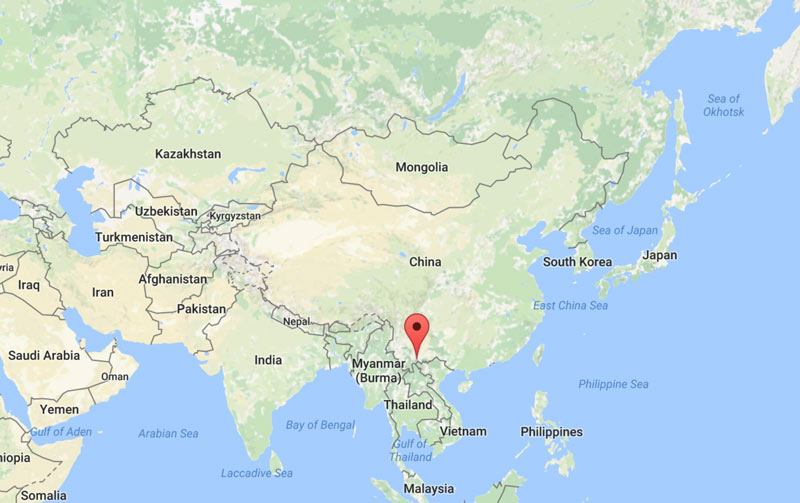 In the remote northwest corner of the Yunnan province, lies the legendary Shangri-La: lost paradise full of richness and natural resources. AO YUN vineyards are located in Adong, Xidang, Sinong and Shuori, just below the sacred Meili Mountain at altitudes varying from 2’200 to 2’600 meters, to allow the Cabernet Sauvignon to give its finest expression of a unique terroir. An exceptional red wine made of 90% Cabernet Sauvignon and 10% Cabernet Franc.

The history of Chinese grape wine has been dated back more than 4,600 years. In 1995, a joint Sino-USA archaeology team including archaeologists from the Archeology Research Institute of Shandong University and American archaeologists under the leadership of Professor Fang Hui investigated the two archaeological sites 20 km to the northeast of Rizhao, and discovered the remnants of a variety of alcoholic beverages including grape wine, rice wine, mead, and several mixed beverages of these wines. Out of more than two hundred ceramic pots discovered at the sites, seven were specifically used for grape wine. We can see that the extraordinary climate of the southern regions of China brings a tremendous opportunity for winemakers to discover a new frontier, build a terroir from scratch which is the ultimate dream of any vineyard owner.

Ao Yun is made from 314 blocks on 27,7ha of vineyards. All viticulture processes are conducted entirely by hand: weeding, shoot thinning, shoot attaching, secondary shoot thinning, leaf thinning, shoot topping, green harvest, harvest. Each step of the vinification of this wine reflects a best-in-class approach. AO YUN means “flying above the clouds”. It is a dual reference, one for the thick clouds we can see in the region and another for being in the place of Shangri-La. It is a fictional place described in the 1933 novel Lost Horizon by British author James Hilton.

Hilton describes Shangri-La as a mystical, harmonious valley, gently guided from a lamasery, enclosed in the western end of the Kunlun Mountains. Shangri-La has become synonymous with any earthly paradise, and particularly a mythical Himalayan utopia – a permanently happy land, isolated from the outside world. In the novel Lost Horizon, the people who live at Shangri-La are almost immortal, living years beyond the normal lifespan and only very slowly aging in appearance. The word also evokes the imagery of exoticism of the Orient. In the ancient Tibetan scriptures, existence of seven such places is mentioned as Nghe-Beyul Khembalung.

Behind a great wine you find generally a great man. In this case you will fine Maxence Dulou. He was born in France and was initiated into the classic Bordeaux techniques of winemaking and vineyard management. After a strong education on this field in France, Maxence Dulou traveled the world always looking for new challenges and discovering new terroirs. From Chile and South Africa, his approach is a best-in-class angle with a full respect of the local richness.

After all his travels, he establish himself with his family in the beautiful village of Adong – Yunnan. He took over the responsibility for the AO YUN winemaking and viticulture  teams at the Moët Hennessy Estate. This is what the Decanter.com tells about AO YUN 2013:
“A blend of 90% Cabernet Sauvignon and 10% Cabernet Franc, this is a bold, dramatic and compelling debut wine from winemaker Maxence Dulou. Particularly impressive is the strong sense and imprint of place which is partially revealed by its saturated colour, exquisite ripeness, silky, grainy tannins and exciting freshness. The palate also provides sweet black and red cherry fruit overlaid with cool graphite, camphor as well as notes of juniper, pepper and cumin. Most surprising of all is the 15.1% alcohol which is both balanced and well hidden in the texture and freshness. It’s difficult to predict how long the wine will age and develop. But all the elements are there for a long and happy life.” 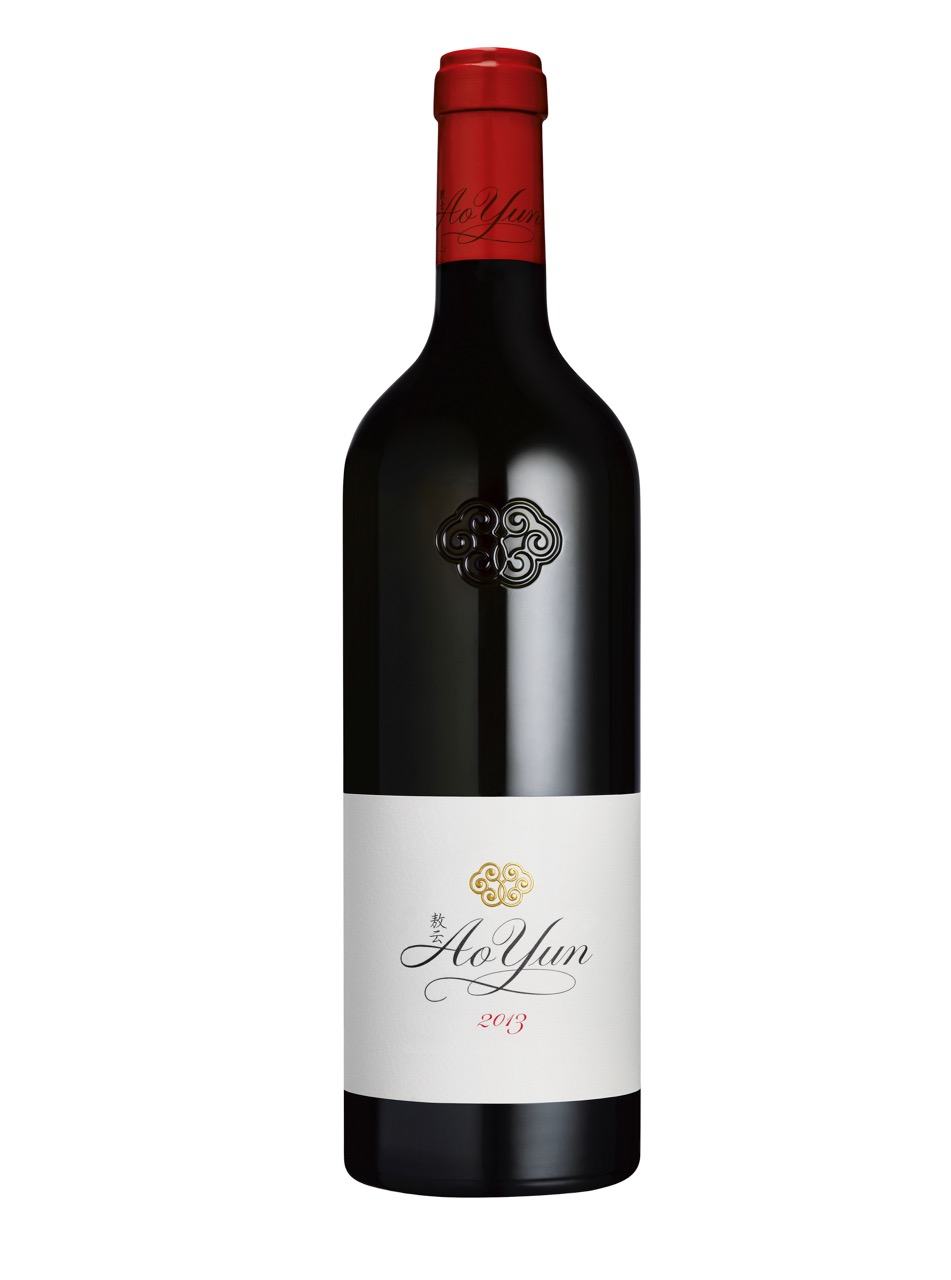 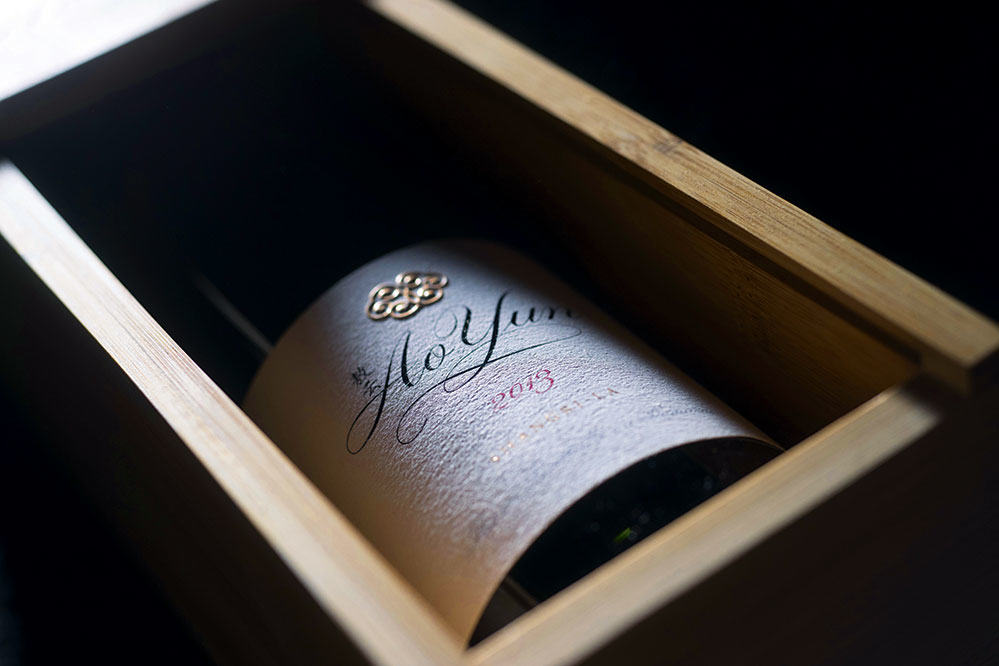 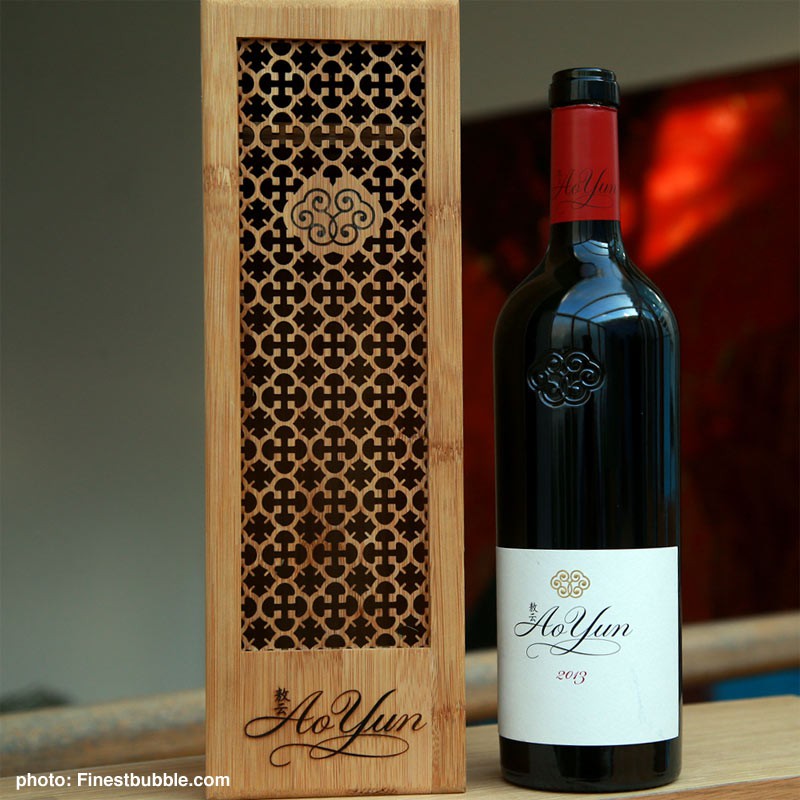 What can we say about the project itself? Well, for sure that Moët Hennessy placed all the required resources in money, time and people to make a great wine. And to obtain a great wine, you need time and patience. The first vines were planted in 2002. Most of them were Cabernet Sauvignon and a small percentage was Cabernet Franc. The altitude of the vineyard makes a climate hotter and drier than the ones you can find at sea level. To give you a comparison, only 250mm of rain fall during summer whereas in Bordeaux you might have up to 750mm. Another interesting topic is the contrast of great sunshine and UV levels during the day and the cold nights. This is beneficial to the metabolism of the vines. The grapes are farmed organically due to a lack of mildew or botrytits, hence no need for chemicals to be sprayed. Just 2,000 cases have been produced and due to the remote area of vineyard, there is little room for expansion. All these conditions makes this wine an exceptional one. A very limited quantity of bottles are available. According to some records only 50 cases will be delivered in the US and another 50 cases in the UK. If you end up with a AO YUN in your glass you can consider yourself as a lucky person.

Info sourced at Moët Hennessy official press release, wikipedia, decanter.com, thefinestbubble.com and jancisrobinson.com. All content is copyrighted with no reproduction rights available. Images are for illustration purposes only.