The sunday brunch became more than a habit, it became a art of living. It is one of the best moments in the week, that you decide t spend good time chilling-out and preparing for a new week to start (without thinking too much in it). So generally you look for a great place with great food and that everything seems easy and comfortable. That was definitely not the case last Sunday at Le Mirador close to Vevey in Switzerland. And here is why I would not recommend this place.

Before: it was amazing

I remember the time that Le mirador was part of the Kempinski hotels administration. Everything was fantastic for the customer. From the first step into the place, the personnel, the quality of decoration, the food, even the hotel itself was a great place to stay. The Spa by Givenchy: one of the best spas in the area. Although I live 20mn away, I spent a couple of weekends there. The Sunday brunch was amazing. White tablecloth on the tables, highly qualitative food, true champagne included in the meal, experienced and competent people at your service. It was very expensive but it was a true delight to go there and spend the entire day by adding the day-spa.  Then things changed. 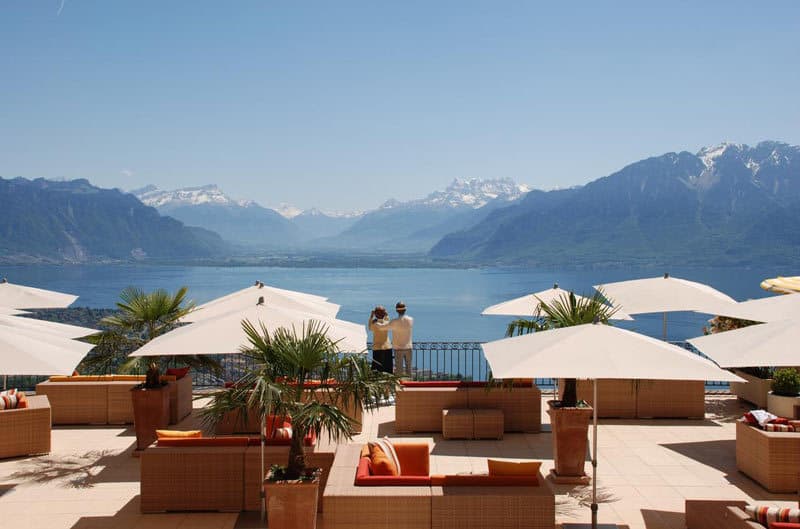 Then: The Change Was Radical

Then, things started changing almost from one day to another. The reason was easy to understand, the Kempinski was not any more in charge and the hotel was sold to a Chinese Group called Citychamp Dartong. The transition was done from a communication point of view quite discreetly, even from a identity point of view. But the change in the hotel itself was radical. I went there during the first year after the purchase, curious to know what would change. Well everything changed. The Sunday brunch was much cheaper, from CHF 125 to CHF 85. But everything was cheaper. No tablecloth anymore, the decoration was really at the level of a highway restaurant and the personnel was 2nd class. The Brunch from a food perspective was terrible. I decided to never go back again. I kept following the hotel news via its social networks.

The Transition Phase Was Over, They Said.

One day, in a desperate action to still believe things can change, I contacted the community manager of Le mirador to express my disappointment. I got an answer saying that in deed they faced a few challenges when they got their independence from the Kempinski administration. Now things were better, they renewed the restaurants and the new chef and his team had things in hand now. I said to myself that perhaps I would give it a try. Last Sunday was for me the perfect opportunity to try again. It was Easter and they had a special menu. 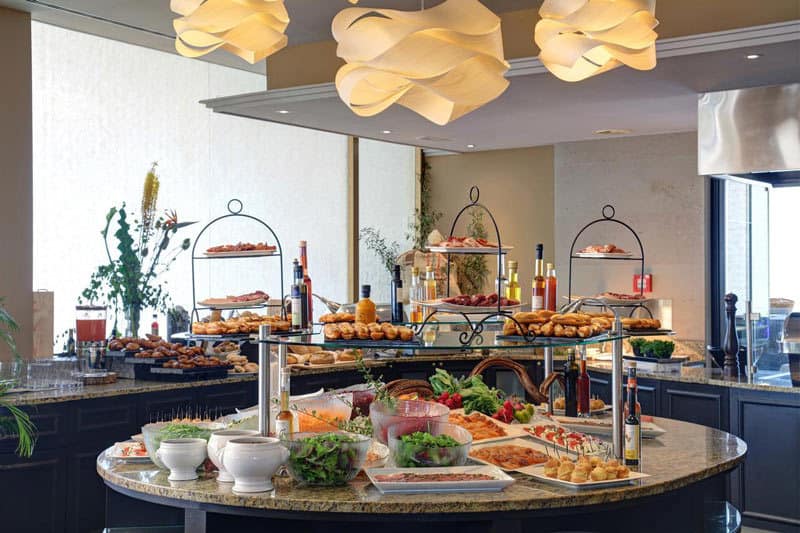 Disappointing, Tiring And a Bitter Feeling Of Being Ripped Off

So last Sunday I took the family and went to Le Mirador, hoping it would be the perfect moment. I was not capable to imagine what I would get for Easter. By entering by the main door, I went to say hello and announced I had a reservation to Le Patio for the Sunday Brunch. The only lady sitting at the main entrance, sent me outside and walk with my family through the alleys where cars passes, in the cold, with two small kids rather than propose to just cross the inside terrasse-garden (as I used to do in the past). We did as she suggested. Afterwards I realized we could have passed by the terrasse-garden.

Once we got installed in a nice round table, I did realized that the decoration was much better. Tablecloth was back and there was an effort to create a contemporary ambiance. Everything was fine until we wanted to get food. The self-service buffet was not great. There was no added value dishes, mainly green salad, sliced tomatoes, smoked salmon and some of red tuna. To note small Foie-gras hamburgers. Nice idea but no preparation, no sauce, quite dry. Such a big area dedicated to this was a waste of time. All elements were duplicated in the central table so it would give you the feeling of “a lot”. In terms of hot dishes, there were cooked vegetables, chicken sausages, bacon and beans. Not even eggs! We needed to order to the cuisine team who would do it in front of you. They had Prawns, Scallops, Beef and Lamb. The idea was nice but in the entire crew of 3 or 4 people, only one person was really competent. I suppose it was the chef. All the others were assistants, some of them training. So, yes, it was a fight to get something warm to eat. 15mn to being able to order some pasta with bolognese sauce for my son, 10mn to order 2 fried eggs… my wife abandoned the idea to get a warm meal. At the end, we did not have 10mn together at the table because I was desperately fighting for food.

There was also a sushi station in the buffet, which is a good idea. Unfortunately the person taking care of the Sushi just vanished and there was nobody there to help. There was as well the “plateau de fromages” (the cheese station) where there was not many cheese choice. The knife was completely overtaken by the “blue cheese” as there was just one knife for all the plateau. The same for the Desserts by the way. Then the desert buffet was pretty disappointing as well. A duplicated choice of “tartelettes” and very commun pastries. Only one dessert was good and original: the three chocolate cake. All the rest was really “average”. There was not enough cutlery available, so your chocolate cake would end up with bids of red fruits and vice versa. To grab a tartelette was also very challenging. We needed to ask for help as the cutlery was not adapted. We ended up not spending good time together as I spent my entire time fighting for food. The only thing we got at the same time was our coffees at the end.

The only nice initiative was the Easter eggs hunt organized for children. Le Mirador dedicated a room for that. Unfortunately it was not well managed as my son came back with just a couple of chocolates because “the older children took everything for them”. I felt bad for my 5 years old son until the moment I saw it was not a great quality of chocolate or even something the chef would have done.

After paying CHF 266, we decided to leave. There was nobody at the vestiaire. After a while I decided to take our jackets myself. The person responsible for it was actually serving customers outside in the terrasse.

In conclusion, we can sense there is an economical rationale behind a lot of choices. Most of the employees could barely speak French and did not have any experience. I still highlight the good skills and professionalism of the young chef. Unfortunately he was alone trying to do his best. After this experience I would definitely not recommend this place. Let’s not forget it is supposed to be a 5 stars hotel, so we expect premium. There are dozens of other places in the region where you can have better quality and service for a better price. It is a shame as the location is unique and they do have a couple of great people working there.

Info sourced by visiting Le Mirador and experiencing the Sunday Brunch. All content is copyrighted with no reproduction rights available. Images are for illustration purposes only.