Switzerland has an amazing network of cultural places and museums. It is probably one of the most rich countries in terms of art diversity. You can see exhibitions in Switzerland that probably you might not be able to see them elsewhere. Why is that? Probably the perfect blend between financial means (making things happening), culture expertise (to know what to do) and a strong aim to maintain a strong cultural activity. Here is our Swiss Blog post of the month about the most expected art exhibitions in Switzerland for this new season.

Fifty years on from the death of Alberto Giacometti (1901–1966), the major temporary exhibition ‘Alberto Giacometti – Beyond Bronze. Masterworks in Plaster and Other Materials’ illuminates the fundamental aspects of this world-famous Swiss artist’s oeuvre and technique. It is a different Giacometti that you will meet. With the support of Credit Suisse, a strong cultural partner of the Zürich Museum, you will be able to discover 75 original plasters, gathered by the museum in 2006. It was a gift by Bruno and Odette Giacometti to the Alberto Giacometti Foundation. It might sound insignificant, but plaster was actually a very important material for Giacometti. Some people could see it as a intermediary stage before the precious material. Actually, Giacometti had a completely different vision. For him, it was the important moment in his creation process in which he could paint or rework his objects in a wide variety of ways. The exhibition complements the holdings of the Kunsthaus with important loans from other collections, notably the non-public Fondation Alberto et Annette Giacometti in Paris, which are being shown for the first time on this scale in Switzerland.
More information here: http://www.kunsthaus.ch 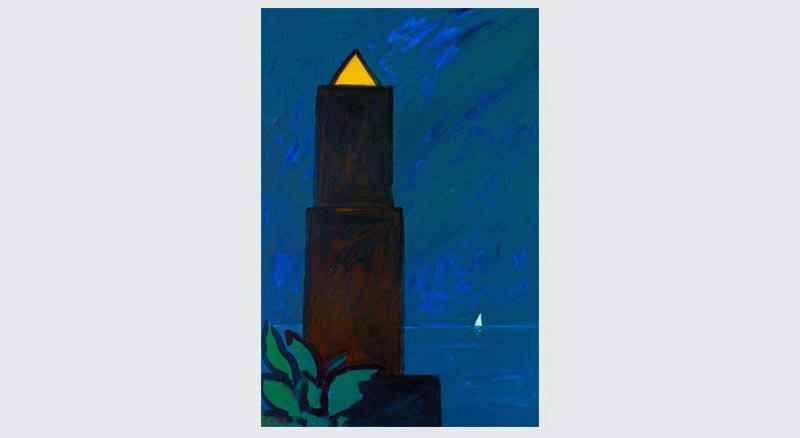 Ted Scapa, by birth Edouard Schaap, was born in 1931 in Amsterdam. After completing his art studies at the Royal Academy of Art, The Hague, he married Meret Meyer in 1962, the daughter of the publisher Hans Meyer-Benteli, and moved to Switzerland. Here he was director of the Benteli publishing house and became famous for his children’s program Das Spielhaus (The playhouse) on Swiss television. His cartoon and children’s books as well, as the caricatures he executed for domestic and international newspapers, such as the Nebelspalter or Weltwoche, brought his comic visual language widespread popularity and bore his unmistakable signature. In this exhibition you will see a lot of his signature work. The main focus is on the paintings, sculptures, and design objects produced by the artist from 1992 onwards. Closely interlinked with his other occupations, he created a fine-art oeuvre that is characterized by wit and spontaneity, by vitality and playfulness.
More information here: http://www.kunstmuseumbern.ch 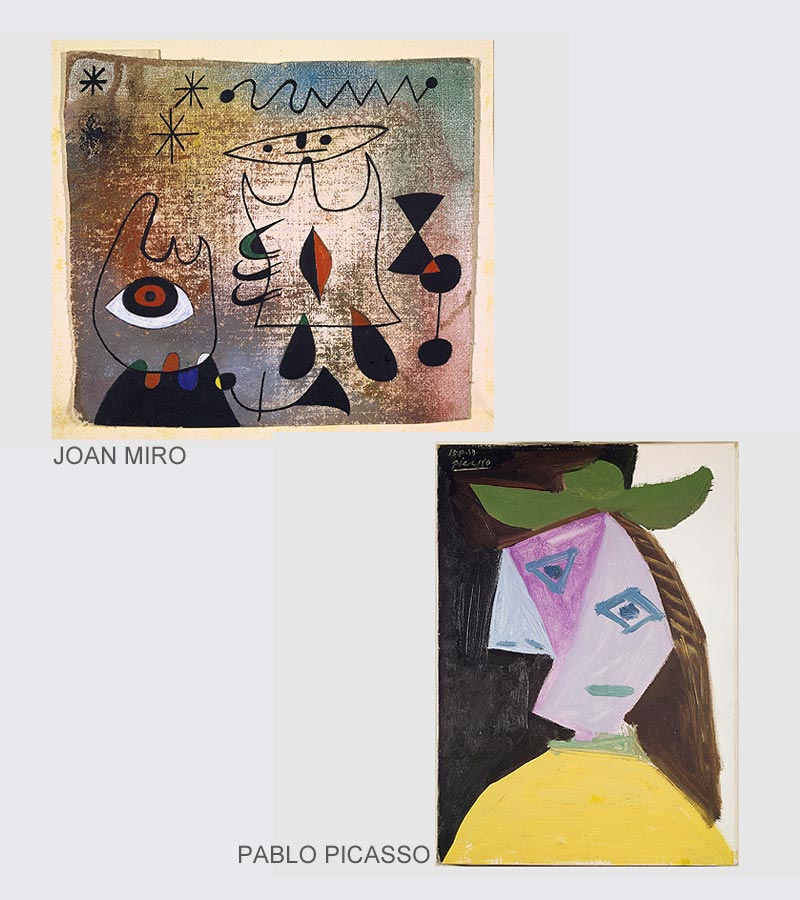 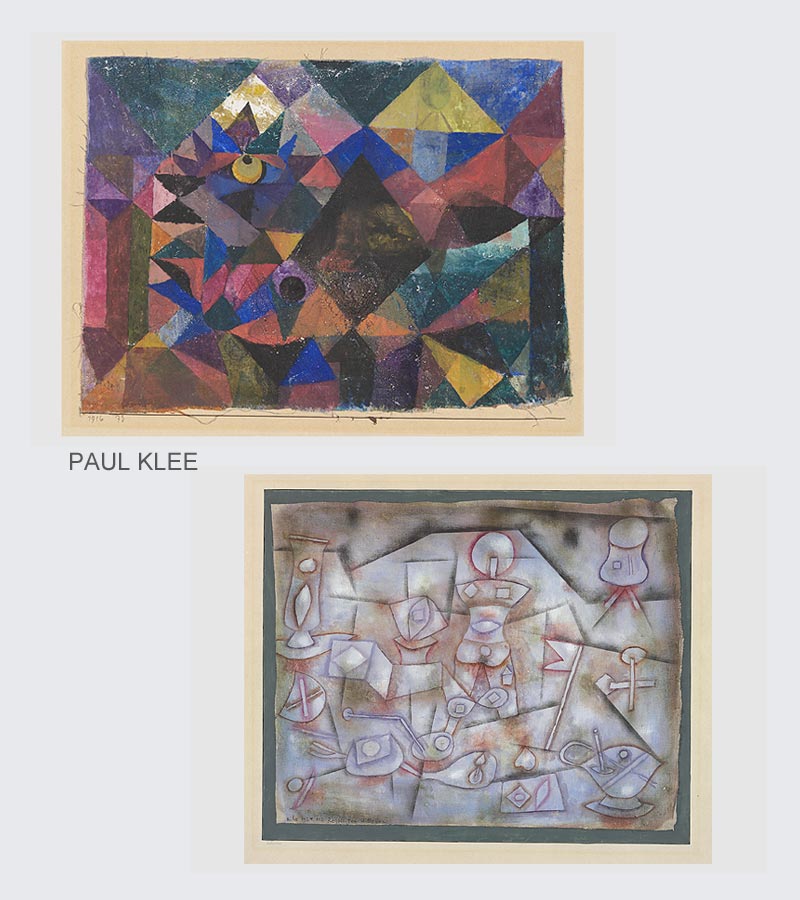 This is the first comprehensive exploration of Paul Klee’s relationship with Surrealist artists in Paris in the 1920s and 1930s. Created in close co-operation with the Centre Pompidou in Paris, it assembles a large number of works by Surrealists including Max Ernst, Joan Miró, Hans Arp, Alberto Giacometti, André Masson and Salvador Dalí. Paul Klee has an endless universe of imagination and every artwork is a hole universe.
More information: http://www.zpk.org

In 2017, for an exceptional duration of seven months, the Fondation de l’Hermitage will be privileged to show the Impressionist and post-Impressionist treasures of one of the world’s most prestigious private collections. The Bührle collection features masterpieces by key artists of the 19th and 20th centuries, including Monet’s Poppies near Vétheuil (c. 1879), Cézanne’s Boy in a Red Waistcoat (c. 1888) and Van Gogh’s Sower with Setting Sun (1888).
More information: http://www.fondation-hermitage.ch

The exhibition Vertical no limits. Mountains’ photography, the first of its kind, is inspired by the claim that photography invented the mountain landscape by revealing it to the eyes of the world. Inheriting a certain idea of mountains and the sublime, it was inextricably entwined with pictorial Romanticism. Until the 19th century, mountains were considered “the land of God”, a cursed and dreamlike place. The pioneers of mountain photography revealed summits that had not yet been conquered. With almost 300 prints on show, three quarters of which are from the Musée de l’Elysée’s collections, the exhibition gives pride of place to prints from every period, including many contemporary works.
More information: http://www.elysee.ch 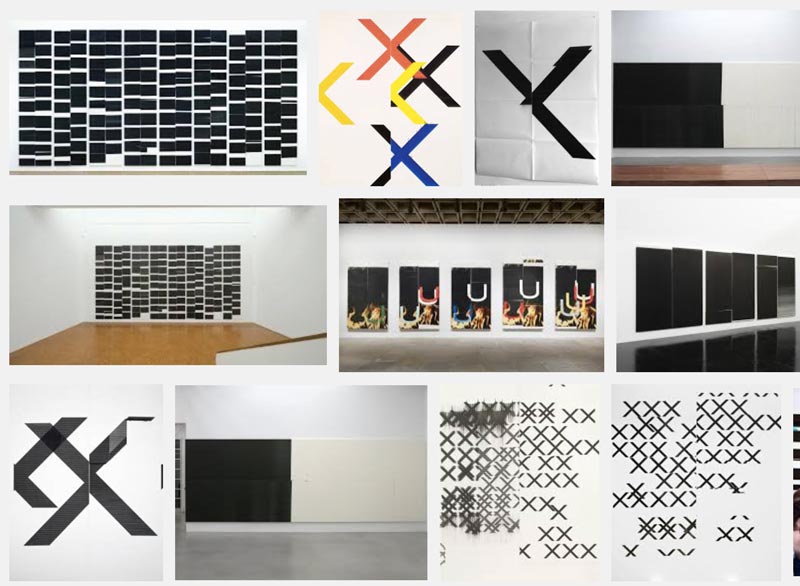 Wade Guyton (born 1972) is a post-conceptual American artist who among other things makes digital paintings on canvas using scanners and digital inkjet technology. As of 2013, Guyton’s works regularly sell for more than $1 million at auction and privately. An untitled Epson UltraChrome inkjet on linen of 2005 established an auction record for the artist when it sold for $2.4 million at Christie’s New York in 2013. In 2014, his flame painting Untitled (Fire, Red/Black U) (2005) sold to an unidentified telephone bidder for $3.525 million at Christie’s, New York. Days before the auction the artist disgusted by the enormous price expected went on the offensive printing multiple copies of the painting and posted them on Instagram a few days before the auction. The painting was rumored to be guaranteed at $4 million
More information: http://www.mamco.ch

2016 and 2017 seems to be an amazing year again for culture and arts in Switzerland. There are amazing incoming art exhibitions gathering outstanding talents. From Giacometti, to Cézanne or Paul Klee, all will blow you mind with their talent and art. If you live in Switzerland or is traveling to Switzerland, please check this app called Cultural Network that collects all art exhibitions happening in Switzerland currently.

Most Valuable Artworks in the World

Was The 19th Century A True Shift In The History Of Arts & Science?