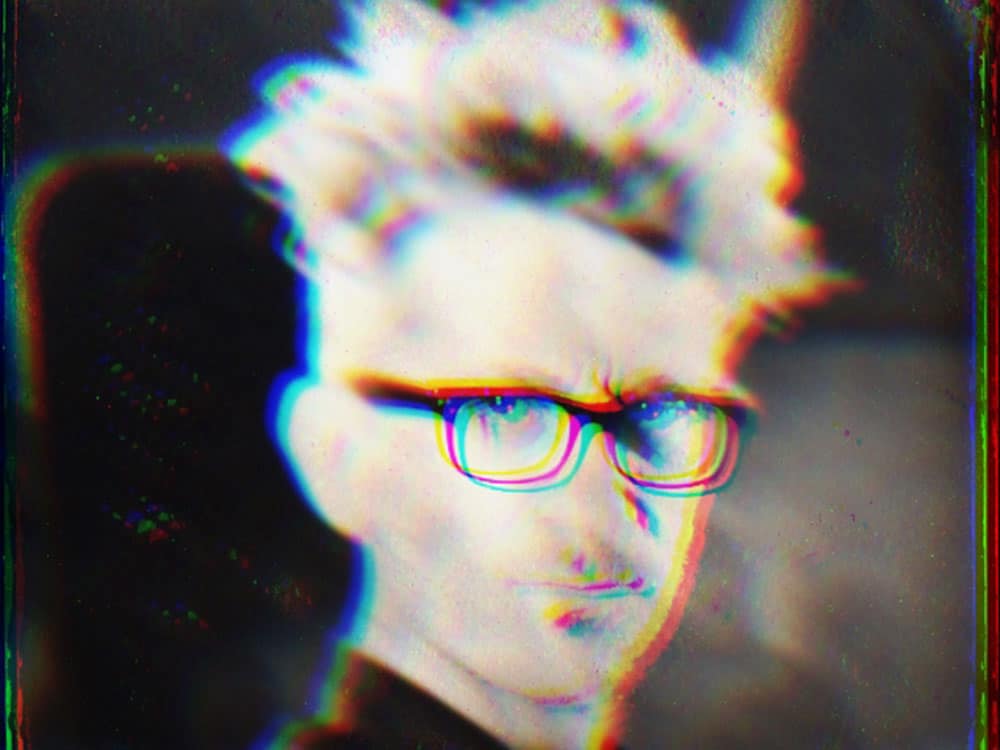 L. Erwan Kern is a comet. He is always in motion, he writes his own trajectory and when he appears in our sky, it is with a thousand lights that he ignites our imagination. Multi-disciplinary artist, songwriter, singer… he is a true artist. He navigates between several universes. He has many lives and this time he brings us a friend. With the creation of the Bonbon Noir project, we are going to meet Anita Black. She is a true hero, despite herself, and her adventure begins in a psychedelic universe. You can read our analysis of the project here. For LuxuryActivist.com, L. Erwan Kern took part in the exclusive interview game. And everything becomes clearer.

LuxuryActivist (LA): Dear L. Erwan Kern, who are you? How was the project born?
L. Erwan Kern (LEK): L. Erwan Kern, I am a Breton and Belgian commuter… and the creator of Bonbon Noir. Bonbon Noir was born at the end of our last tour with our indie group Flying Pooh. I decided to write a short story that we would do the soundtrack. We started to compose. After two years of writing, an editor read the text and recommended that I go further. Anita Black deserved a novel. So we have simultaneously developed the musical universe, the story, and all illustrations. Sleepless nights of research to create the book’s universe, to be sure not to make mistakes, of anachronism… and other nights to mix… Four years later, a first LP, 11-inch vinyl, a rare, precious format was launched. An illustrated book. All crafted with beautiful papers, beautiful manufacture to respect those who will enter the world of Bonbon Noir and Anita Black. But we want to go further. A second LP arrives at the end of 2020. And we want to launch an audiobook, and above all to make a film … Crowdfunding will help us achieve this goal, it’s a real springboard for us. It allowed us to open our cabinet of curiosities: vinyl collector, serigraphs, novel… We are at 130% of the goal, we aim for 200%, we want to make the audiobook and the film.

LA: Bonbon Noir seems to be a project that is both unique and multiple. How would you define this project?
LEK: I see Bonbon Noir as a mansion, a door opens to the curious, the bored, the creative, or the optimistic. I see no limit to creation around this universe. I hate “labels”. We are free of everything … We could create jewelry, perfumes, a vinyl, a novel, spirits … As long as it corresponds to the story, as long as there is the beauty of the gesture and a grand finale, we do not ban anything! Everything created with Bonbon Noir must be “crafted”. We looked for the best Printer for the printing of covers and illustrations, the best vinyl engraver to be certain of the rendering, … Each object must be unique, whether sound or physical, beautiful papers, beautiful textures. A cabinet of curiosities, where one will want to return.

LA: It seems that everything started after meeting with Anita Black. Is it right? How was it born? What were your inspirations?
LEK: Bonbon Noir was to be the story of a young girl who was going through the turn of the last century. Just a few pages, a piece of adventure designed to get away for a few moments. Then the heroine ANITA arrived and started to grow. And she took me away. Her anxieties, her encounters, her chaotic destiny but above all her fury for living and her thirst for learning helped me to continue writing about her life. I didn’t spoil her, but the friendship, the love, the dramas, and the horrors that fill her BLACK BONBON notebook reflect a life passionately devoured. Some people who read the text saw a feminist fresco there. I rather see Anita’s life as a humanist destiny. A fight for freedom, whatever the cost. I hope you will take the hand she holds out to you. After all, she’s the one who tells the story.
My wife and daughter are great inspirations. My mother also, sorts of. Being a woman is a struggle even today. I have read portraits, testimonies. Those who fought to be free, those who shone in the shadows, who were behind the “great” men, those who tried to survive … I have always been fascinated by these characters who transcended, and who carried impossible battles. Too often these roles have been assigned to men.

LA: If Anita Black met a young girl looking for meaning in her life today, what advice would she give her?
LEK: To begin with, she would tell her to make it her goal to go to bed every day less stupid than the day before. It involves listening, observing, culture, and taking charge of your life, not following the crowd, making your own choices, letting your imagination wander, not living the dreams of others. It’s her shapely head that will ultimately save her life. And her will, her rage to live, then the desire for total freedom, no matter the price to pay. Neither God nor master. Never let go.

LA: The project became an album, a podcast, and a film. What makes the universe of Bonbon Noir so unique?
LEK: I don’t know if it’s unique. However, there is only one ANITA BLACK. Audiobooks or other concept books don’t usually go that far. There you have several autonomous elements that form a very rich universe. The novel – whether you like it or not – is a true novel and the soundtrack is a stand-alone album. These are two separate works under the same hat. Everything has been thought of to live alone, and yet those who will read the novel and then listen to the music will really travel. We will unleash the imaginary. We didn’t want to put together two small creations to make an average of them, but two crazy things to make a grandiloquent project… epic…

LA: What was the most difficult aspect to manage in the birth of such a project?
LEK: The hardest part is finding the time to do everything and not giving up despite the difficulties. I work on Bonbon Noir as soon as I have a few moments of freedom. These are precious moments that I steal on a daily basis. I know the privilege of it so I try to use it as best I can. The hardest part is keeping the energy of the project. For music, it’s easier to bounce back since there are four of us in the group. For writing, you are alone. I had the chance to meet Nathalie Thery, an editor who took me by the hand and who allowed me to go further and start the fire again. But clearly, the hardest part is finding time, the new luxury …

LA: The music album has been released on all official platforms. Why did this universe between Morricone and David Lynch become obvious?
LEK: Rec, the artistic director of the original soundtrack for Bonbon Noir is a multi-instrumentalist and sound engineer. He is passionate about peplums, great cinematographic themes. Performing epic melodies to accompany Anita’s life was natural for us. Pink Floyd, Gainsbourg, Tarantino, Lynch… are the references that came up a lot during the first listenings of journalists and bloggers. We are delighted and proud. This album makes you travel if you listen to it with your eyes closed. It was really the goal.

LA: With the crowd-sourcing initiative and the distribution of the album on digital platforms, how is the internet key to this project?
LEK: The Internet has allowed us from the start to create a link with our fans … and Bonbon Noir allows with its visuals, music, and texts to have a universe perfectly suited to social networks. I have been working with illustrators on the Bonbon Noir project for four years. I have dozens of illustrations, roughs, graphic ideas. I kept everything, listed everything. The first sketches, the first rehearsals, the first video montages. I have hard drives filled with research for the Bonbon Noir project. It’s my treasure. The Internet is the perfect place to present it, and I would love to show my bible to Netflix, Apple TV, or Canal plus when they knock on my door!

LA: How do you see the project evolving?
LEK: The first volume of the novel goes into print now. Music is everywhere, vinyl is on sale on our site. The illustrations are shown on our social networks. The first stone is therefore laid. I will do everything to transform the novel into an audiobook. I’m looking for an actress who can play Anita Black. A broken voice, à la Romane Bohringer, or Anna Mouglalis, would be perfect. And just after that, I want to make a film. Bonbon Noir must become a film. It is written for …

LA: What can we wish you for the future?
LEK: To gather even more energy around the Bonbon Noir project, to start the production of the film … The door is open, all the curious, the!, The directors, the producers, the actors, the crazed, all the creatives … Anita Black’s mansion is open! Welcome to Bonbon Noir!

Bonbon Noir is launched and nothing can stop it. When passion and talent find their way and the universe proposed is so attractive, we can only ask for one thing: more!

Bonbon Noir: The Psychedelic and Rock Soundtrack From The Eponymous Illustrated Novel.

Verbier Festival 2019: A Story Of Audacity, Transmission And Exchange

Verbier Festival – Celebrating 25 Years At The Top With An Anniversary Art Book.

Philippe Cramer, From New York To Geneva, Design is An Art.