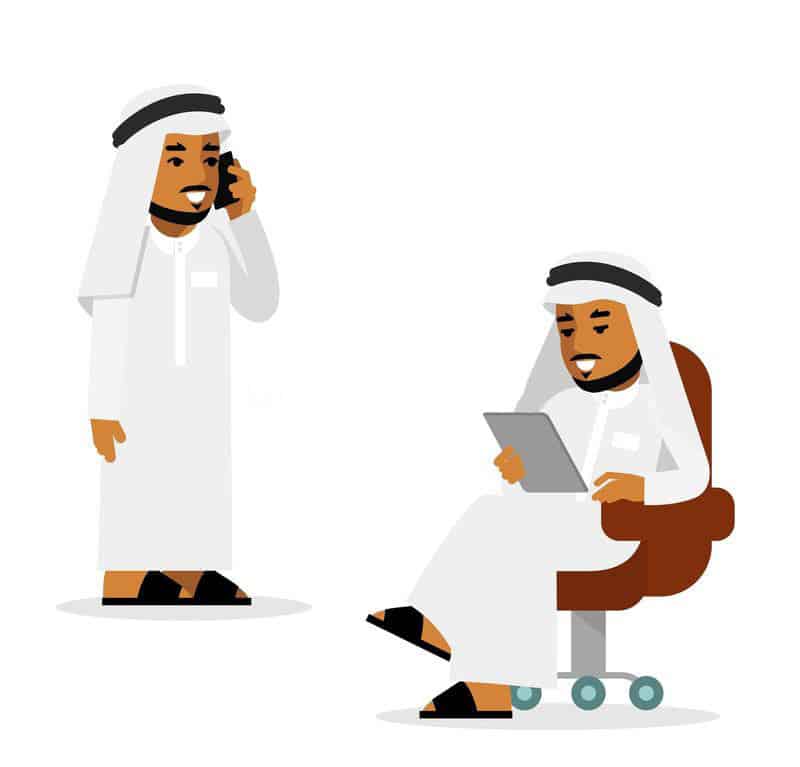 The United Arab Emirates (UAE), sometimes simply called the Emirates is a federal absolute monarchy sovereign state in Western Asia at the southeast end of the Arabian Peninsula on the Persian Gulf, bordering Oman to the east and Saudi Arabia to the south, as well as sharing maritime borders with Qatar to the west and Iran to the north. With a 9.45 million inhabitants and a GDP of USD 730 billion dollars, UAE represents a tremendous market for luxury companies. When you know that 30% of the actual population is under 24 years old, we imagine the potential for brands to recruit new consumers in the region. Another interesting fact is that 80% of the total population are expats, representing more than 200 different nationalities. The largest expatriates groups are Indians and Pakistanis representing 37% of the total foreigner population. The UAE is also a land of technology. In the past years, mobile technologies and social networks overtook the region and became a true communication power to connect brands and people. Here are some key numbers for the region.

The UAE are truly world champions in terms of technology. From a mobile users perspective, there is a penetration rate of 80% in 2018. For the past 5 years there is a constant growth of 6% year on year and projections confirm the trend. 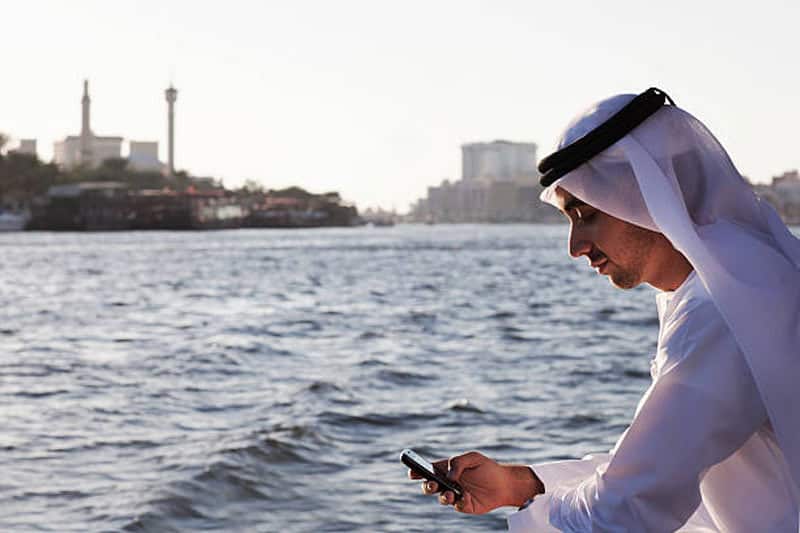 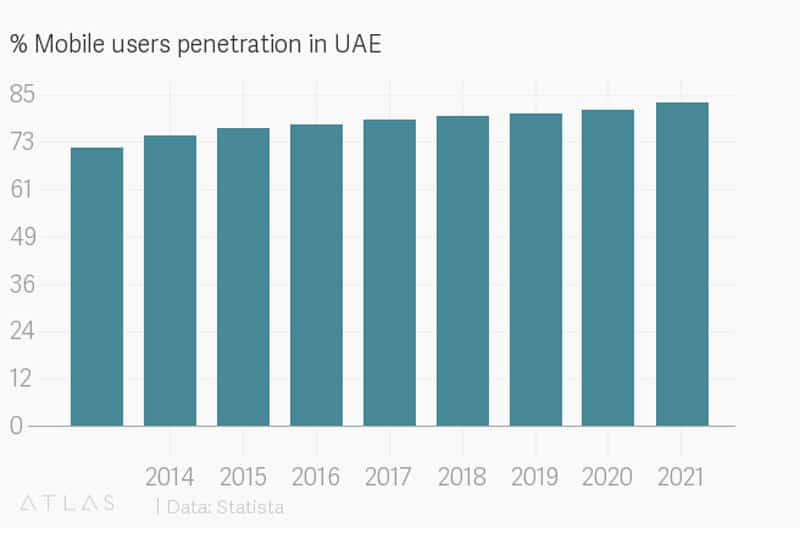 The UAE was the region’s top-performing market in Q4 2017, with mobile phone shipments to the country increasing 12.3% quarter-on-quarter. Bahrain and Kuwait also saw quarter-on-quarter growth, with shipments up 7.1% and 2.7%, respectively. However, Qatar, Oman, and Saudi Arabia all experienced QoQ declines, with mobile phone shipments down 5.2%, 2.0%, and 0.8%, respectively, in Q4 2017.

Another important piece of information is the social media figures. The United Arab Emirates are a very strong social user. The population uses social media in a regular base. Here below the most used platforms from a number of users perspective (millions of users). 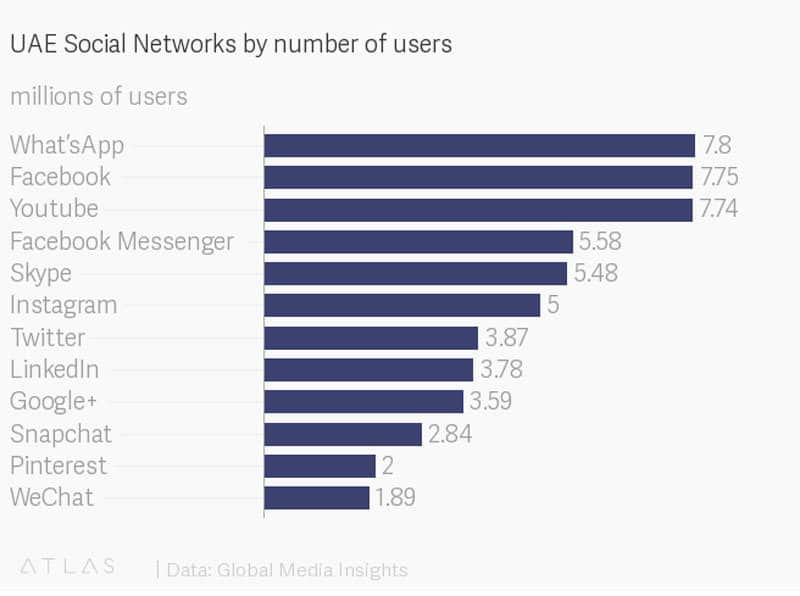 Mark Zuckerberg empire dominates the social media landscape. In the 10 biggest social platforms, 4 are Facebook companies: Facebook, What’sApp, Messenger and Instagram. Facebook only represent 7.8 million users in a total population of 9.45 million. This means a penetration rate of 85.5%. While LinkedIn and Snapchat represent the biggest growth in the region, Instagram and Messenger took over a big share of population. Each social media user spends in average 3 hours per day in social networks (02H58m). 99% of these users are actively posting, commenting and sharing content in different social platforms every day. Messenger apps are very popular worldwide and in this domain, Facebook dominates with What’sApp and Messenger. Messenger apps can also be used for phone calls and video calls, which allows better connection experiences at a cheap price.

Almost 57% of online shoppers in the United Arab Emirates have made a purchase via their mobile in the past 12 month. It is the second biggest market in the world for mobile shopping (behind China). Online shoppers in the UAE also showed a preference to purchase via an app over a browser. Almost 59 per cent of those polled said that they shopped via a smartphone app in the last 12 months over 52 per cent who used a browser.

When we look to the numbers, mobile commerce will increase by 42% year on year. Current online sales will reach this year USD 10 billion (Source: Statista), which means the potential is huge.

With such a powerful national market, the United Arab Emirates represent an amazing opportunity for brands to connect with customers via social media, mobile and digital in general. Consumer profile in the region too is fast changing due to the rise of Internet-savvy young population that makes it imperative or luxury brands to make different marketing strategies to connect with them digitally. This means while digital and online channel might work for one brand, it will not work for other. This calls for an effective and personalised social media and digital communication strategy for brands to stand out (https://gulfmarketingreview.com)