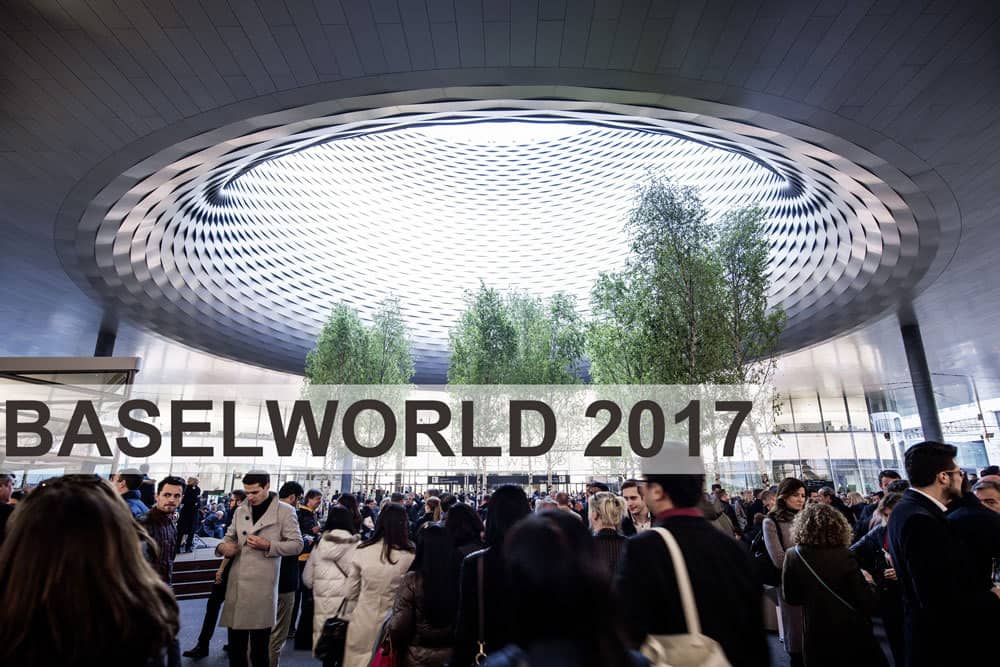 2016 was a tought year for the Swiss watchmaking. With a negative growth, things became quite complicated for some established brands. SIHH 2017 is over and we can see that things went pretty conservative. Probably the bad mood from the end of the year was still present. With Baselworld, brands already started by activating themselves and everybody hope that the business will re-start growing again. What should we expect from Baselworld 2017? Here somme interesting facts.

Last year was not the greatest year of all for the Swiss Watchmaking industry. Thanks to a good holiday season, Swiss watchmakers ended up the year at -9.7%. It could have been much worse. The segment of > CHF 8’000 were responsible for the biggest part of these negative results with -11.6%. Watches between CHF 500 to CHF 3’000 only decreased by 3.9%. The total exports for 2016 is at CHF 19.4 billion. Here are some interesting tables provided by the Swiss Watch Federation.

As we can see in the above graphics, 2016 ended up a little better than expected. With an exportation level of CHF 19.4 Billion, this represents a drop of almost 10% in comparison with the CHF 21.5 billion in 2015. Obviously we need to put things in perspective. Compared to 6 years ago, 2016 represented an increase of 20%. According to some numbers, Swiss watch makers sold more than 500 million watches in the past 15 years. Brands who have been managing their assets wisely get a better game now. You can see the table below with the evolution in details since 2010. 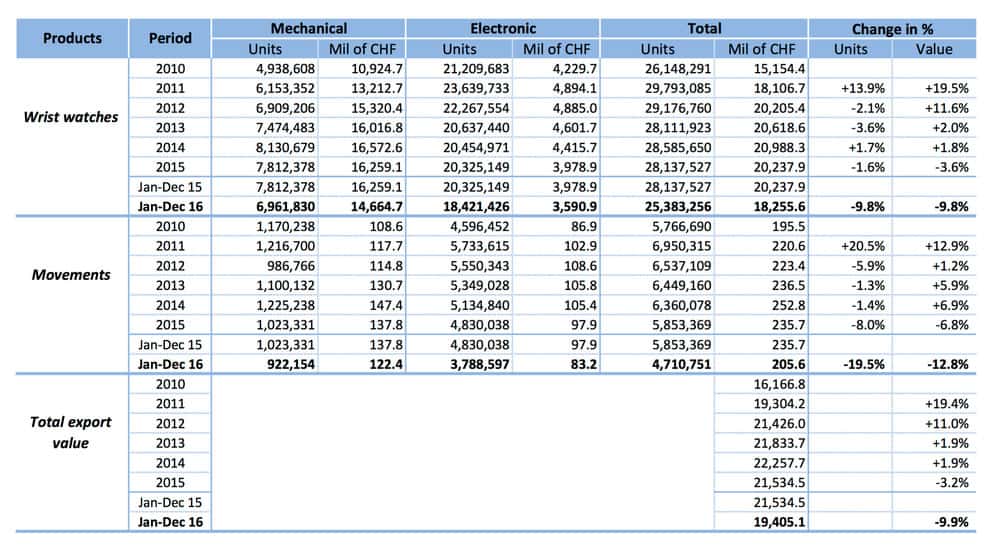 What can we say more about the figures? In terms of results by price positioning, The end of the year was saved by a strong performance of brands positioning their watches between CHF 200 and CHF 500. What really hurt the industry was the -8% drop in the above CHF 3’000 category. 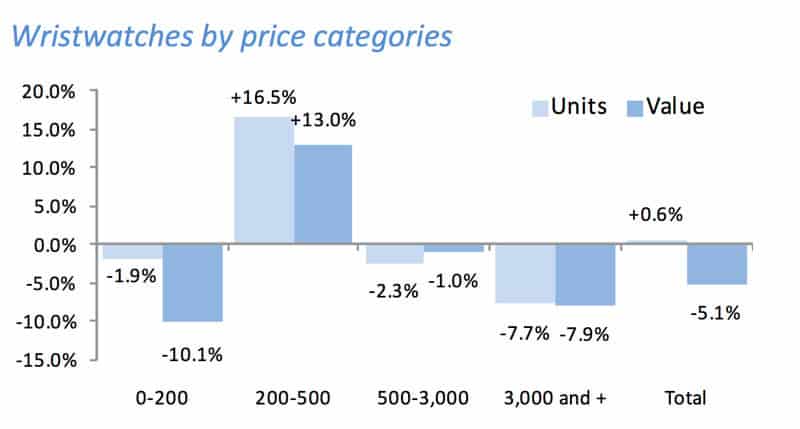 When we look in the sales evolution by market, we can see that China and HongKong were responsible for a great majority of this bad performance. When we look to the top 5 markets, Hong Kong dropped by -25%, USA and japan dropped by -3.2% and United Kingdom increased by 3.6%. Brands with great interests or a big sales % based in China/HK like the Richemont group got a really bad time during 2016. See the evolution since 2014 below.

It sounds like a starwars movie but we are talking about reality here. Baselworld 2017 represents a lot of hope for the Swiss watchmakers. After the very conservative mood of the beginning of the year, everybody hopes things will be better. Watchmakers are organizing themselves. Some are still in a restructuration mode but others are keeping innovation high while some will for sure focus on their core products. Here are a few examples of watch creations that some brands will reveal next month.

Jaquet Droz unveils an exceptional version of its iconic Grande Seconde designed with a tourbillon that embodies a past-perfect fusion of its supreme mastery in mechanics and adornments. A new marvel of feminine beauty and watchmaking virtuosity. 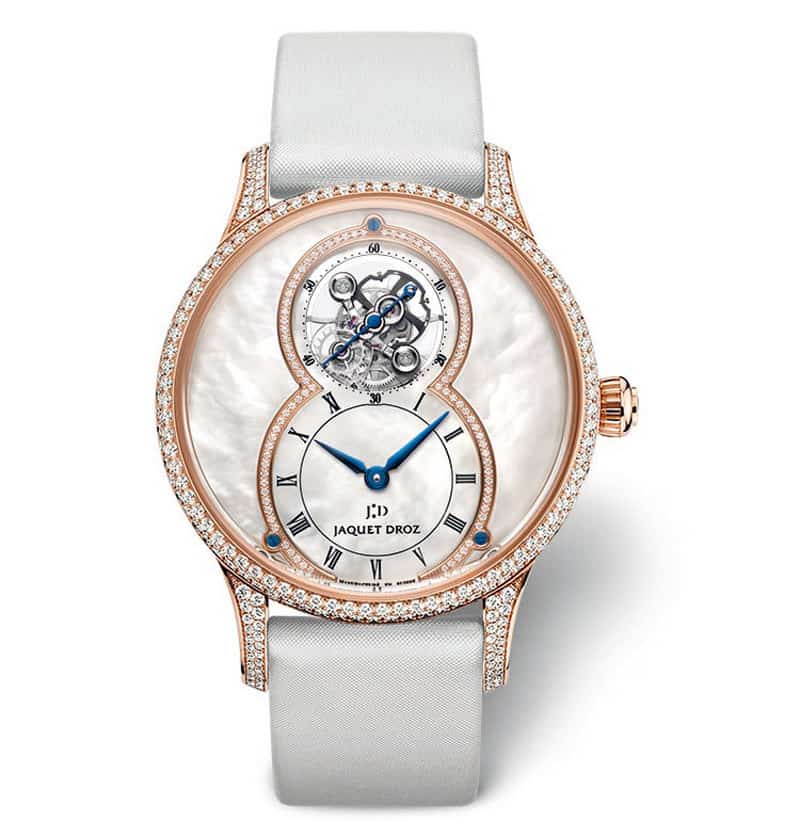 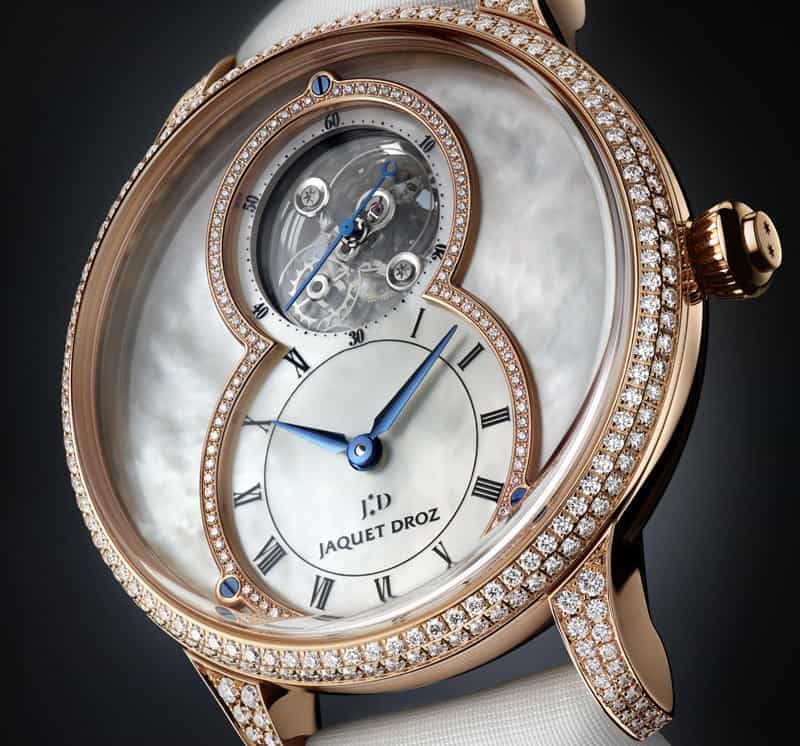 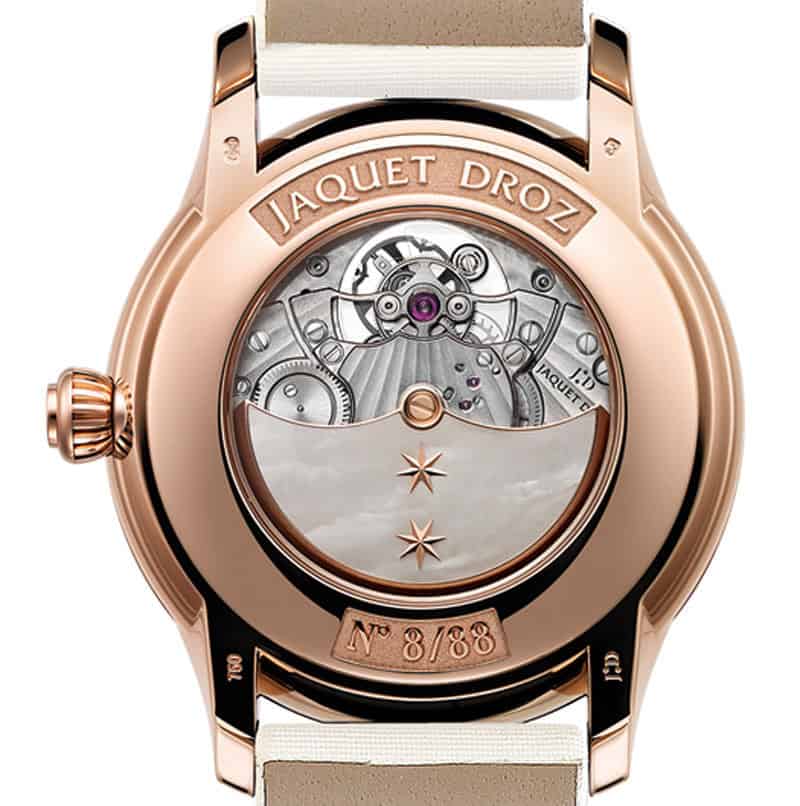 With this watch, Jaquet Droz display several strong know-how and legitimate work. Grande Seconde is the heart of the Jaquet Droz legend. A model harking back to the Enlightenment, this bold design was a permanent departure from watches that simply told time. Pierre Jaquet-Droz was the impetus behind time becoming a series of artistic moments of musings and journeys. The Grande Seconde carries the very essence of the 18th century when the brand known by its twin stars took flight. The shimmering effects play off the gleam of red gold on the 39 mm case set with brilliant-cut diamonds plus the highlight on the dial and the folding clasp. Roman numeral indexes for hours and minutes are a touch of classicism in their own right, accentuating the blued-steel hands. Laid on a white satin strap, there is also a bit of mystery about the Grande Seconde Tourbillon Mother-of-Pearl, like the gold oscillating weight adorned with white mother-of-pearl and the movement’s bridges with a fanned Côtes de Genève design.

The Tradition collection from Breguet belongs to the select circle of Haute Horlogerie icons. First introduced in 2005, it now welcomes a rose gold Tradition Dame. With this self-winding timepiece, Breguet has succeeded in feminising a model whose aesthetic essence lies in mechanical horology, a field that many tend to reserve for men. Clearly visible front and centre of the watch, the barrel is decorated with a rosette motif and overlapped at 12 o’clock, by a mother-of-pearl dial adorned with hand-crafted engine-turned “Clou de Paris” hobnailing. 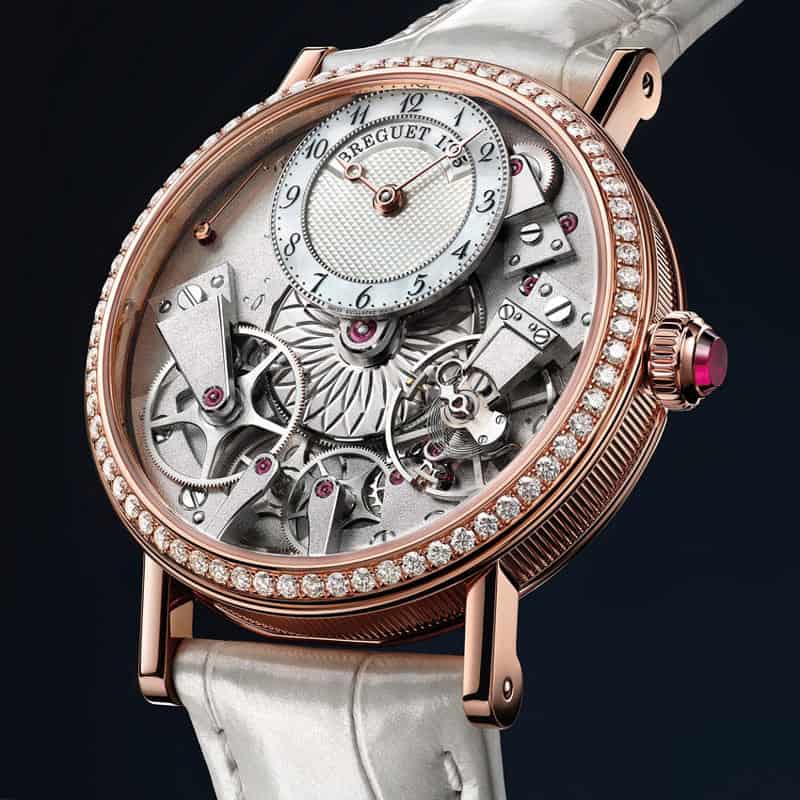 Completely aligned in the Speedmaster theme, Omega brings the racing design back with a much more thinner watch, mainly due to the interesting work done on the sapphire glass. The new Omega Speedmaster Automatic Racing Dial was built on a Speedmaster Caliber 9300. Two interesting features are the ceramic bezel, highly resistant and the rally bracelet. The details in the dial provides a racing look to the watch. 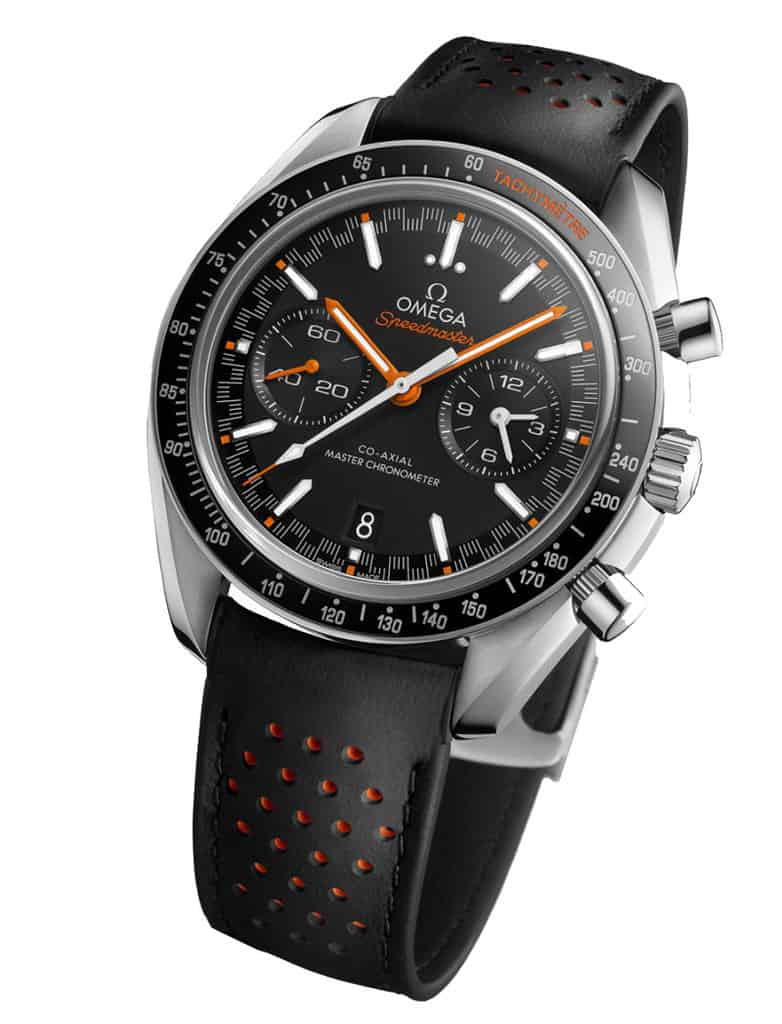 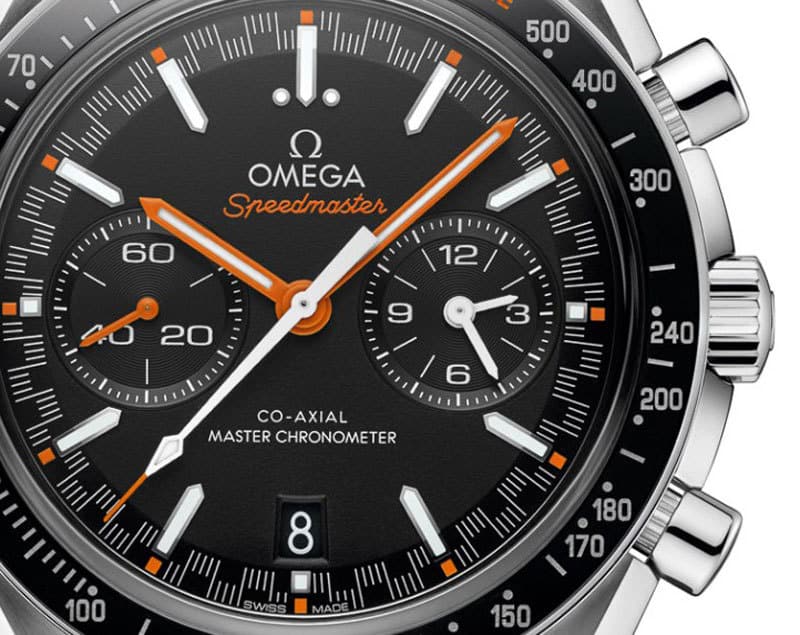 Swiss watchmakers are definitely showing their added-value by capitalizing on their know-how and the icons of their brands. It is a way to fight last year crisis and hoping for the best.
Baselworld 2017 will take place from March 23rd to March 30th 2017. The attention to the watch fair is growing each year. Last year they had 4’400 journalists from 100 different countries. The live opening ceremony was followed by 11’000 members of the press worldwide and during the fair almost 150’000 visitors came to Baselworld. You can see more about the fair by connecting to the official website and if you plan to visit the fair do not hesitate to download the official app. https://www.baselworld.com