The Swiss Army Knife is one of Switzerland’s most iconic and famous products. Most people are familiar with the classic red design and the unmistakable Victorinox cross and shield. The annual limited edition of the Classic pocket knife is a popular collector’s item and gift all around the world. The fresh and new designs should also increase the impulse buys and strengthen the Victorinox brand and its reputation of being creative, functional and appealing. It is already an annual appointment made with the very best graphic artists out there. Each year Victorinox challenges the most creative minds in order to create astonishing designs for the iconic Classic pocket knife. The Swiss company utilizes the crowdsourcing platform Jovoto and year after year we get our mind blown away with very interesting and creative ideas. Victorinox narrowed down the pool of ideas from 1,022 to 40 and then let Victorinox fans around the world choose their favorite. And they chose well. The top ten selections were produced, and each one offers a lifetime of enjoyment because functionality and creativity never go out of style. 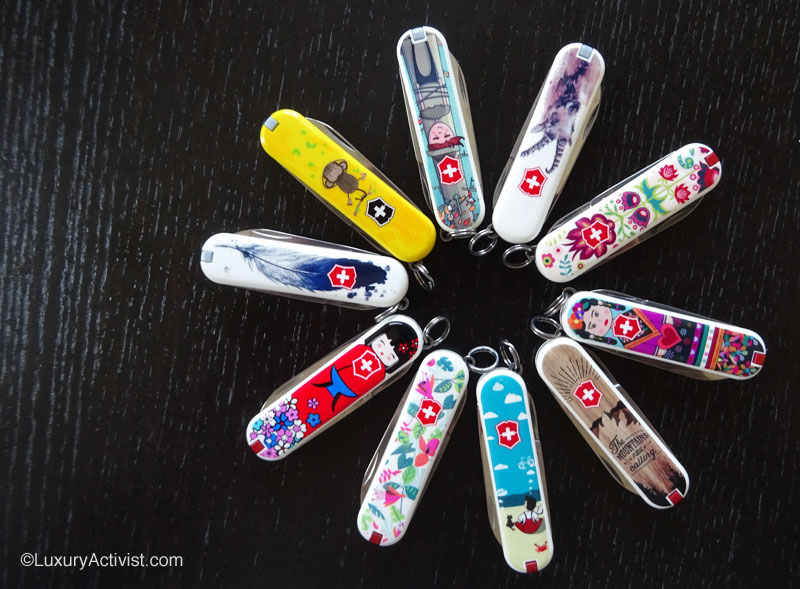 This year there was a number one winner that created an amazing design called Wild Life – “Goodbye Safari”. The artist is Maria Galvez and she did all by herself on Adobe Illustrator. This is the story of a safari guide who neglected his vehicle and some animals took the opportunity to flee of the scene. Maria Galvez loves nature and wild life and her design is inspired by them. The obvious connection between Victorinox and this design is the fact that Victorinox is the ultimate brand for a outdoor adventure. Of course, it might be, hopefully, a less adventurous journey! 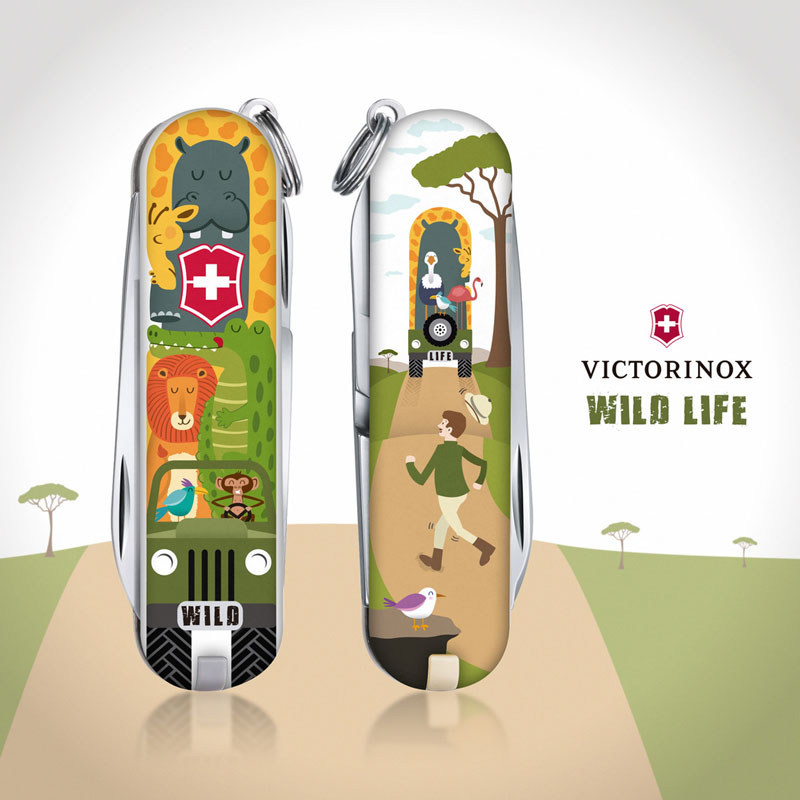 The Classic Limited Edition has fans all around the world in an extremely broad target group between 20 and 50 years old. The buying decision of the average customer is based on impulse, so your design plays a crucial role in this decision process. Since the Classic Limited Edition is sold worldwide, the cultural background of each potential consumer plays a big role. Here are some other shots from some of the winning designs.

Since 2010, Victorinox has been producing an annual limited edition of the small 58 mm Classic pocket knife. Back in 2012 the first design challenge was held on jovoto. This contest is now being held for the fifth consecutive time. The Classic Limited Edition 2015 is meanwhile available to purchase in stores worldwide and so Victorinox is now inviting you to submit your design proposal for the new Classic Limited Edition in 2016. 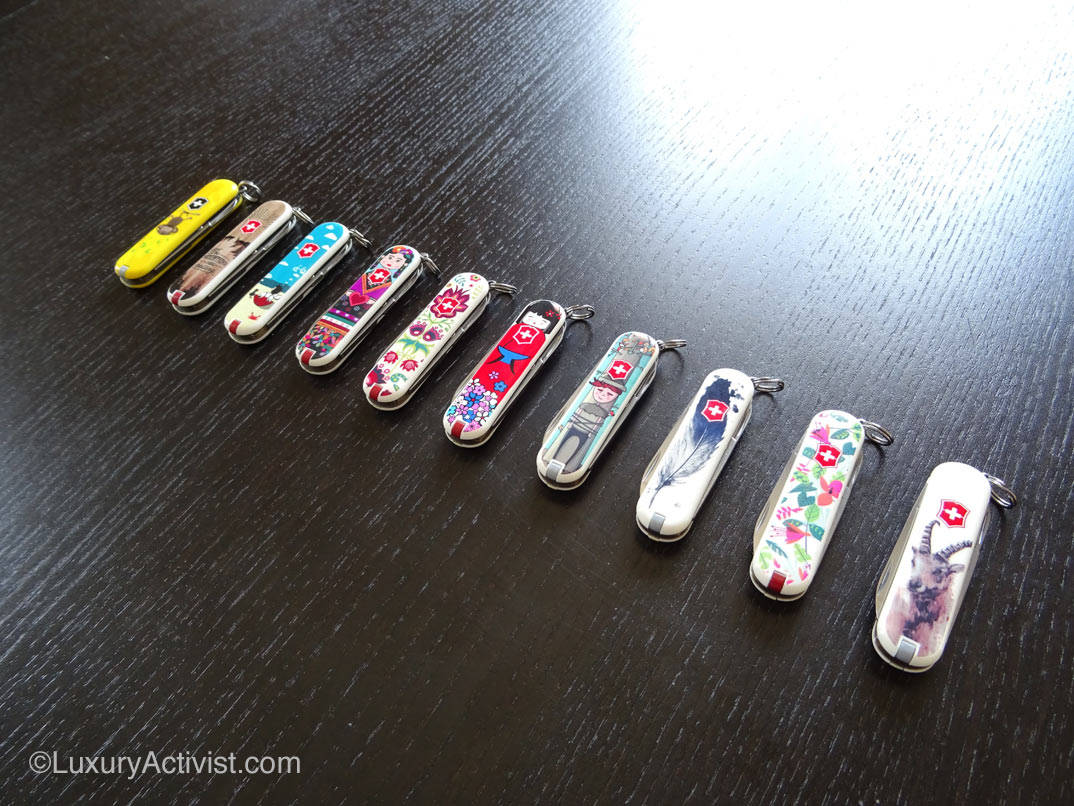 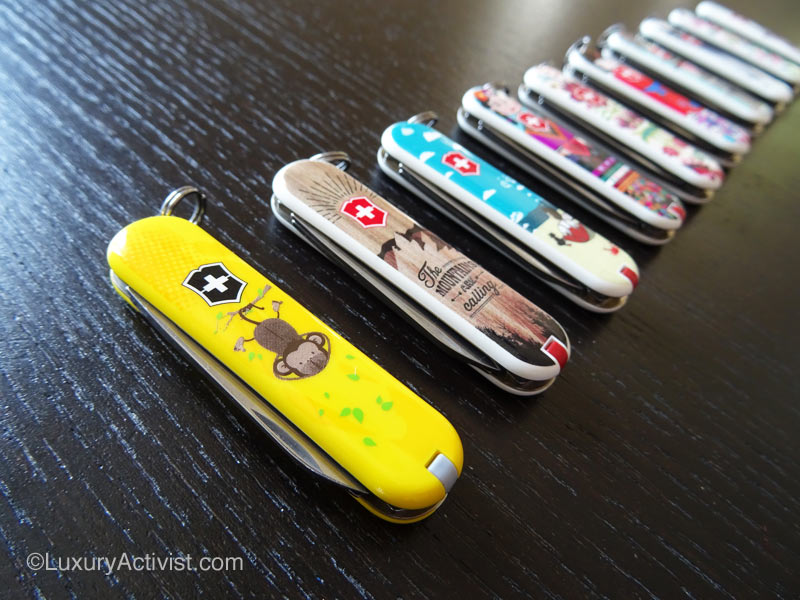 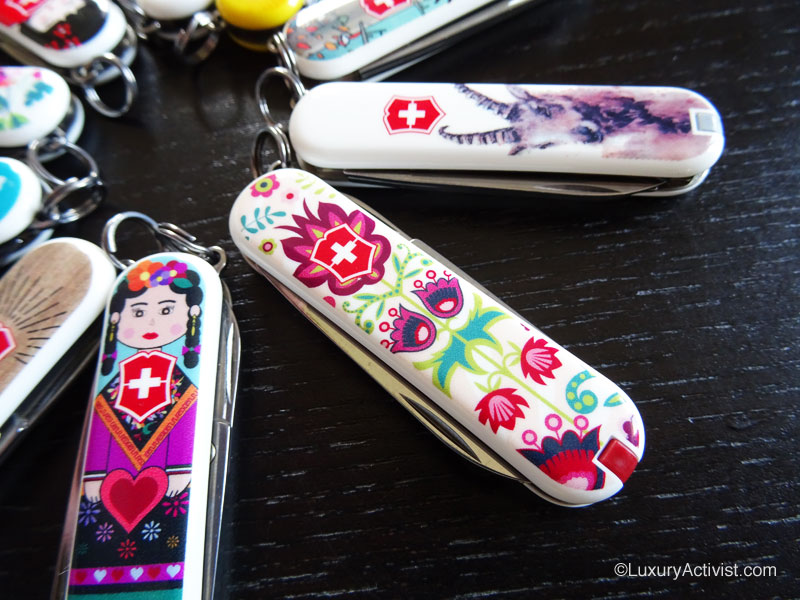 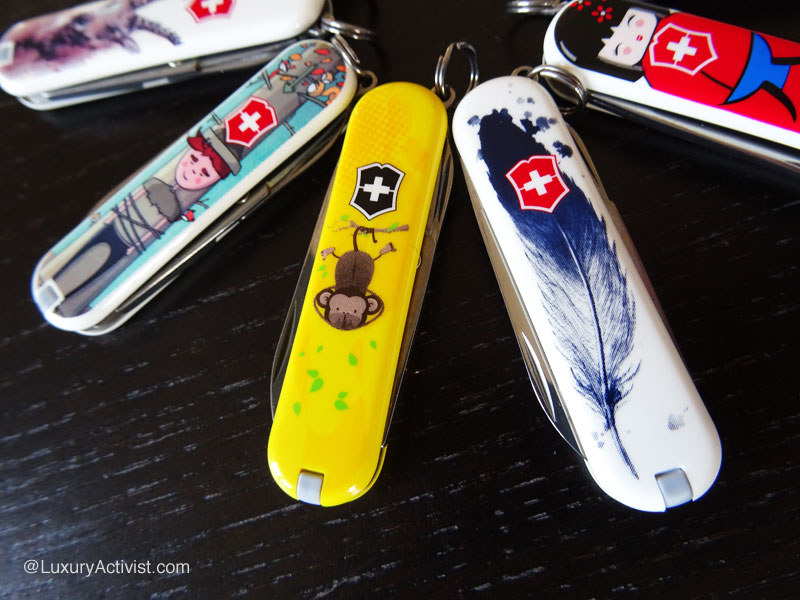 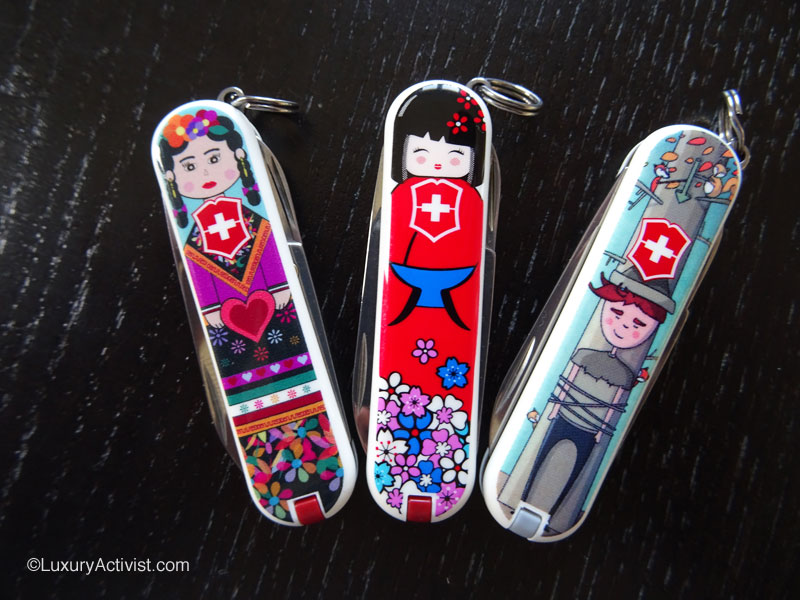 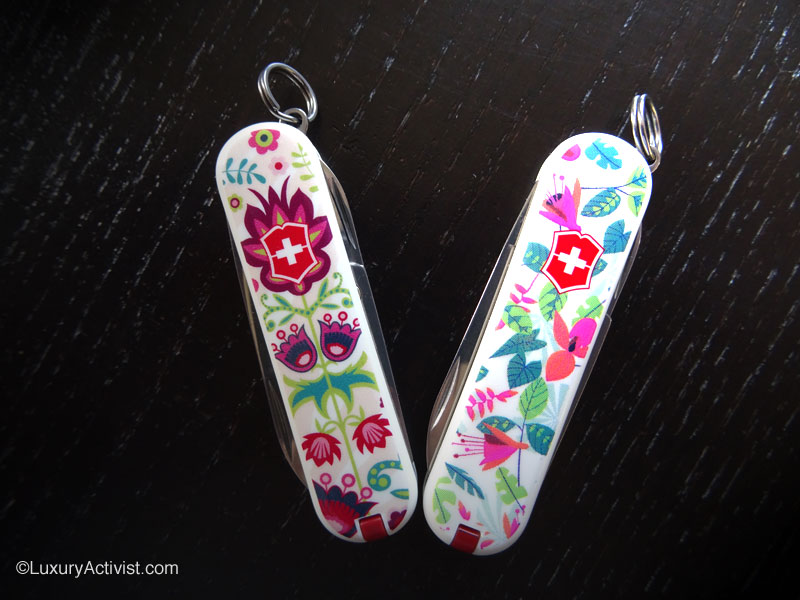 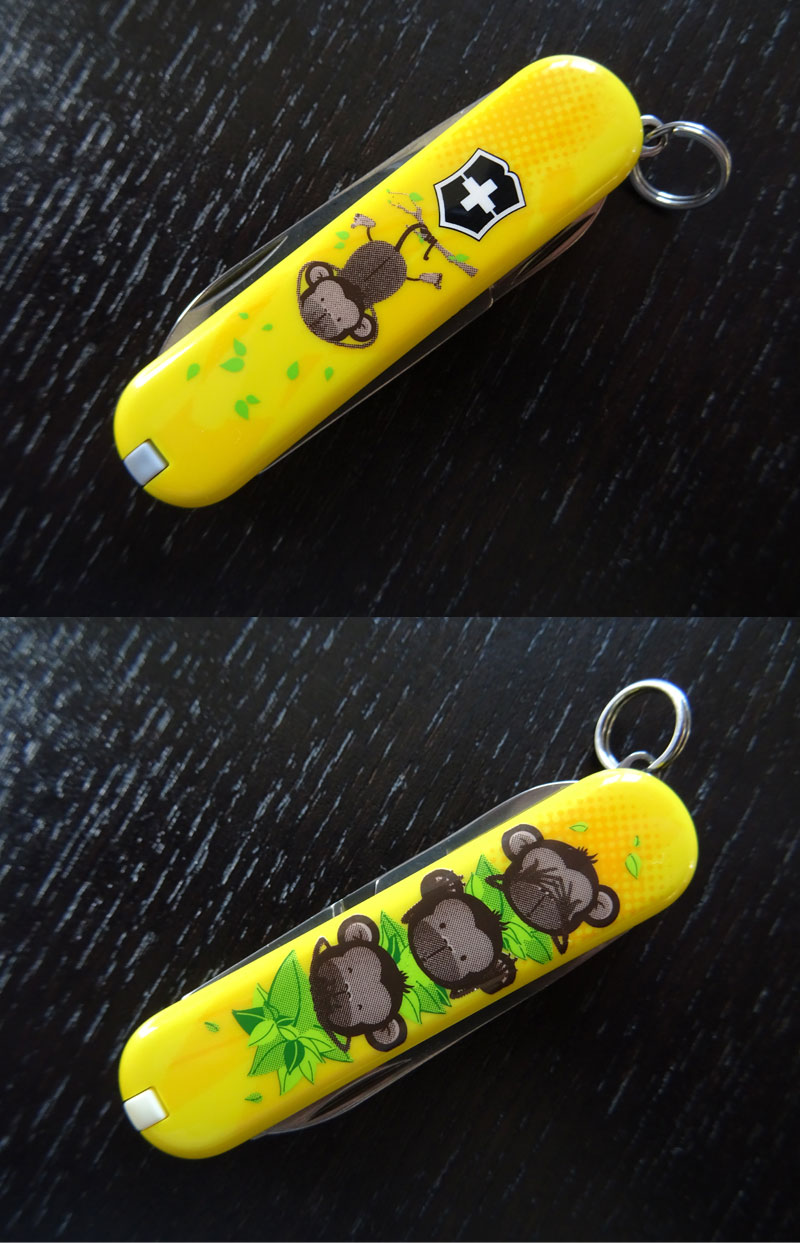 jovoto enables large brands and NGOs to brainstorm at scale and solve design and innovation challenges with more than 80 000 creative professionals globally. The scale of projects range from working with a few hundred curated talents under NDA to foster innovation by large scale creative conversations involving broad public audiences while turning the creative challenge itself into a media event. To date jovoto has worked with more than 100 000 creative talents and successfully organized more than 380 challenges. jovoto was founded in Berlin at the University of Arts in 2007.

In 1884, with the active support of his mother Victoria, Carl Elsener opened his first cutlery workshop in Ibach-Schwyz, Switzerland. In 1891 he delivered his first major order of soldier’s knives to the Swiss Army. Following the death of his mother in 1909, Carl Elsener chose her first name Victoria as the name of the company. When the stainless steel (also known as ‘inox’) was invented in 1921, he changed the company name to “Victorinox” by combining Victoria with inox. Victorinox is now run as an independent company by the fourth generation of the Elsener family in Ibach-Schwyz, Switzerland. The company has been synonymous with quality, functionality, innovation and iconic design, and has done for more than 130 years now. Today, it is a global company with six product categories: Swiss Army Knives, Household and Professional Knives, Watches, Travel Gear, Apparel and Fragrances.

You can read more about Victorinox and its amazing products by visiting the brand official website here:
https://www.victorinox.com

This is an amazing project that proves that customers can really be very savvy. The designs are wonderful and fresh. You want to collect them all! 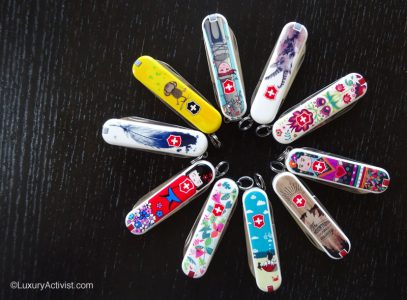 Info sourced at the brand official communication. All content is copyrighted with no reproduction rights available. Images are for illustration purposes only.