Our first blog post about Swiss specificities is dedicated to the Renversé! In Switzerland you do not say a Coffee with Milk, you say a Renversé… but be careful. It is not really the same thing! The name of Coffee varies a lot from one country to another and even sometimes from one region to another. However, if we compare the name given to coffee with milk in the adjacent regions of French-speaking Switzerland, we quickly see that the renversé (overthrown) finds no origin in our nearest neighbors.

Actually Verkehrt (herum) means reverse, upside-down in several languages. We do not really know why the term renversé was imported to Switzerland but we know more or less when. The first written proof of the usage of renversé in Switzerland seems to be around 1968. It is interesting to see that it comes probably of the German Kaffee verkehrt. Strangely there is no usage of this word in the German-speaking area of Switzerland. So we might wonder how come this terminology came to the French side. Compared to a coffee with milk or even a coffee with cream, the renversé is supposed to show a lighter color because of the quantity of milk: 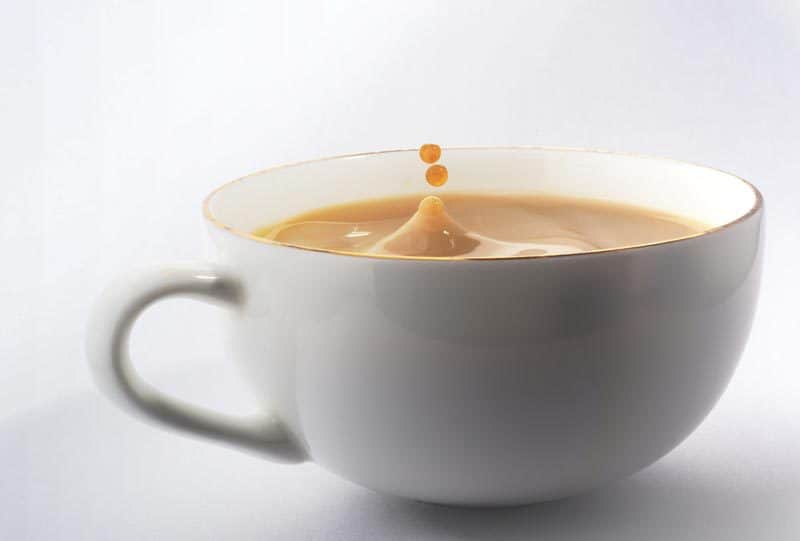 In English some people tend to associate the Swiss renversé to what we call “Flat white” even thought it is not necessary the same thing. Johan Nieuhof, the Dutch ambassador to China, is credited as the first person to drink coffee with milk when he experimented with it around 1660. It became very popular in the 40’s and in the 50′ thanks to the development of expresso machines with the milk functionality.

Switzerland has many specifics and a tremendous richness. Each canton has its own history and habits and over time we will cover a few of them here. Stay tuned.