The Luxury Fragrance industry has more than 3’000 different brands around the world, but only a few companies are more than brands, they are legends. Guerlain is for sure a true legendary icon of the Fragrance world. The Perfumery house has been shaping the history of fragrances since 1828. Almost 200 years later, the French luxury house is launching a new feminine fragrance, Mon Guerlain, and to celebrate this launch Guerlain has chosen one of the most amazing and beautiful faces of modern cinema: Angelina Jolie. 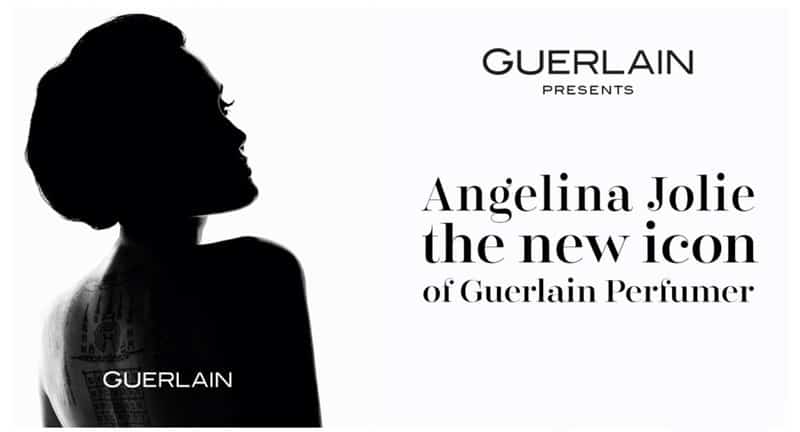 Despite the fact a new face for a fragrance is always big news, the surprising point into this new Guerlain’s story is that Angelina jolie accepted to play this role. She is known to not accept brand sponsorships as she dedicates her “free” time to philanthropy and to her family. Several brands from L’Oreal, Clarins and many others tried to conquer her heart and generally she politely refused or asked for such a high pay that made each project impossible to become a reality. So why Guerlain? Was it a big pay check? Not at all. Angelina Jolie and Guerlain is a relationship that takes foundation in her childhood.

“The Truth is I love being alive, and I love feeling free. So if I can’t have those things then I feel like a caged animal. And I’d rather not be in a cage. I’d rather be dead” – Angelina Jolie

Her mother, Marcheline Bertrand, used a Guerlain’s powder from which the iconic scented notes of violet and Rose stayed in Angelina Jolie’s memory across the years. Also the profound attachment to France, made possible this new relationship. Angelina Jolie is very attached to what makes sense, and she would never accept the Guerlain’s deal if this would not be meaningful to her. So from a beautiful story only a beautiful fragrance could be launched. Another point to be highlighted, all earnings from this contract will be given to charity by the American actress.

Angelina Jolie has definitely the kind of beauty that Guerlain will be inspired about. She is sexy, yet represents a full-blown woman. She is definitely very recognizable and became year after year an iconic worldwide beauty.

Mon Guerlain, the proud symbol of 188 years history of Guerlain’s love for women

When you ask Thierry Wasseur, Guerlain’s in-house Perfumer, about his inspiration to create Mon Guerlain, he declares: “notes of a woman, the choices, emotions and dreams that embody modern femininity“. Guerlain story is actually a love story with women. While Guerlain’s perfumery was always a “man’s world”, the French luxury house created some of the most magical fragrances for women ever.

Pierre François Pascal Guerlain founded Guerlain in  1828. He travels to England in order to study chemistry, medecine and perfumery. He obtains the title of Doctor chemist. After a first experience in a soap factory, he came back to France and opens a first shop at 42, Rue Rivoli, at the ground floor of the Meurice Hotel. During the 19th Century, England is trendy and Guerlain’s products of powders and soaps became must-haves for that time. Being at the ground-floor of the Meurice in Paris, placed the brand in the hottest spots of the French capital. in 1883, l’Eau Imperiale is launched honoring Empress Eugenie de Montijo, spouse of Napoleon. In 1889, Aimé Guerlain launches Jicky, considered as the first modern fragrance. He created this special fragrance because of a broken heart. He was in love with a young british girl while living in England. Unfortunately we needed to come back to France and he never got the change to enter in a relationship with the young lady. So he decided to create a fragrance in honor of this impossible love. Here is a non-extensive list of Guerlain’s fragrances dedicated to the love for women.

“You always create perfumes for the women you love, whom you admire, and with whom you live” – Jacques Guerlain.

So we can see that Guerlain is probably the most “Perfumer in love” in the history of fragrances. Each creation is crafted to inspire women and please their companions. With Mon Guerlain, the French luxury house paints a personal story of a modern woman and only Angelina Jolie could be the best face to embrace this new creation.

As for every Guerlain fragrance, its flacon is a very important piece. Mon Guerlain’s flacon is Inspired by the historical Guerlain’s flacons. Mon Guerlain takes its shape with the straight angled flacon, in which the iconic design gets its inspiration in the pharmaceutical bottles, so typical from the industrial era at the beginning of the 19th century. The new flacon, rounds up the angles in order to bring a certain modernity. The fragrance has a light pink color that also generates a certain idea of femininity and youth, 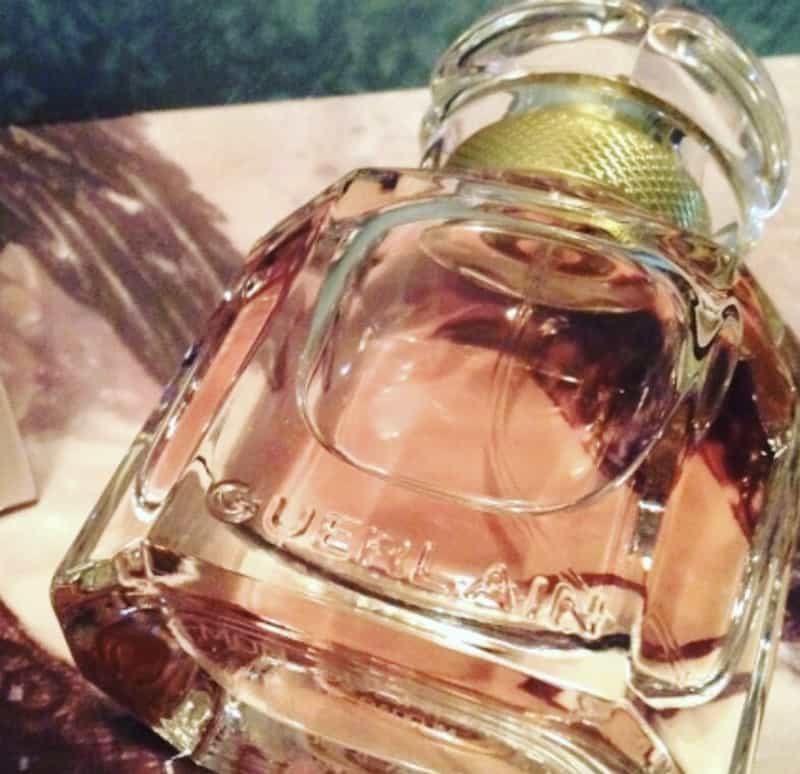 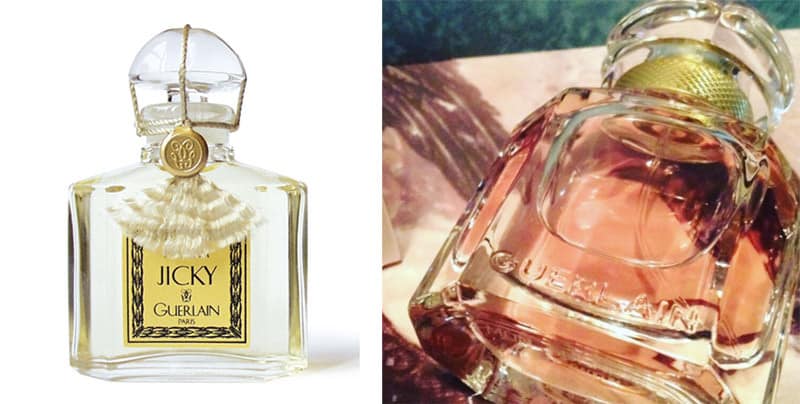 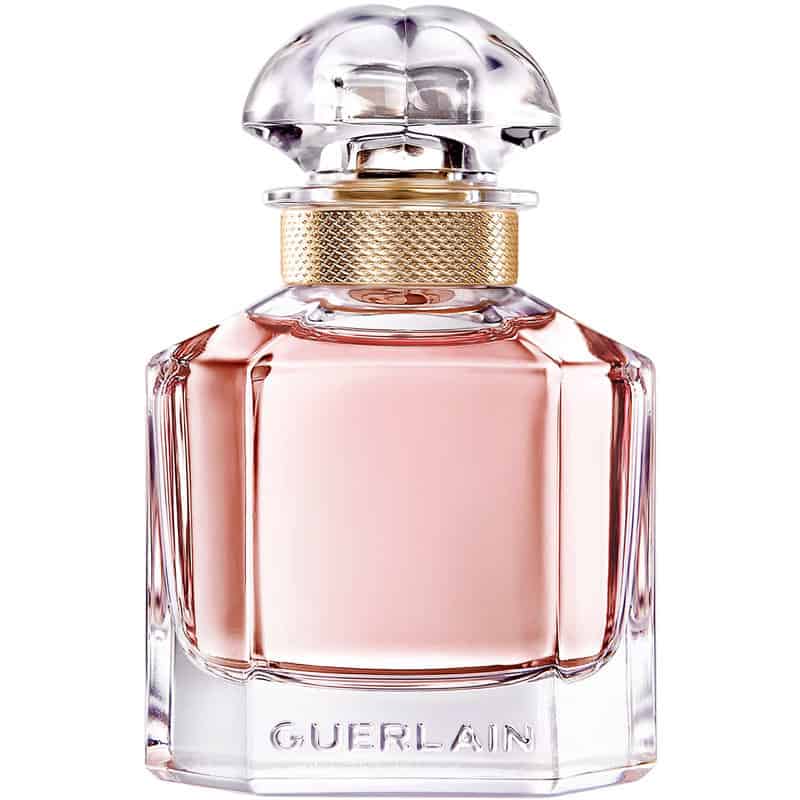 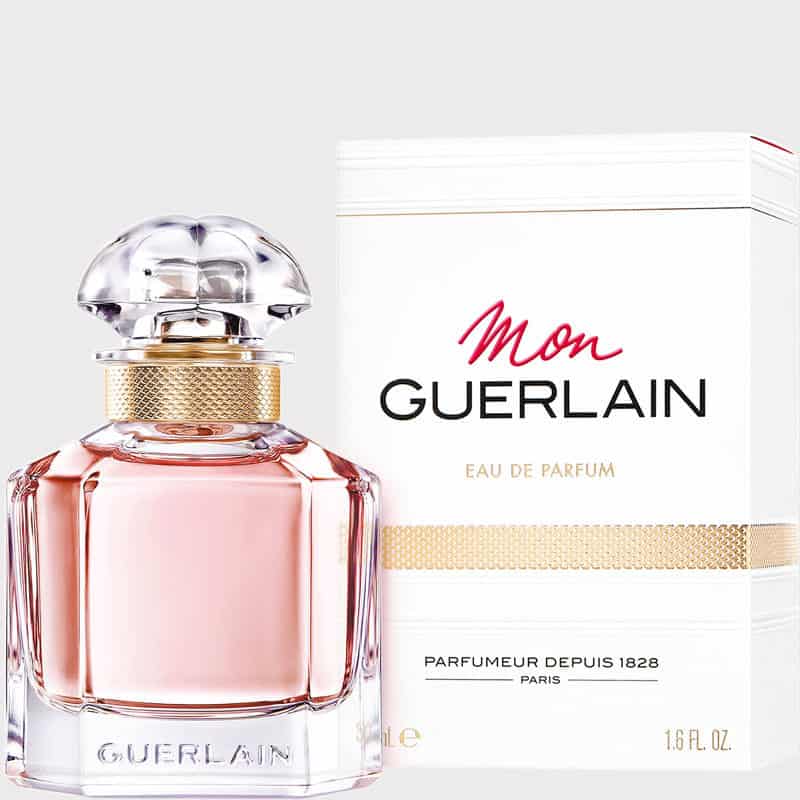 The Campaign will be signed of by Terrence Malick, worldwide known movie director. He is best known for his ambitious artistic projects and standard disregard for outwardly obvious commercial constraints. He is the author of Badlands, Days of Heaven, The Thin Red Line, The Tree of Life and To The Wonder. What the brand reports is the fact that Terrence Malick will feature Angelina Jolie in different facets of her personality as a woman and a mother.

The new fragrance will be launched in march 2017 and we will update this article as soon as more information will be revealed, especially around the scent. In the meantime you can connect to the brand official website to discover more about this amazing Fragrance house: http://www.guerlain.com