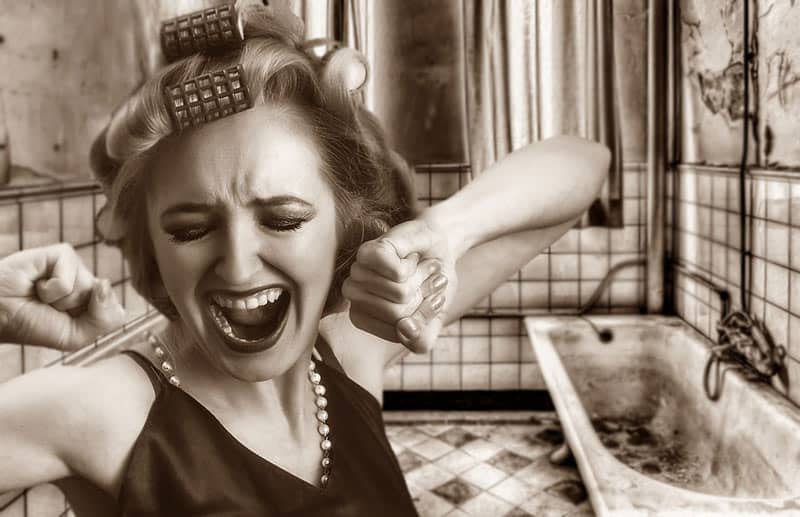 While Influential marketing has never been so powerful, it is time to put all cards on the table and accept that the influencer marketing model is coming to an end for a very simple reason: nobody is listening. It might sound provocative and even of a very bad taste but the reality is here. Brands and influencers have spent their time and money feeding an electronic beast that represented for many years a sort of marketing mirage in the middle of a chaotic desert. Let’s face it: the world wide web is infested by all sorts of worms: call them bots, fake accounts, click farms or other cyber diseases, the point is that nobody is online. And look to traditional media, they have never been so strong. Here is a quick look into this cyber circus. Welcome to Dante’s modern hell.

Wake Up Call: 37.9% Of Global Online Traffic is non-human

In 2018, Distil Networks estimated that one in five website requests were actually bad bots and not humans. Based on the analysis of hundreds of billions of bad bot requests over 2018, simple bots, which are easy to detect and defend against, accounted for 26.4 percent of bad bot traffic. Meanwhile, 52.5 percent came from those considered to be “moderately” sophisticated, equipped with the capability to use headless browser software as well as JavaScript to conduct illicit activities. A total of 73.6 percent of bad bots are classified as Advanced Persistent Bots (APBs), which are able to cycle through random IP addresses, switch their digital identities, and mimic human behavior.

The United States outstrips all other countries as a generator of bad bots. In total, 53.4 percent of bad bot traffic came from the US, followed by the Netherlands and China. The most blocked country by IP is Russia, together with Ukraine and India.

If we take a close look at the activity sector, the Finance industry is the most affected by bots with 44% of the estimated total traffic. Other areas like marketing/advertising are 43% or

Influencer marketing became the biggest hit in modern communications. We expect to see a total investment of USD 6.5Billion in influencer marketing in 2019 (TechCrunch). The principle is quite simple: rather than trying to convince people to buy your products and services, companies will convince influencers to talk about them and hopefully their followers would make purchases. Obviously, you need to find the right people to become the perfect brand ambassador. What is a good ambassador? Good question.

With the power of influencers, different new platforms developed a mass media impact. Blogs and social media exploded in the past 10 years. Today, 78% of influencers use Instagram as the main platform to communicate with their followers. Only 16% of influencers would use a blog platform as a primary communication tool and only 4% would use youtube alone. The Instagram influencer marketing represents today a budget of around USD 1.7Billion. The introduction of Instagram Stories in August 2016 has further boosted its popularity and the range of tools available to influencers. The Instagram influencer market is expected to hit $2.3 billion in 2020. In 2019, there will be an estimated 4.4 million Instagram posts using popular hashtags to denote advertising or promotion (techjury.com).

There is a lot of money invested in influencer marketing. When we look to return on investment, we estimate that for each dollar invested, you would receive around 5 dollars value of earned media, which is a great PR valorization. Unfortunately by creating a real marketing business, all influencers get paid to talk about products. When you see that pair of jeans or that beautiful bag or fragrance in that Instagram post, there is for sure a commercial contract between a brand and the influencer. In this case, we should be able to see the clear labeling of “sponsored posts” with the paid partnership. According to the FTC guidelines, only 11% of influencers are strictly applying a clear tagging. This means that most of the things you see on your preferred influencer posts, do not come from his heart but from his commercial contract.

The Difference Of A Bad Bot And A Good Bot?

When you get a closer look into traffic analysis, reports often talk about good bots and bad bots. It is all non-human online traffic but what is the difference? First of all a bot is a computer programme that will scan the world wide web for multiple reasons. It automate certain interactions with web properties and most of the time it performs useful tasks to improve the end user experience. There are good bots and bad bots. Here are some examples of good bots:

The simplest example is when you ask Siri (your iPhone personal assistant) to answer your question. Siri will scan the internet to find your answer, which can count as a visit to a website that has the information. These good bots generate millions of visits to websites every day, that is why the % of fake traffic is so high on the internet. Blocking bad bots is the practice of detecting and preventing unwanted bots from visiting a website or application. … Bad bots can be used for many different purposes, such as price scraping, DDoS attacks, account takeover, and many more malicious ways that defraud a brand or website. You can also use bad bots to generate more traffic to your website so you can make more money out of online advertising and product placement.

Social Media became the best platform for influencers to reach their audiences. There are very good reasons why social media, and especially Instagram, became such a popular way for influencers to deploy their lives. First of all, it is easy to maintain and to feed. There are no costs to maintain a page or account whereas a blog (website) requires technical skills and a certain annual cost for hosting and web services. Social media is quick and you can harvest fast results. Posting a picture, a video or simply some text only takes a couple of seconds while a blog post will require more time. Last but not least, companies can immediately the engagement of their content on the influencer social page while they would need more sophistication to track a blog post. Social media becomes a win-win situation for everybody. In addition to the above points, we could add the discoverability of content. While a blog requires a lot of effort to make your content visible, social networks like Twitter and Instagram provides a very interesting level of “organic visibility”. When Kylie Jenner asks for one million dollars for one post on instagram, it is because she has a follower base of 149 million people. Each post receives in average five million likes and around thirty thousand comments. Therefore the reach for such a post is quite cost efficient. Unfortunately there is a catch. Instagram counts around one billion users. According to social bakers there are probably between 95 to 100 million fake accounts made and ran by bots in the platform. So we can imagine that a lot of influencers make business with fake accounts, consciously or not.

Of course, we are not saying those influencers have consciously bought fake followers. Bots are more and more intelligent and in order to survive within , they need to fake more and more human behaviors. One of them is to follow and to interact with other’s accounts. Each day you can see Instagram users interacting with your posts and wondering who they are as username and feed seem awkward. They are probably fake accounts and you should get rid of them.

Youtube became as well another mass broadcasting tool for influencers. No matter if you are a beauty blogger, a soccer aficionado or simply someone passionate about video and something else, youtube is for you. Brands got interested in V-loggers because video overcome images that overcome text. Youtube is considered as the second biggest search engine in the world (just behind Google) and one of the most popular topics on the video platform is product recommendation. Tutorials, unboxing, product-testing… there are many different ways for a person to make his own opinion about a product and youtube is one of them. With 1.3 billion users and more than 300 hours of videos uploaded every minute, Youtube is by far the biggest video platform in the world. So brands got very interested in collaborating with those video influencers. How the business is traded between an influencer and a brand? Well, it is all about video views and completion rates. So, the more video views you have, the more money you make. It is quite easy to understand why some fraudulent companies started a big business by selling fake video views on the platform. These video views cost a few pennies and come from computers that try to fake human behaviors. The New York Times wrote an article about it, showing that companies like devumi.com sold almost 200 million video views in the past three years for a total budget of USD 1.2Million.

At The End, Traditional Media Wins

The concept of “Fake” exponentially increased over the years. We tend to say that we are in the Fake era.

Everything seems fake and the world trash web is much bigger that one can imagine. In all of this, we see traditional media is not dead, on the contrary. While journalists spent their time talking about the slow death of print and TV, media companies who stand for something have been experiencing great growth. This is because people values a great source of information with ethics. The first good example is the New York Times. Currently, US-based news media declared 4.7 million subscribers. It is a 4% year-on-year growth from which half subscribed to the online products. The New York Times has the ambition to reach 10 million subscribers by 2025 and knowing all the efforts they are putting to accomplish this target, they will for sure succeed.

Television remains pretty stable with an average listening time of 2h45m per person. Some areas like Asia has even an increase of 3 more daily minutes per person. If we analyze a couple of major tv broadcast events, we can see all ratings are up.

Last May, Instagram announced they are running some tests in several countries in hiding posts’ likes from people’s feeds. Their idea is that people should focus on the content rather than on the most liked posts. This initiative started in Canada, Australia, Brazil, Ireland, Italy, Japan, and New Zealand. Instagram believes it will relieve the stress and the pressure of likes which is not good news for Influencers that are supposed to maintain a certain level of engagement for their commercial partners.

But Instagram says that the test would not affect measurement tools for businesses, and likes, like followers, are easily replicated anyway by bots, making engagement rates increasingly less important. Obviously, people would have access to their own metrics but on a realistic base, the content with a great number of likes will be competing with content having a low amount of likes. Therefore it might mean the slow death of influencer marketing on Instagram.

From Bloggers to Instagramers and finally to Influencers, things year after year became too artificial and it has been a game of numbers. The way digital life has evolved, reality has been changed and the rules of influencer marketing do not mean anything anymore. Well, until we find the next game.

The World After Covid-19: Three key things that will change forever​.

4 Luxurious Updates for Your Home