The history of perfumery saw millions of fragrances launches. In the past 15 years, there has been between 400 and 1000 fragrances launched every year. Out of all these launches probably only one or two would still be around after 5 years. Some fragrances are commercial hits not made to last, others became market leaders and a few were literally creative UFOs. These outstanding fragrances came out from unique creative universes and met their audiences across the years and for some, even decades. They are truly inspiring and became olfactory references to the market. 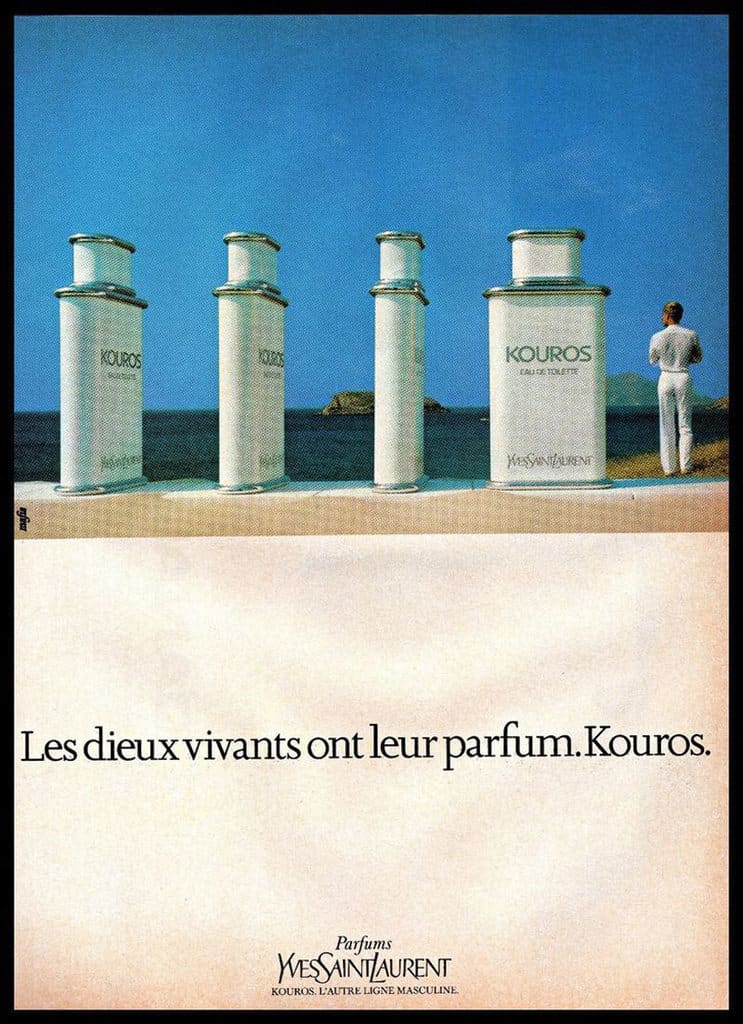 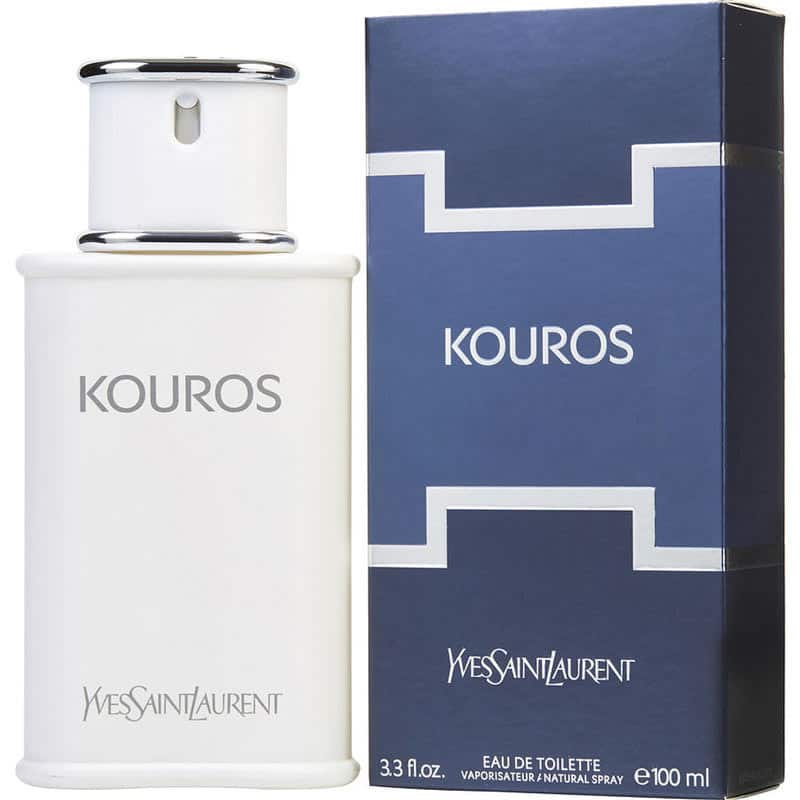 When Mr Yves Saint Laurent went to Greece, he was fascinated by the majestic beauty of the landscape and impressed by the elegant masculinity of greek men statues.

“I had been fascinated by the blue of the sea, the sky, the intense freshness which emanated from this universe dedicated to beauty. At the same time, I saw the statues of these young men who are the splendor of Greek statuary . … I had my new perfume. And its name.” – Yves Saint Laurent.

The fragrance was created by Pierre Bourdon and launched in 1981 with the tagline: “a fragrance for living gods”. It became quickly a reference for masculinity and power. It would give charisma to those who did not have any and self confidence to those who would wear it. The olfactory structure is an Aromatic Fougere with a strong recognizable signature and trail. The fragrance opens with a sparkling freshness made of Bergamot, Coriander and Wormwood. The story pursuits with a strong architecture built around Geranium, Carnation and Cinnamon supported by a masculine base of Patchouli, Vetiver, modern Musks and Amber. I personally see a hint of Cumin that makes the deal. Kouros is a very powerful fragrance, completely written in the 1980’s history. This fragrance opened the field of creation to amazing fragrances like Zino by Davidoff or Le Male by Jean-Paul Gaultier. 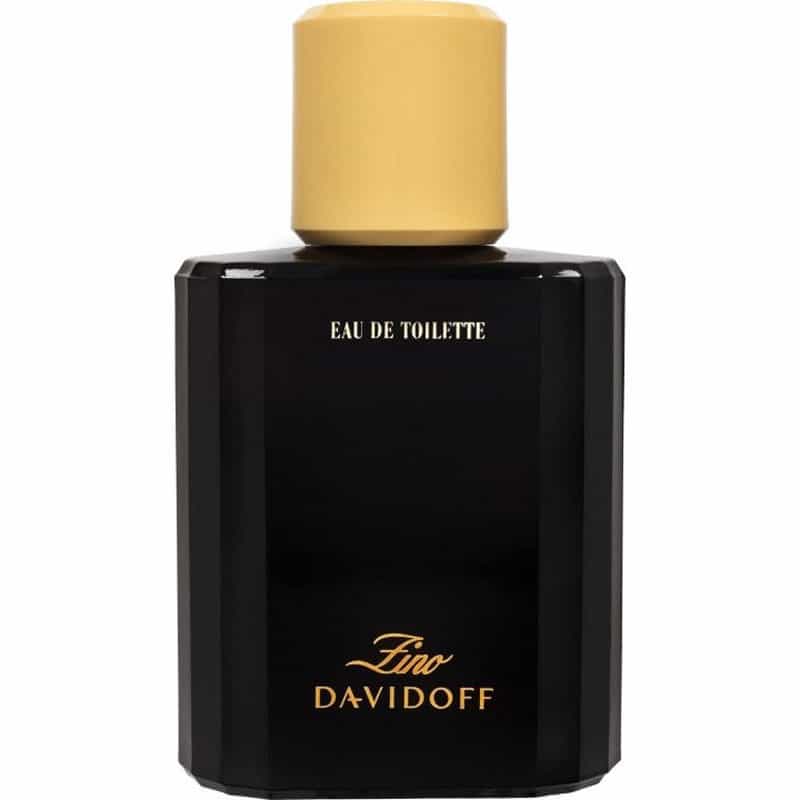 Zino Davidoff is a strong brand who challenged the years by installing itself as a timeless advocate of elegance. It was probably one of the first sexy fragrances for men. It was created by Michel Almairac. This oriental structure is built with around amazing indomitable fragrance ingredients: Patchouli, Vanilla, Tobacco and Leather notes. Zino became the engine of ambition and freedom for many young men in the 80’s and contributed to the definition of modern masculinity. With a discreet charm, Zino by Zino Davidoff is created for the man who knows how to enjoy life by demonstrating an incomparable style. 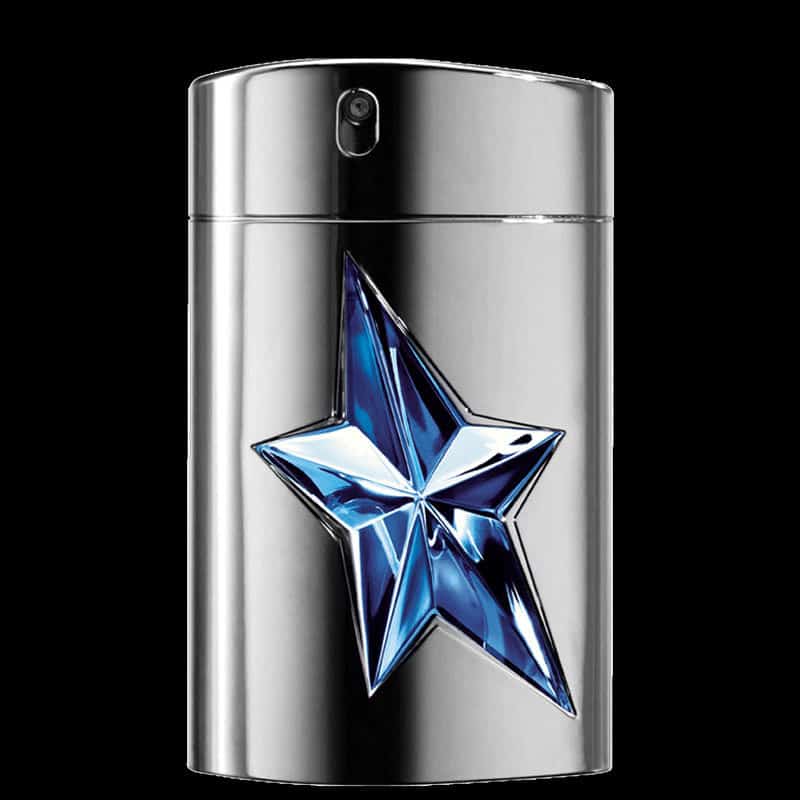 When Thierry Mugler launched Angel in 1992, it opened a new door of olfactory creation where freedom of creativity, audacity and signature were part of the scope. In 1996 with the launch of A*Men, masculine perfumery has never been so challenged. The fragrance was created by Jacques Huclier. It was a true titanic fight to master the unmastered in order to build this Oriental woody structure. The first moment of the fragrance opens with a striking freshness of Bergamot, Lavender and coriander. The olfactory adventure pursuits with a powerful accord made of Atlas cedarwood, Patchouli and Coffee. This is a true man’s signature! The fragrance is wrapped into a facetted bloc of Styrax, Musks and Tonka Beans. By wearing this fragrance you will wear the suit of heroes! 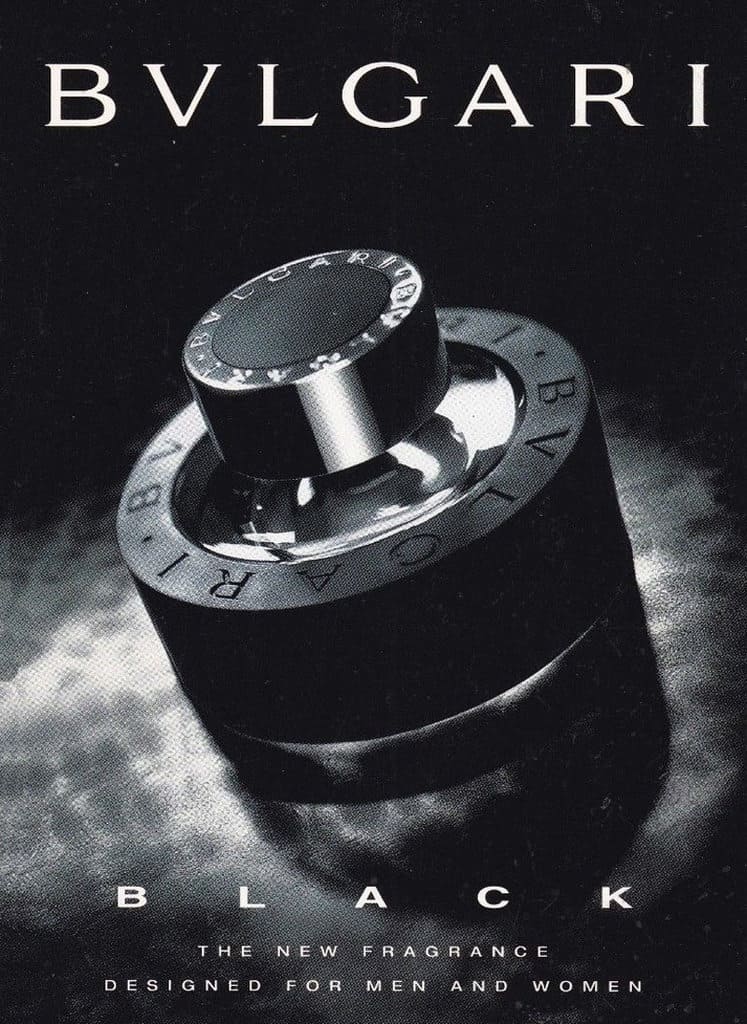 When Annick Menardo created Bvlgari Black in 1998, she developed a fragrance for both men and women. It had been a while that such leather notes were not used in perfumery. The end result is a true UFO living now in the market for more than 20 years. Bvlgari Black opens its story with a fresh combination of Bergamot, Lime and Green Tea. It brings a very contemporary impression of a traditional freshness that makes this fragrance very intriguing from the very first minutes. The heart of this olfactory story is shaped thanks to a woody structure (Cedarwood and Sandalwood) followed by a powerful and luxurious base of Leather, Vanilla and Amber. A true power bomb. 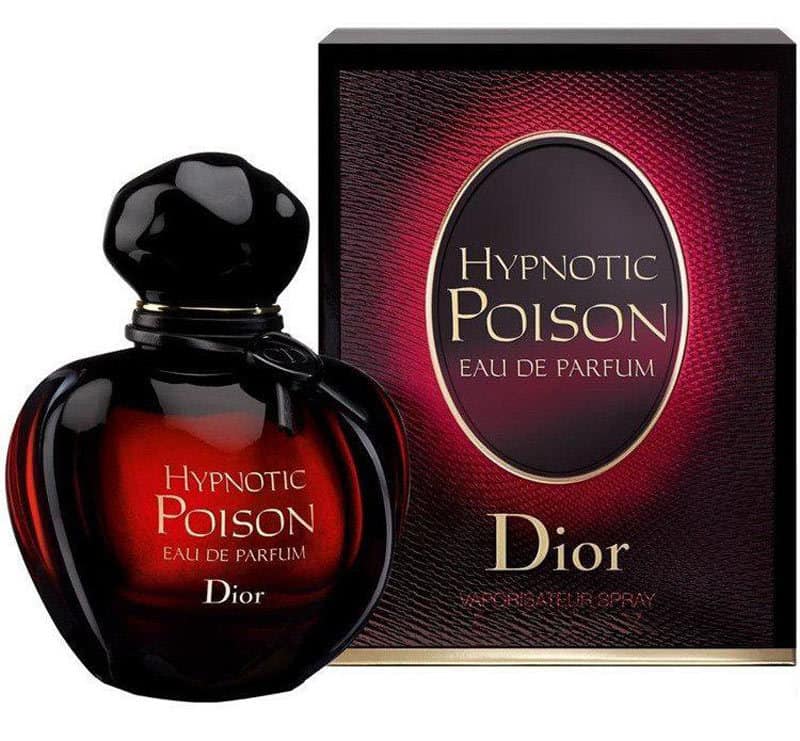 With all our due respect, we need to say that Annick Menardo‘s creativity was definitely on fire at the end of the 90’s. 1998 was also the year of another fantastic launch: Hypnotic Poison. This olfactory bomb came to end a chapter of transparency and unisex fragrances. Gender was back on track and Hypnotic Poison delivered a kind of femininity that you would be ready to die for. It was also the mark of Christian Dior’s renewal just before the tremendous hit of J’Adore. Hypnotic Poison is the revival of Poison at Dior. It showcases a dangerous and hypnotic femininity to please the women who wear it and the men who will be seduced by them. The olfactory story builds firstly with the “out-of-this-world” Bitter Almond and Caraway accord. It gives immediate signature and distinction. The floral opulent hear develops thanks to a wild Sambac jasmine note. The fragrance spell pursuits with a bewitching and mysterious facet of oakmoss and Jacaranda wood. The sexy trap is completed with Vanilla and Musks. 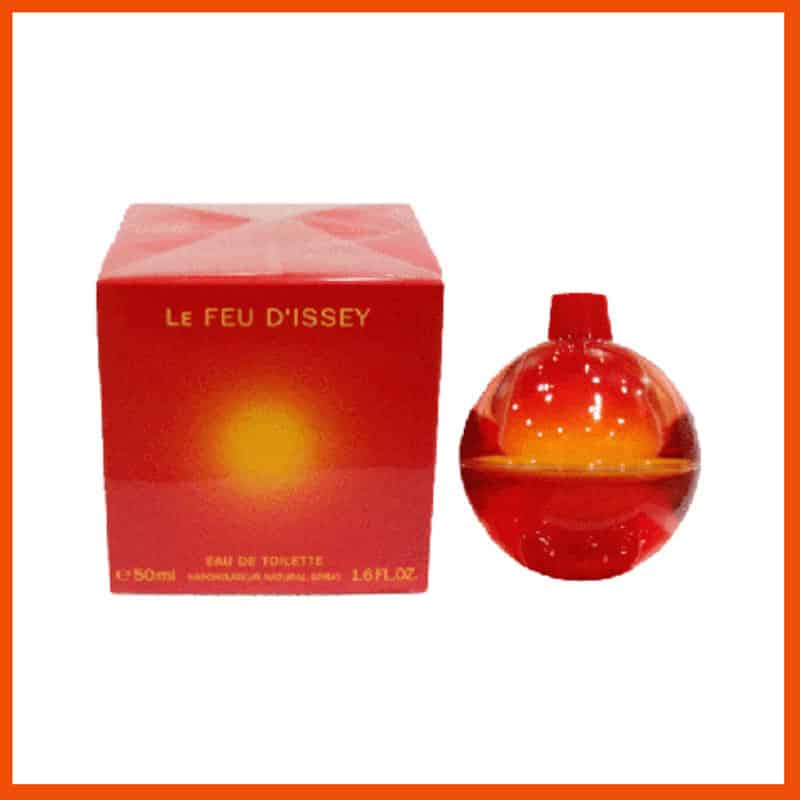 What can we say about 1998 apart from: “what a year!”. This year was also the launch of a very special and “one of a kind” fragrance called Le Feu d’Issey by Issey Miyaké. The fragrance was created by Jacques Cavallier and it is by far one of the biggest olfactory surprises of all. The fragrance itself is hard to be described as it is such an unusual collection of original notes. The olfactory impression of this fragrance shows a beautiful Rose note dressed up with an aromatic-coconut accord, followed by a tremendous powerful milky, woody and spicy body. The fragrance is like the shape of its flacon: a round soft red ball of fire! 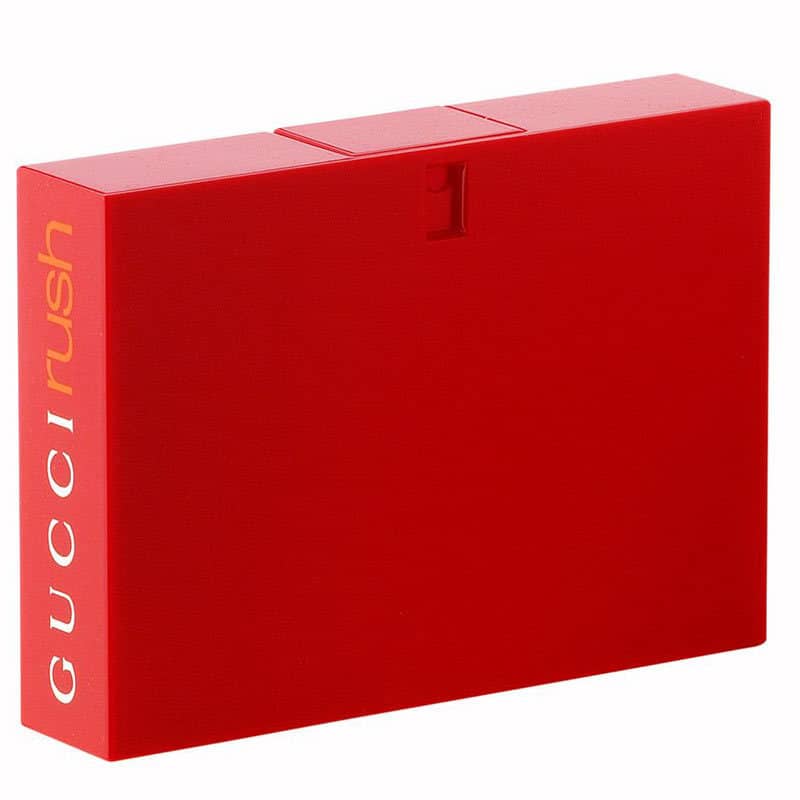 The end of the 90’s was openly dominated by the return of gender and a new sexualization of fragrances (and its communication campaigns). Sex sells and one of the masters of it was definitely Tom Ford. When he was the Artistic Director of Gucci he dramatically increased the desirability of the brand by playing with this soft-porn trend. Not sure if everything was of great interest but he did launch one fragrance that became a true reference point for perfumers over a decade: Gucci Rush for her. It was probably the first fragrance to dare revisiting one pillar olfactory family: the Chypre. Gucci Rush was definitely the first modern Chypre that opened the way to many more. The fragrance was created by Michel Almairac and it was built in the manner of an explosive cocktail of exotic flowers: California Gardenia, South Africa Freesia, Jasmine from Madras and Damascus Rose. The floral sexiness is intensified by a powerful woody richness of Patchouli and Bourbon Vetiver. Vanilla comes to round up some angles and create a tremendous desirability. 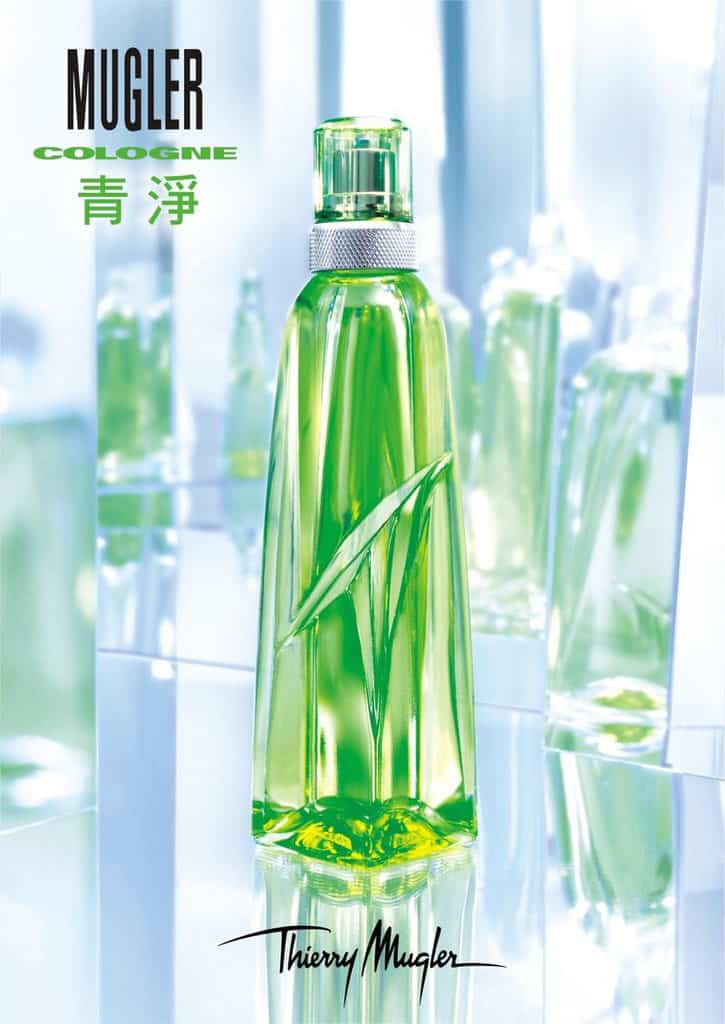 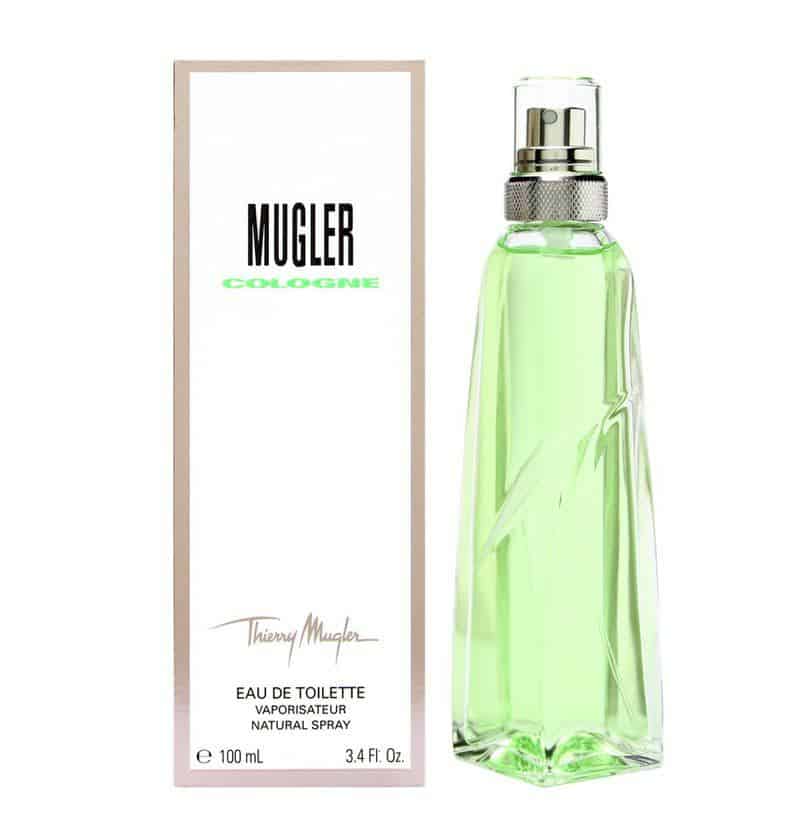 How to revisit centuries of perfumery and add an original touch that will make a blast in the fragrance market? This was the mission for Mugler Cologne, a fragrance launched by Thierry Mugler in 2001 and created by Alberto Morillas. The inspiration comes from a simple piece of soap that Thierry Mugler found in one of his trips. Drawn from the 14th century, the fragrance revisits the cologne family by adding a new sensuality to it.

The aim of this article is to remind us all that despite of all the commercial soups that unfortunately came accross the perfumery market, there were fragrances that set up new standards and proved that creativity and courage have always existed in the fragrance industry. Leading brands have a strong responsibility to maintain, support and develop olfactory creativity in order to surprise, seduce and conquer the heart of customers.

Some of these fragrances showcased in this article are not anymore officially commercialized. You can still find them online in certain e-stores. Others are proudly still part of the brands collections. Enjoy.